Home Summer 2010 Bringing Down the House

Earthquake-prone cities like Kathmandu in Nepal, Japan’s Tokyo and Turkey’s Istanbul, have fast-growing populations that could suffer devastating damage when a large earthquake hits.

For his third weekend jaunt to Haiti in less than two months, CU-Boulder earthquake expert Roger Bilham packed in a frenzy. On the eve of his departure, Haiti’s unnecessary loss of human lives weighed on him as he prepared to address a meeting of reconstruction policy-makers in Port-au-Prince. 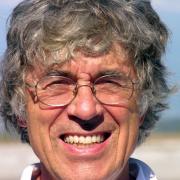 Since the turn of the century, earthquakes — including tsunamis — have directly or indirectly claimed the lives of more than 640,000 people, four times more than in the preceding two decades, and proportionately more than the global increase in population would anticipate, according to Bilham.

But many of these deaths were preventable. Ill-constructed buildings have become weapons of mass destruction, Bilhams says. If buildings are not made earthquake resistant, the death toll will continue to rise as cities grow in population, he projects. 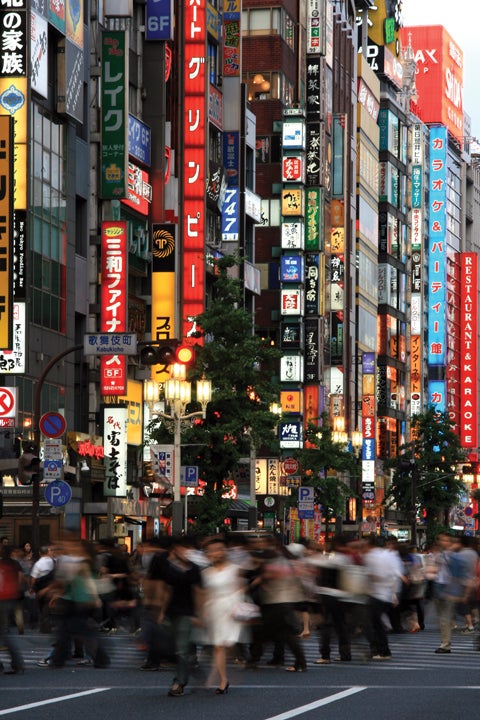 Bilham is one of a large number of CU-Boulder experts in structural geology and geophysics who do critical earthquake studies around the world. These scientists are making detailed pictures of the Earth’s crust and mantle, using Global Positioning System (GPS) and satellite radar to see how earthquakes alter the Earth, and even studying tectonics in relation to climate change over time. Bilham takes his research in another direction by studying the seismic future of cities, calling attention to serious social issues plaguing many earthquake-prone areas.

As one of the first seismologists to visit Haiti’s devastation, Bilham returned home to write a Feb.18 opinion piece for the journal Nature. In it he pleads for enforcement of earthquake-resistant construction.

“It is time to formulate plans for a new United Nations mission— teams of inspectors to ensure that people do not construct buildings designed to kill their occupants,” he wrote. “The catastrophic earthquakes that have occurred since 1999 in Turkey, Taiwan, Sumatra, Kashmir and Sichuan demonstrate that elementary engineering guidelines for earthquake resistance in crucial civil structures (schools, hospitals and fire stations) have been alien concepts to local authorities or have been ignored.”

Illustrative of Bilham’s research is the contrast in loss of life between Chile’s 8.8 earthquake on Feb. 27 that was 500 times stronger than Haiti’s 7.0 on Jan. 12. Haiti suffered more than 230,000 deaths, while Chile’s quake killed about 500. 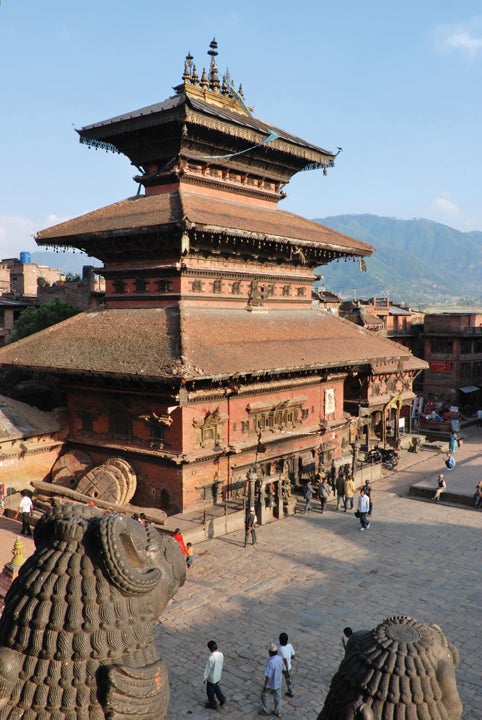 Bilham emphasizes that quake devastation casts a global burden that could be “significantly reduced” with minimal construction guidelines. Eighty-five percent of all deaths from earthquakes occur from Spain to Indonesia, and every house in that belt needs resistance, he says.

“(But) if your country lives on corruption with bribery on every level, it’s almost certainly going to be prevalent in the building industry,” he says. “Construction is the most lucrative industry in the world. I’m a bit disappointed because the world of engineering knows exactly how to build [earthquake-resistant] buildings.”

The greatest hurdle is no longer in designing cities to be earthquake resistant, but finding a means to keep corruption and bribery out of the lucrative construction industry, so building regulations and codes are applied properly.

A country’s transparency index ranking has a direct relationship to the number of people killed by earthquakes, according to Transparency International, the global nonpartisan anti-corruption group. Again, Haiti’s and Chile’s experiences in weathering the recent quakes provide a glaring example. Haiti ranks 168th on the world corruption index while Chile ranks 25th. Eighty percent of Haiti’s population lives below the poverty line versus 18.2 percent in Chile. 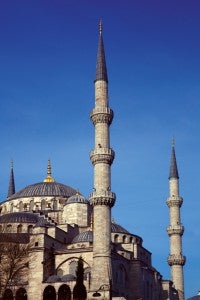 “In Chile, the death rate was remarkably small for such a large quake over such a wide region,” he says. “It tells you that earthquake-resistant construction really pays if you’re interested in saving lives.”

Bilham points to Kathmandu in Nepal,Tehran in Iran and Turkey’s Istanbul as primary examples of cities with seismic activity and insufficient building codes.

“Although we can do it right . . . human nature is battling human intelligence and integrity,” he says. 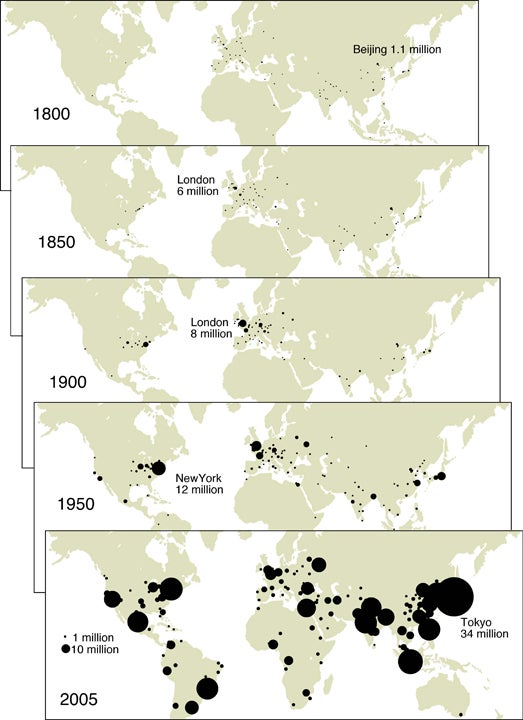 In 1800 Beijing became the first city since ancient Rome with a population exceeding 1 million. Urban populations have increased tenfold since 1900, and many of the megacities are on earthquake faults. Courtesy Roger Bilham.

Transport in and out of Haiti nearly came to a halt after the earthquake struck, but getting scientists in to study the moving fault was clearly a priority.

“We are rushing around trying to measure the adjustments to the earthquake,” Bilham says. “It set up a new set of stresses that are redistributing themselves.”

A secondary earthquake will most certainly occur, he says, forecasting a 7.2 to 7.5 magnitude.

“There’s a lot to worry about with future seismicity,” he says.

Curiously, the top three or four surface kilometers along the Caribbean and North American plates did not slip during the Haitian earthquake. But measurements indicate there were 10 to 20 centimeters of uplift. While a 50-kilometer section of the fault slipped deep in the Earth, the surface could still be creeping and trying to catch up — a best-case scenario since there would be no jolt, Bilham says. He’s actively observing the fault using a broad array of instruments that measure to 1 millimeter accuracy, including GPS, radar, seismometers and the newly installed tide gauges he hauled down in his carry-on bags.

Bilham has creep meters on the mighty San Andreas Fault in California, GPS in the Himalaya, tiltmeters in Italy and a team of students working to understand the tectonics and strain changes in India, Pakistan and Baluchistan. That India-Asia plate boundary scenario mirrors Haiti.

“It’s exactly the same thing, moving at the same rate and velocity . . . and like Haiti it hasn’t had a quake in the
last 200 years,” he says.

Scientists are able to forecast earthquakes at a particular point on a fault, and even their magnitude — but predicting exactly when they will happen is impossible. That’s why building codes become critical.

“Saying there will be a magnitude 7.5 earthquake sometime in the next 30 years in Los Angeles is helpful because they have to keep their building codes organized and up-to-date and they have to build accordingly,” Bilham says. “Such a forecast was made for Haiti . . . but that was only made five years ago. Nothing could happen in those five years.” 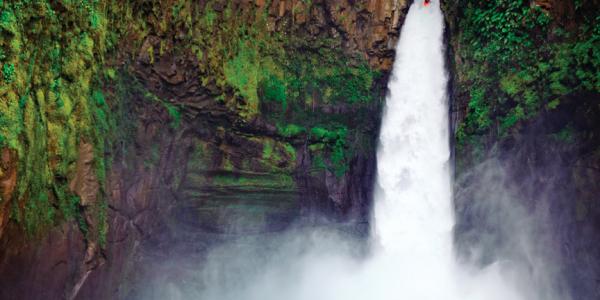 Wired To Be Wild

What drives the attraction to risk among certain youth? According to a growing body of research from CU’s Center on Antisocial Drug Dependence (CADD), as much as 80 percent of it may stem from their DNA. END_OF_DOCUMENT_TOKEN_TO_BE_REPLACED

Two CU Boulder scholars, one named Zax, find value in having a last name that starts near A. END_OF_DOCUMENT_TOKEN_TO_BE_REPLACED