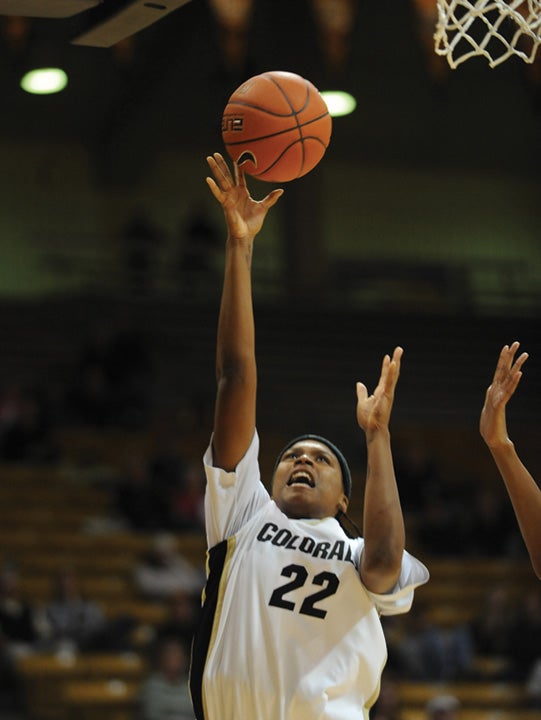 Junior Brittany Spears was Big 12 co-player of the week in November. Photo by Ray Miller

With a couple of freshmen from Colorado providing a lift, the women’s basketball team posted its second-best nonconference record in Kathy McConnell-Miller’s five seasons as CU coach (10-3). The Buffs had won 10 of their first 11 home games as of Jan. 9, but one of their road losses came against rival Colorado State.

Freshmen Chucky Jeffery from Colorado Springs and Meagan Malcolm-Peck from Boulder earned starting spots early on and were two of the Buffs’ statistical leaders in nonconference play. Malcolm-Peck and Jeffery were each named Big 12 freshman of the week once in the first half of the season. Junior Brittany Spears, who averaged almost 20 points and nine rebounds in the first half of the season, was Big 12 co-player of the week in November.