Barringer Runs Off With More Accolades 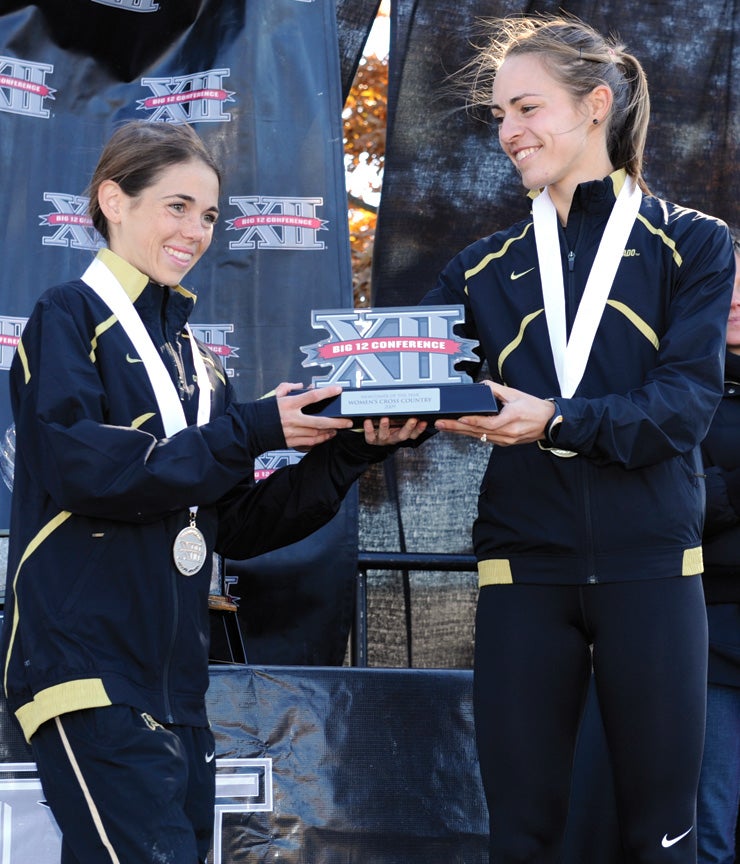 Jenny Barringer’s (Econ, PolSci’09), right, 2009 track and field season was possibly the best ever recorded by a collegiate athlete, male or female. She signed on with New Balance in January. At left is freshman Allie McLaughlin who placed fifth at the NCAA meet in November. Photo courtesy of CU athletics.

Jenny Barringer (Econ, PolSci’09), who set six NCAA records as a senior, was given the inaugural Bowerman award, which recognizes the outstanding collegiate women’s track and field athlete in the nation. Barringer won two NCAA track titles as a senior (the indoor 3,000 and the steeplechase), giving her a CU-female-record four for her career. She didn’t lose a college race during the 2009 track season.

Barringer, the Big 12 and NCAA regional champion in cross country, struggled in her college finale, the NCAA cross country meet, where she was considered the prerace favorite. She fell during the race and finished 163rd.

“She’s had a lot of great races for us and was probably bound to have one not-so-great one,” coach Mark Wetmore says.

Freshman Allie McLaughlin earned All-America honors with a fifth-place finish at the NCAA meet where the CU men placed sixth in the team standings and the women 20th.