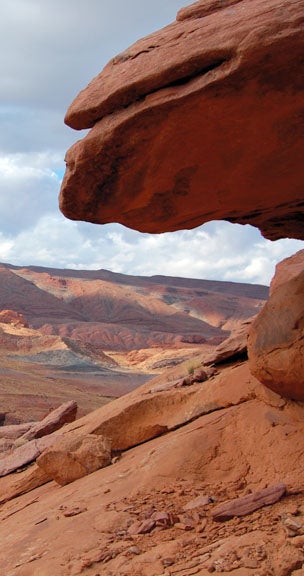 [Editor’s note: While CU-Boulder researchers concluded that remains found in Utah were those of Southwest artist and poet Everett Ruess as reported in the story below, they were proved incorrect. Another analysis revealed the remains may be Native American.]

In November 1934 Everett Ruess, a 20-year-old artist who explored the Southwest in the early 1930s, stepped into the Escalante post office in Utah. He was mailing a letter to his brother in California, explaining he would be hiking the Colorado River area and would be out of touch for a month or two. Several days and 50 miles later, two sheepherders shared a campfire with Ruess amid the desert’s lonely sagebrush country.

They were the last to see him alive. Although his two burros were found later near the camp, he vanished without a trace.

His mysterious disappearance has haunted Southwestern folklore ever since, spawning documentary films, books, songs, magazine articles and a T-shirt line. He even merited a chapter in Jon Krakauer’s book Into the Wild (Anchor) about another young wanderer, Chris McCandless, who disappeared into the Alaskan wilderness in 1992 only to be found dead by a hunter several months later.

Yet, 75 years after Ruess vanished, the mystery has been solved, thanks to a persistent journalist, a dark family secret that came to light and high-grade detective work by CU-Boulder scientists.

The clues pile up

The son of a minister and an artist who grew up in Los Angeles, Ruess is well known for his artwork — including watercolors and woodcuts of Southwest landscapes — as well as extensive, romantic journaling of his travels. He was photographed by famous American documentary photojournalist Dorothea Lange and swapped photos with Ansel Adams. Despite his young age, Ruess’ wanderlust and love for wilderness drew people to him.

The unfinished saga of Ruess captured the attention of David Roberts, a journalist who probed the Ruess disappearance for nearly two decades, drawn by the young man’s romantic, unbridled zeal for escape into the wilderness. 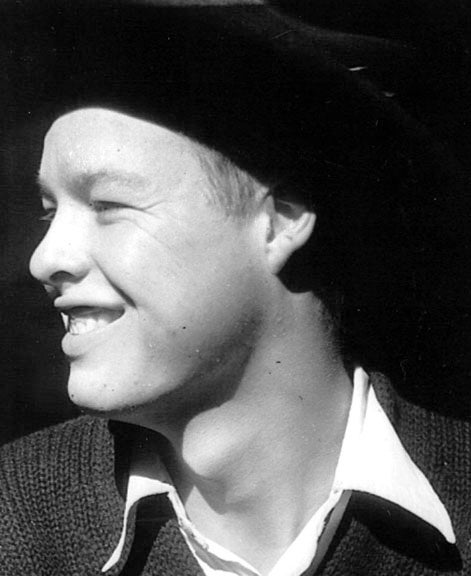 Although he only lived to age 20, Everett Ruess befriended artists like accomplished photographer Dorothea Lange who took this photo of him. At right, Ruess walks with his burros. Dorothea Lange, American, 1895-1965, Untitled (Portrait of Everett Ruess), 1933, © The Dorothea Lange Collection, Oakland Museum of California, City of Oakland. Gift of Paul S. Taylor.

“Nearly 65 years after Ruess disappeared in the Escalante Desert, you can rouse a lively debate in almost any bar between Santa Fe and Flagstaff over the possible ways he met his fate,” wrote Roberts in a 1999 article in National Geographic Adventure magazine.

During his quest, Roberts hiked much of the same land as Ruess and spent three days in Davis Gulch where the young explorer disappeared, searching for answers. Despite all of the leads Roberts followed, including interviews with dozens of people in the region, he was no closer to solving the case.

The unraveling of the mystery started with a dark family secret that came to light in 1971. That year, a Navajo named Aneth Nez told his granddaughter, Daisy Johnson, that he witnessed from afar the murder of a young white man near Bluff, Utah, in the 1930s by Ute Indians. Nez told her he buried the body in a crevice on nearby Comb Ridge, a jagged, 80-mile-long ridge of Navajo sandstone peppered with yucca and piñon pine that stretches from Blanding, Utah, into northern Arizona.

Thirty-seven years later, in May 2008, Johnson shared the story with her brother, Denny Bellson. Using Johnson’s directions, Bellson located the burial site in a crevice, found the remains of a saddle and bleached bones and contacted FBI agents in Monticello who visited the site and took photographs. After the enterprising Bellson did a Google search using the keywords “missing persons,” “1930s” and “Arizona/Utah,” his computer screen filled with stories and theories about Ruess.

Bellson, familiar with Roberts’ fascination for Ruess, contacted him. Roberts called Ron Maldonado, supervisory archaeologist at the Cultural Resource Compliance Section of the Navajo Nation in Chimney Rock, Ariz. Maldonado conducted a detailed examination of the burial site and determined the remains were likely Caucasian. But tests attempting to match mitochondrial DNA from a molar belonging to Ruess with hair from a hairbrush belonging to his late brother, Waldo, were deemed inconclusive. This was because DNA from Waldo’s hair was found to be “degraded.”

The dogged Roberts next called CU-Boulder anthropology professor Dennis Van Gerven, widely known for his forensic talents. Van Gerven’s studies of Nubian peasants in the Sudan living under the thumb of vassal kings more than 1,000 years ago showed they were in poorer health and died younger than peasants living there after the political system collapsed. In 2006, he and CU law professor Mimi Wesson solved a 130-year-old mystery of a slain Kansas man named John Hillmon through forensic sleuthing — a case that generated several exhumations and two U.S. Supreme Court rulings.

The bones of contention

“I get calls all the time from people who have found bits of bone here and there they believe are human and want me to identify them,” he says. “Most of them have been watching way too much CSI. But when we found out there was an entire skeleton out there in the Utah desert, we started packing.”

Van Gerven and doctoral student Paul Sandberg (MAnth’06) drove to Comb Ridge, excavated the remains and brought them to campus with the Ruess family’s permission.

The duo did an analysis of the teeth and bones to determine the sex, age and stature of the person. Wisdom tooth eruption, pelvic structure, bone growth markers and femur length indicated a medium-sized male roughly 20 years old — dimensions that closely matched those of Ruess.

Next, they began a painstaking reconstruction of the fragile facial bones, stabilizing them on a ball of clay. Sandberg used Adobe Photoshop to superimpose photos he took of the remade face onto a frontal portrait of a grinning Ruess and a profile portrait of him, both taken in the 1930s by famed photographer Dorothea Lange.

“The next step was to match two points on the photos of the bones to their respective positions on the portraits,” Sandberg explains. “If the other anatomical points did not match, we could exclude Ruess. But all the points fell into place. The jaw fit, the curve of the nasal bones fit, the rim of the eye orbit fit and the bridge of the nose fit.” 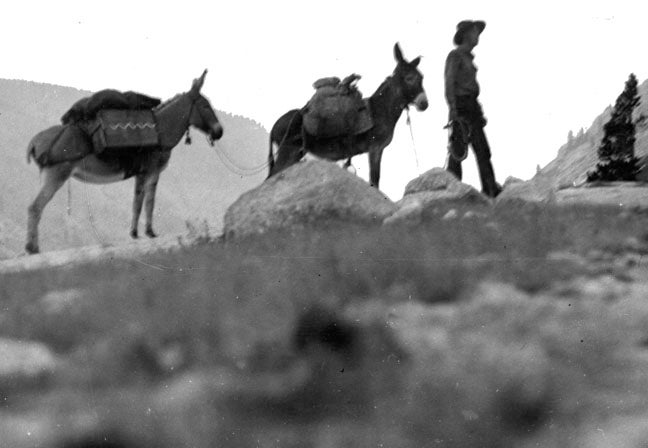 Courtesy of EverettRuess.net, used under license

They spent a lot of time making certain that the skeletal images superimposed on the Lange photos remained anatomically exact and were in no way altered by the technique, explains Van Gerven. But they wound up with a constellation of evidence that was a remarkable match to Ruess.

At the end of the day, the two had a male about 20 years old, 5 feet 8 inches tall with facial bones that precisely matched the photographs. They concluded it was very, very likely that this was Everett Ruess.

But they also knew the final arbiter in this case would be advanced genetic testing.

It’s all in the genes

When Krauter got a call from Van Gerven about the Ruess case, he couldn’t pass it up.

“Frankly, I had never heard of Everett Ruess,” he admits. “But the case sounded interesting, so we decided to pitch in and do some genetics testing.”

Krauter, an expert in DNA analysis, enlisted his long-time associate, CU-Boulder research assistant Helen Marshall, to help with the preparation of the DNA. Marshall took two small femur fragments and prepared them by grinding and liquefying them, subsequently extracting DNA samples.

The team used techniques developed as a byproduct of the Human Genome Project that permitted them to assess the passing of DNA markers from one generation to the next.

“We used the most stringent protocols and standards available,” Marshall explains. “The results were totally blind in the sense that the computer doesn’t have an opinion in terms of the DNA marker matches.”

High-tech “gene chips,” or microarrays, provided Krauter and Marshall with 600,000 separate DNA markers from the femur DNA. These were compared with roughly the same number of DNA markers extracted from saliva samples taken from two nieces and two nephews of Ruess. As an added precaution, the team also compared the markers with the DNA of 50 random people from around the world.

Assistant professor Matthew McQueen of CU-Boulder’s Institute for Behavioral Genetics, consulting with experts at Massachusetts General Hospital and Harvard University, statistically analyzed the data. The results showed the explorer’s nieces and nephews — all siblings — shared about 50 percent of the genetic markers by inheritance with each other, and all four shared about 25 percent of the DNA markers from the femur bone samples. 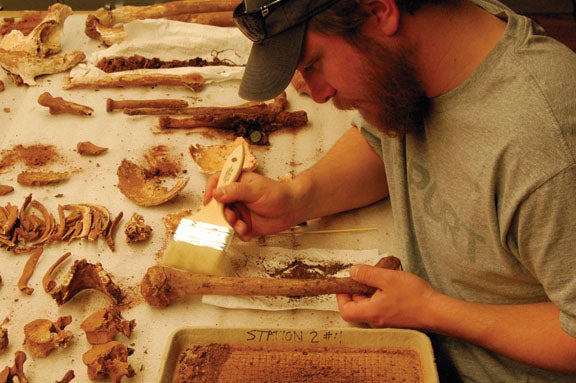 The results from the DNA comparisons from each of the 50 people from around the world showed a less than 1 percent sharing by inheritance.

“It was almost exactly what geneticists would expect when comparing DNA between nieces and nephews and an uncle or an aunt,” Krauter explains. “The combination of the forensic analysis and the genetic analysis makes it an open-and-shut case. I believe it would hold up in any court in the country.”

While Utah’s state archaeologist raised questions in July about whether the remains are those of Ruess, CU’s researchers remained confident of their findings.

The wandering spirit of Ruess, whom author Wallace Stegner once compared to a young John Muir, appears to have finally come to rest. The Ruess family plans to have the remains cremated and scattered over the Pacific Ocean.

In his last letter dated Nov. 11, 1934, the young wanderer described his love for the wilderness, indicating he had found a sense of place that some people spend their entire lives searching for.

“I have not tired of the wilderness; rather I enjoy its beauty and the vagrant life I lead, more keenly all the time,” Ruess wrote. “I prefer the saddle to the streetcar and star-sprinkled sky to a roof, the obscure and difficult trail leading into the unknown to any paved highway and the deep peace of the wild to the discontent bred by cities. It is enough that I am surrounded by beauty.”

A CU-Boulder news release and video on the topic can be accessed at www.colorado.edu/news. Search for “Everett Ruess.”

Jim Scott (EPOBio’73) is the science editor for the CU-Boulder Office of News Services. His brother, sister, father and mother also graduated from CU-Boulder. 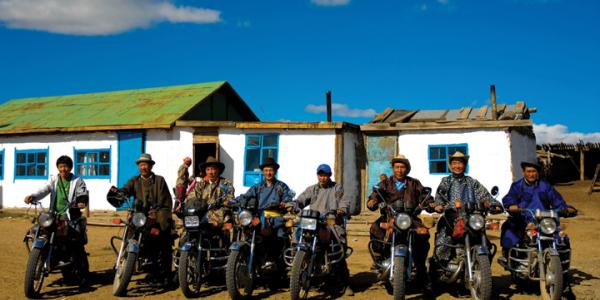 The World by Road

Two Buffs rediscover the U.S. by traveling the globe. END_OF_DOCUMENT_TOKEN_TO_BE_REPLACED 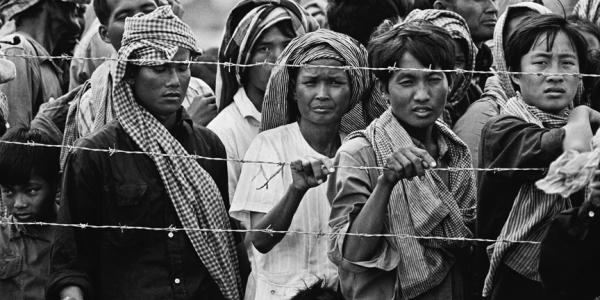 Cambodia: A Photojournalist Returns to a Forgotten Country

A photojournalist's depiction of life in Cambodia. END_OF_DOCUMENT_TOKEN_TO_BE_REPLACED 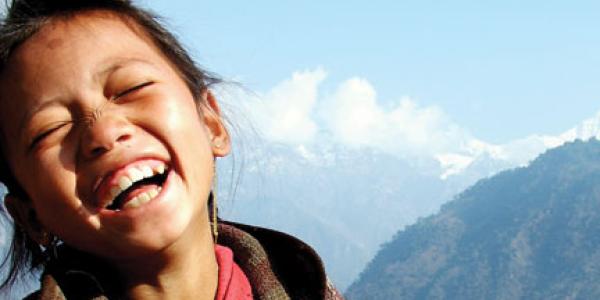 Students travel the world to make a difference. END_OF_DOCUMENT_TOKEN_TO_BE_REPLACED