Home Summer 2009 Here's Something to Squawk About

Here's Something to Squawk About 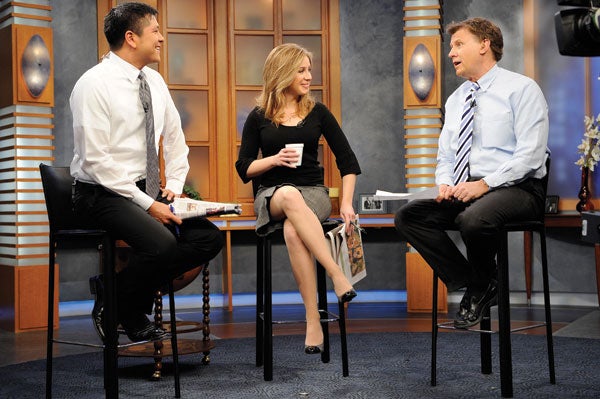 It is a crucial part of their day, as Carl Quintanilla (PolSci’93), pictured left, and Joe Kernen (MCDBio’78), right, clamber back to their cubicles from the set of Squawk Box, the CNBC morning show they co-anchor with Becky Quick. Kernen and Quintanilla thrive on competition at the pinnacle of financial journalism they inhabit and here they wind down after the show by solving “The Jumble,” a New York Daily News word game they play religiously.

“It’s a triumph when I beat Joe since he is old and thus the master at obscure words,” says Quintanilla, who enrolled at CU in the late 1980s, about 10 years after Kernen graduated.

Kernen grunts and points to a scorecard that reveals his lead.

“Yeah, Carl is too young to know a lot of these words, but let me tell you, he’s a journalist’s journalist, and a fun guy to boot,” he says. “Still, I am, indeed, the Jumble king.”

The good-natured camaraderie between Kernen and Quintanilla is, in part, what the hundreds of thousands of viewers who watch Squawk Box each weekday morning (6-9 a.m. Eastern time) tune in to watch. Three hours of live TV, turning on the proverbial dime to a CEO here, a government official there and sometimes even a celebrity investor, can be both exhausting and exhilarating, and a brotherly sense of humor can be the WD-40 that makes it all work.

“Anyone who does TV knows the saying, ‘Air time is oxygen,’ ” Quintanilla says. “For the past 18 months or more, besides the presidential election, financial news has been the story. We are there three hours every morning, so who can complain about that? And sometimes, we get to kid each other on the air. It’s a dream, just a dream.” 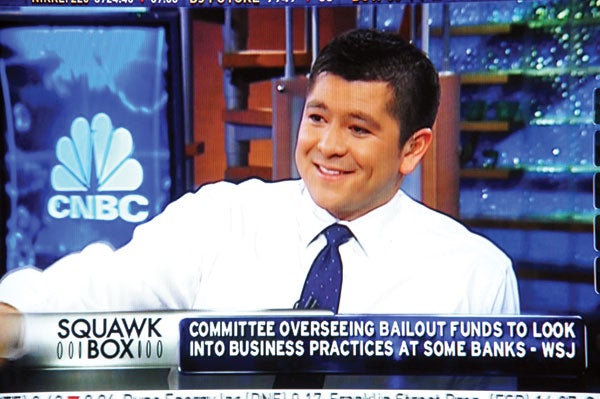 It’s not surprising CNBC’s ratings boom in times of financial bust. On really volatile days, Squawk Box gets as many as a million viewers, a record total for a financial news network. It is the show CEOs watch as they ponder the market-opening news, and the one analysts pine to be on to impress the high-prestige viewership.

Both agree this is an exciting, if harrowing, time to be covering the economy.  Quintanilla covered all sorts of big stories as an NBC national correspondent but, he says, “Nothing compares with the import of the economy right now.  There seems to be a new permutation every day, and I am happy to be in a position at a place where we get to analyze all of that.”

Kernen says he doesn’t revel in bad news, but reporting the economic news today doesn’t allow for many smiles.
“We are not the Red Cross,” he admits.  “This is not something to make people feel good. It may not be the Great Depression, but there are a lot of negative things to report and we have to do that when it is necessary.  It is our responsibility to explain it all to what may be a disbelieving or frustrated audience.”

Changing channels from CU to CNBC

Quintanilla took a more direct route to the show while Kernen’s path was less conventional. Quintanilla grew up primarily in New Mexico and Colorado and soon after enrolling at CU decided journalism was going to be his future. Since he was a political science major, he says it shut him out of working for the campus paper, so he took part-time gigs at the Boulder Camera and Denver alternative weeklies. He got an internship at the Wall Street Journal in Chicago after his junior year, which turned into a full-time job after graduation. In the 1990s, the Wall Street Journal and CNBC shared reporters for a time, and when he got used to being on air, Quintanilla saw it as the 21st century way to communicate. 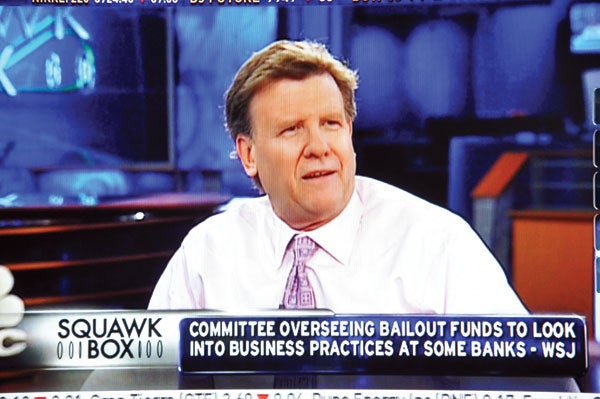 “I can’t imagine going back to print now,” Quintanilla says. “Daily deadlines seemed quick, but on TV, it’s every second. I’ve fallen in love with the immediacy and the buzz that is live TV.”

Kernen came to Colorado from Cincinnati, mostly, he says, because he heard there were 300 days of sunshine in Boulder. He got a degree in biology and pursued a graduate program at MIT.

“I was good enough to get my master’s thesis done, but MIT was so high-powered, I wasn’t like those Nobel Prize winners they had there,” Kernen says. While he was in Boston, his father gave him $5,000 to invest and he became fascinated with the stock market. He was a broker for 10 years. “But you do something for 10 years and maybe you start looking,” he notes. He got a job for $125 per day writing at The Financial News Network, a nascent cable channel out of Los Angeles. CNBC bought it a few months later and before long Kernen was on the air.

“When I was a broker at Merrill Lynch, we didn’t have much time to just talk since it was all about cold calling and wooing customers,” he says. “Our biggest wish, we would say, would be just to talk about companies and strategies as if we were at a bar or something. So now that’s the job I have. I’m not leaving it any time soon if I can help it,” Kernen says.

In their former jobs, Kernen and Quintanilla were relatively anonymous. Although not quite Matt Lauer or Diane Sawyer, who are on the air opposite them weekday mornings, they are celebrities of a sort, certainly to the likes of Warren Buffett, who is on CNBC often enough, and financial news junkies.

Kernen, 53, stays out of the limelight living in Short Hills, N.J., a bedroom community 45 minutes from CNBC’s studios in suburban New Jersey, a few miles northwest of Wall Street. There he golfs when he can and dotes on his 9-year-old daughter and 6-year-old son. Quintanilla, married three years and as yet without children, but with a long-haired Chihuahua named Lucky, lives on Manhattan’s Upper East Side. Quintanilla travelled extensively for a couple of years, when he worked as a correspondent for CNBC’s parent, NBC News, but he’s happy to be fairly stationary these days.

“The story is the economy and we have people on the air daily who are the most important people to talk with,” Quintanilla says. Kernen adds, “And this is where the big news is, so we don’t have to go anywhere. Hopefully, we are the ones discovering the news.

“And hopefully we will be here long enough for Carl to learn enough words to beat me in the Jumble,” he jokes. 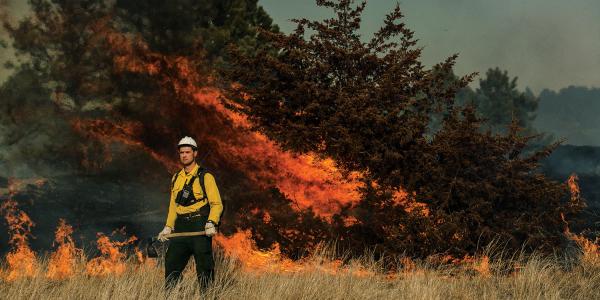 Wildfire is getting worse. A report from the front lines. END_OF_DOCUMENT_TOKEN_TO_BE_REPLACED 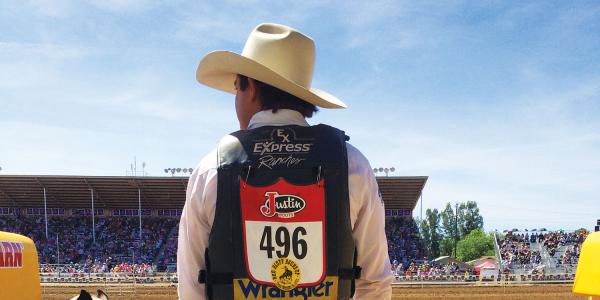 John Branch, a Pulitzer Prize-winning reporter for The New York Times, shared what he learned about America’s most successful rodeo family. END_OF_DOCUMENT_TOKEN_TO_BE_REPLACED 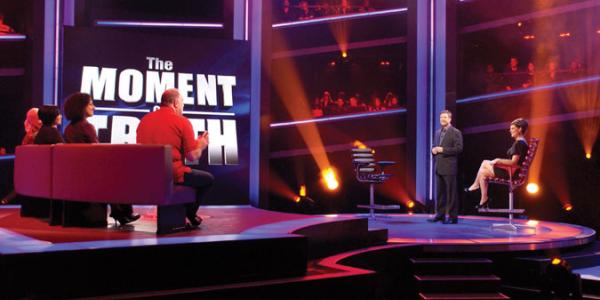 Changing the Face of Television

One of Hollywood’s pioneers in reality TV, Howard Schultz bares all about his hits like Extreme Makeover and Moment of Truth. END_OF_DOCUMENT_TOKEN_TO_BE_REPLACED