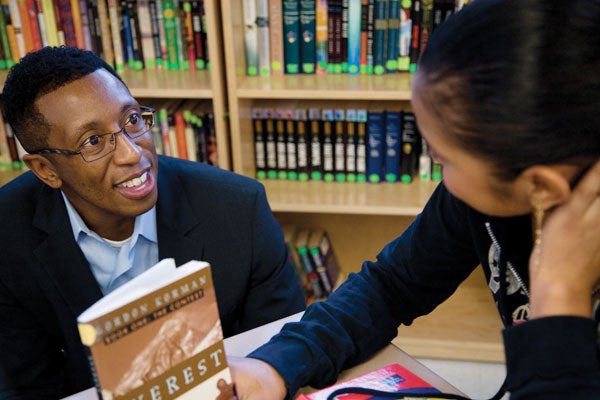 When Bill Gates put up $125 million to fund his own philanthropic foundation in 2000, one of the first employees in the fledgling Seattle organization was Allan Golston (Acct’88), a health care executive working in nearby Olympia, Wash.

Nearly a decade later, the University of Colorado graduate is president of the Bill & Melinda Gates Foundation’s U.S. program, which has dispersed millions from the Microsoft couple’s fortune to low-income and disadvantaged Americans.

“Education is a great leader of opportunity,” says Golston, a Denver native. “What we try to do is increase that opportunity for those without access to the same kinds of opportunities that you and I had.”

One of the most vital opportunities Golston speaks of is finishing high school, a personal torch he has carried on behalf of the organization since visiting a decaying high school in the Washington, D.C., area with fellow foundation employee Greg Shaw.

“The moment we drove up to it, we knew by the terrible physical condition of the building that it had to be a difficult place to be,” says Shaw, who reports to Golston as the foundation’s director of policy and advocacy. “Yet what we found inside were wonderful kids. Allan came back [to Seattle] visibly shaken by the experience, having seen all of these students’ eyes light up with the possibility of learning. That’s one thing that has made it personally motivating for him, and all of us. Bringing back stories that remind us of what we’re up against.”

Golston’s motivation early in life stemmed from the work ethic his parents instilled in his working-class family. By age 7 he dreamed of following in his father’s career footsteps until the day the elder Golston, a mailman, took the boy on his route during a blinding Colorado snowstorm.

“Then I thought my mom’s job as a nurse was something that seemed interesting,” he says, “until I witnessed a cataract surgery, and I fainted.”

Infatuated in high school with math and science — and skiing — Golston headed to Boulder and the university that friends and family had been telling him about for years. He brought the same tunnel-visioned approach to college, working full time and immersing himself in community involvement and his studies.

These days Golston wants to see underprivileged students get similar chances. He claims only one-third of American children graduate without a hitch. A second third of students drop out completely, while the final third, having earned a diploma, enter their post-high school years unprepared.

To combat these statistics, the Gates Foundation — America’s largest charitable organization — partners with the government and the nation’s school districts to support high school reform, monitors the work students and teachers are doing in the classroom, empowers effective teachers and plans and implements the next generation of school models.

From his office in the shadow of the Space Needle, Golston oversees domestic giving, a $600 million program that represents one-fifth of the Gates charities. In addition to increasing the number of college-ready high school graduates, his group’s primary focus is to raise the number of college graduates.

Golston takes regular organizational trips to New York, Washington, D.C., and Chicago, but it’s visiting U.S. schools that he treasures most. There he can interact with and gather feedback from teachers and provide guidance and inspiration to students.

Shaw remembers one south Texas trip he took with his boss and the Gateses, when Golston checked in on the foundation-funded Hidalgo Early College High School, where nearly 100 percent of the students are minority and below poverty.

“Allan was almost giddy seeing the population of that school so excited about learning,” Shaw remembers.
The Hidalgo Early College High School was created to ensure all students are prepared for college, which goes along with the motto Golston tells nearly every student with whom he comes in contact: “This is possible.”

“It’s amazing to watch the low-income and minority students that society has basically written off dispel the myth that they don’t have what it takes,” Golston says. “If we continue to do what it takes to make the changes, these students can all do extremely well.”

There’s no doubt the foundation’s founders are on board every inch of the way. Since its inception, the Gates Foundation has given away some $17 billion to health, education and development causes all over the world. Golston counts 22 different strategies covered within the organization and says Bill and Melinda Gates are involved in every one.

“It’s quite clear the impact they want to have with their philanthropy,” he says. “They listen, they learn, they question, and they hold all of us accountable. Their generosity is huge, and to be in this moment in time of opportunity, knowledge and intellectual capital is quite amazing.” 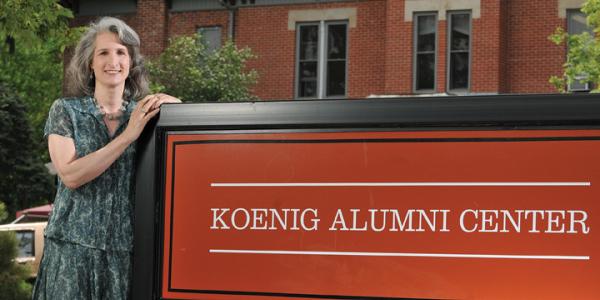 A Return to Buff Country

Deborah Fowlkes, who grew up near campus, returns to her hometown as the Alumni Association’s executive director. END_OF_DOCUMENT_TOKEN_TO_BE_REPLACED

While traveling the world to understand everything there is to know about caffeine, Murray Carpenter uncovers some shocking surprises. END_OF_DOCUMENT_TOKEN_TO_BE_REPLACED

Will Americans eat insects? Dave Baugh and twin brother Lars are betting on it. END_OF_DOCUMENT_TOKEN_TO_BE_REPLACED