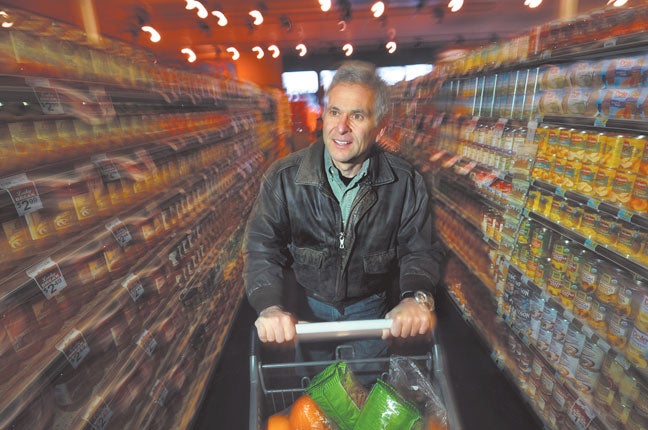 Donnie Lichtenstein, a CU marketing professor, remembers looking in the newspaper as a young child and regularly seeing an ad for barbecue grills from Sears.

“They were always, always on sale. I thought, ‘How can that be? They can’t always be on sale.’ I guess my curiosity just grew from there.”

Fittingly perhaps, his curiosity has led to figuring out how merchants try to persuade consumers. And even though he’s considered a national expert in pricing – and won a lifetime achievement award for his work in behavioral pricing research – he still comes across as humble. He even admits he finds it hard not to get sucked in by all the tricks retailers can pull.

“I mean I study this stuff and when I’m out shopping I still find myself having to stop and say, ‘You know better,’ ” he says. “Retailers can be so seductive and very powerful. I’m not immune. I just try my best to hold their feet to the fire.”

One group that might feel the heat is grocery stores. He says they have gotten particularly good at separating shoppers from their cash. Over the past 20 years they’ve made sweeping changes to their stores with layouts, promotions, product placement and partnerships.

“Grocery stores have had to change to stay competitive – they’ve added a lot of tools to get shoppers to stay longer and spend more,” Lichtenstein says.

Examples include adding Starbucks and bakeries.

“The goal is to make the store a destination,” he says. “They want to make the store and shopping a more pleasant experience, and at the same time the new additions have good markups and margins, such as bakery items, soup bars and sushi counters.”

Lichtenstein says when you first enter, for example, beware of those displays you see right inside the door and at the end of the aisles. In this grocery store there’s a six-foot stack of bottled water for $3.68 and an end-of-aisle display of Raisin Bran for $2.50 a box. Deals? Maybe. The key is the location.

“Grocery stores used to save these areas for specials and consumers took notice,” Lichtenstein says. “But it’s classical conditioning. Now stores will put the higher margin items in those places, but shoppers still think they’re a good deal.” 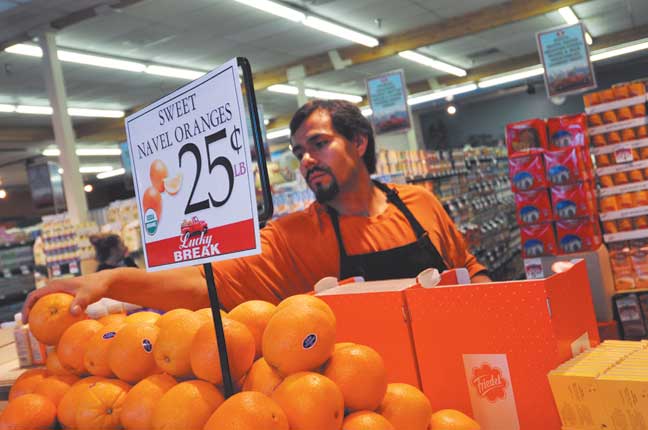 Lichtenstein pauses. He wants to talk comparison pricing. “I remember a couple of years ago I was looking to buy a tennis racquet. So I went to the store and remember seeing a sale sticker. The racquet was $300, but it was marked down to only $150. ‘Wow, half off,’ I thought. But then I caught myself and examined whether or not I thought the racquet was really worth that. Be careful not to fall into the comparison trap.”

Now looking down the refrigerated dairy aisle, little red stickers hang intermittently from shelves as apparent deals. But Lichtenstein warns of these signs, particularly the ones that say “Limit 6” or “Limit 10.” “When people see a limit on what they can buy, they automatically assume it must be a good deal,” Lichtenstein says. “But that’s not always the case.”

It’s easy to see Lichtenstein is in his element. He loves knowing the tricks. “I’ve always been a real deal-prone consumer,” he says. “After I buy something I like thinking about the bargain I got.”

He also likes teaching undergraduate and graduate students, as well as pursuing his research in marketing. “Marketing research is especially fun because I like to show students it can be applied to other areas like medicine and even elections. It’s the same science behind why a product can be made attractive to the public.”

He can’t resist another teaching moment. At the end of that aisle stands a nice lady behind a table who’s offering free tastes of yogurt. “If you try it, just know it’s a trick to make you feel obligated. It’s the reciprocity rule when someone gives you something, you feel obligated to repay them,” he says.

But beyond the store’s little money-making land mines, Lichtenstein explains at the root sits an assumption that shoppers are lazy and won’t do the math or search out the bargain. Two examples: Most higher margin items are placed at eye level. The hypothesis is you won’t bend down to find a bargain. Grocers will highlight the prices of certain products even though they’re not the best price per ounce. The premise is you won’t compare price per ounce to find the better deal.

And therein lies an important shopping lesson, one he seems to want everyone to know: “Be alert and vigilant,” he says in a tone as if he’s speaking to a daughter who’s about to drive a car for the first time.

“Most people do shop in a mindless, spacey manner,” he says. “And many don’t pay attention to prices; most can’t tell you what they will pay for the ketchup in their cart. It’s work, so pay attention when you shop.”

Another tip: “Part of being a good shopper starts before you enter the store.”

He recommends coupons, especially for items you buy a lot. Lichtenstein buys coupons on e-Bay because he often finds multiples of coupons for products he buys regularly. And sometimes you can find coupons that aren’t in your Sunday paper.

“Just know a coupon can change the ratio between the price per ounce, so that 10 oz. bottle of ketchup might be a better buy than the 20 oz. bottle,” Lichtenstein says. “You can do better with coupons overall, but it takes effort.”

And create a “trip chain” by cherry picking stores with the best deals. It’s often worth the trip.

Something else that makes the work worth it – a good feeling.

“There’s something called transaction utility, which is basically knowing you got the best deal and that can be fun for shoppers; I know it’s fun for me.” 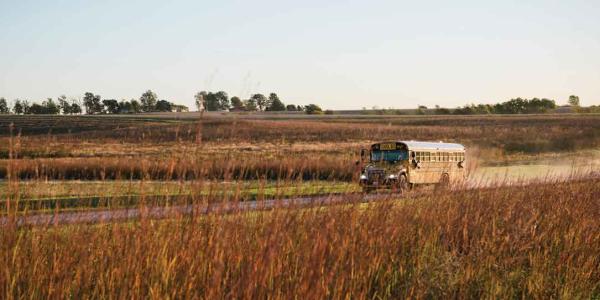 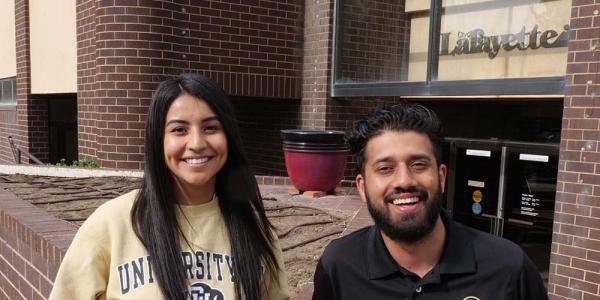 CU Engage’s Public Achievement program inspires middle and high school students to tackle social issues — and give back to their communities. END_OF_DOCUMENT_TOKEN_TO_BE_REPLACED

While traveling the world to understand everything there is to know about caffeine, Murray Carpenter uncovers some shocking surprises. END_OF_DOCUMENT_TOKEN_TO_BE_REPLACED