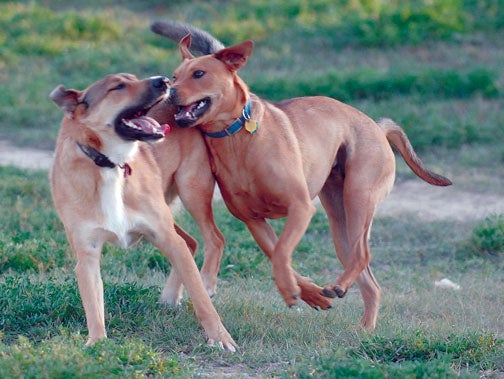 I read the article about professor emeritus Marc Bekoff in the December Coloradan and was so happy to know there are kindred souls out there, and I mean the human kind. My journey with animals also has been lifelong, including dismantling an inhumane trap set by a hospital colleague when working as a physician in the Indian Health Service to my current rescue in the suburbs of Cleveland of a feral young shepherd mutt who more accurately adopted me and my 13-year-old son.

Back in the ’70s I had no idea there were professors like Bekoff on campus, although I vaguely remember a comparative behavior course. I also walked out of an animal lab in medical school. Reading his story gave me such a sense of joy and affirmation. I am looking forward to reading his books.

Thank you for your article in the December issue by Lisa Marshall, “Emotions run high in the animal kingdom,” about the work of professor emeritus Marc Bekoff. I found the piece enlightening. In stark contrast was an article in the same issue inviting attendance at the National Western Stock Show rodeo. I also received an e-mail from our Alumni Association indicating endorsement of the rodeo by the association and our university President Bruce Benson (Geol’64, HonDocSci’04).

Calves roped while running routinely have their necks snapped back by the lasso, often resulting in neck injuries. Even Bud Kerby, owner and operator of Bar T Rodeos Inc., agrees that calf roping is inhumane. He told the St. George Spectrum that he “wouldn’t mind seeing calf roping phased out.”

Our recently retired CU professor Marc Bekoff was quoted in the Coloradan article, “Science is finally catching up with what we already knew — that animals are emotional and smart.” These emotions include fear and happiness. Great thinkers, including Albert Schweitzer, Hippocrates and Immanuel Kant, have acknowledged the place of nonhuman beings in our world.

I respectfully encourage us — our university and our alumni community — to endorse entertainment events that do not involve the mistreatment of animals. I believe when compassionate people realize cruelty really is involved with this kind of entertainment involving animals they will support events that do not use animals. I hope we will lend our support to more compassionate events in the future.

Your new format is a trendsetter. It amazes me how much you can say and show in a “single magazine page” layout when both pages open side by side. I can’t imagine how much it has slashed your printing, paper and postage costs. You must be in demand to speak at all the CASE conferences! (You should be.)
My best. Go CU.

I just wanted to say your magazine is so inspirational and very well put together. My name is Kelly. I’m 16 years old and I live in a small town outside of Chicago. When I first started my new job as a hostess, I told my boss Rob how I wanted to attend CU in Boulder. He told me how he went to CU and that it was a great school. Later that month he let me read the Coloradan, and I instantly fell in love. I could relate to all the articles, and each one was so interesting, informative and inspirational. The layout was so creative and fun — I loved it! I just can’t get enough of it!

I hope to one day attend CU, let alone any college in Colorado. It’s always been a dream of mine to go to college there. Although my financial status is a little shaky, I won’t let that stop me. One day you will see me on the streets of Boulder — guaranteed!

Thanks for the inspiration.

I just read the recent issue [December Coloradan] and I really enjoyed it. It is one of the few things I get from organizations I donate to that I like.

Please let the big shots know what I think.

I absolutely devoured the latest issue [December Coloradan]. I hadn’t planned to read it — just scan. Instead I spent over an hour. What a lot of fascinating articles. I think this issue is the best yet.

I enjoyed the article in the September 2008 Coloradan by Dave Marucheau on the history of our mascot Ralphie. One story he did not mention, and maybe he has no knowledge of it, was in ’71 or ’72 when Baylor came to Boulder to play and brought its live black bear mascot. As Ralphie circled the field, she suddenly stopped about 20 yards from the bear — I assume having smelled its presence — and faced it and pawed the ground. The bear stood up on its legs and everyone in the student sections was yelling, “Ram it, Ralphie, ram it.”

The handlers on both sides were, of course, doing everything they could to pull both animals in opposite directions, which they did. And Ralphie finished her run to the end zone. However, for about 10 seconds, we all thought the true mascots were going to go at it for a spectacular fight to the finish.

I have contemplated this letter ever since reading the article in the Coloradan some months ago from [then editor Pam Penfold (Hist’70)] reminiscing on the anti-war movement of ’69, ’70 and ’71 [December 2007 Coloradan].

In summer of 1969 I attended the first phase of the Marine Corps officer training program and arrived at CU as a transfer student and a wanna-be Marine Corps pilot. By fall 1970 I had become anti-war.  My most reviled professor at that time was Theodore Rozek, a Hungarian refugee and an unashamed conservative.

My feelings toward him have changed over the years. He had the courage to face up to a faculty who had contempt for him. He was my only professor who refused to give incompletes after Kent State.  Professor Richard Pfaff imbued me with an ongoing interest in the Middle East and especially American involvement in the Middle East.

When I arrived home from CU in summer ’71 my father, who had retired from the Air Force, considered me a coward and told me so. Those of you reading this, I implore you to encourage dialogue on the subjects of controversy. Seek truth but seek it with integrity regardless of consequence. We did and we did it with a passion that changed a country but it was not the summer of love.

Today’s young men and women at CU must question the dominant paradigm, as Dr. Pfaff would say: America’s relationship with Israel, affirmative action, drugs, feminism, Obama, the Bill of Rights. Go for it — nothing should be sacred. The chill surrounding some of these subjects today is as it was in the ’50s and ’60s — only the left instead of the right controls much of the dialogue. Hell, that subject alone is worth a Packer Grill head banger.

In 1972 I was so sure I was right in my views and now those views are very changed, but I am still convinced I am right. My daughters are very convinced I am wrong and take me to task on my views. I love it and I am proud of them for it. It is the American thing to do.

I was happy to see Paul Danish’s (Hist’65) article “Saving a Seat for Conservative Thought” [September Coloradan]. Then I read Evan Cantor’s (MEdu’93) and Ralph Langenheim’s (MGeol’47) attack on Danish for daring to believe anything that is not mainstream liberal.

I have been a political conservative since I was 17. When I went to CU, it became obvious to me my political views would cost me grades. I would tell the stories, but I have no doubt Cantor and Langenheim would call me a liar, and the fact is that my experiences are ancient history. However, a recent CU graduate told me of being asked to leave a women’s studies class because his political views were not compatible with the class.

David Horowitz did studies of universities, which included CU, showing the social science faculty is typically around 4 percent registered Republican vs. a national average of around 35 percent. Registered Democrats are represented in their normal proportions among social science faculty.  Fifty years ago, statistics like these were used to prove that women and minorities were being discriminated against. They became the evidential support for affirmative action.  It is fascinating, but not unexpected, that liberals now reject this methodology when the shoe is on the other foot.

Coloradan celebrates the power of thoughts and ideas. We invite you to write letters to the editor on subjects related to the university. The editors may edit for brevity, clarity and sensitivity to the community. Please let us know your thoughts about CU happenings, suggestions for stories and your news.