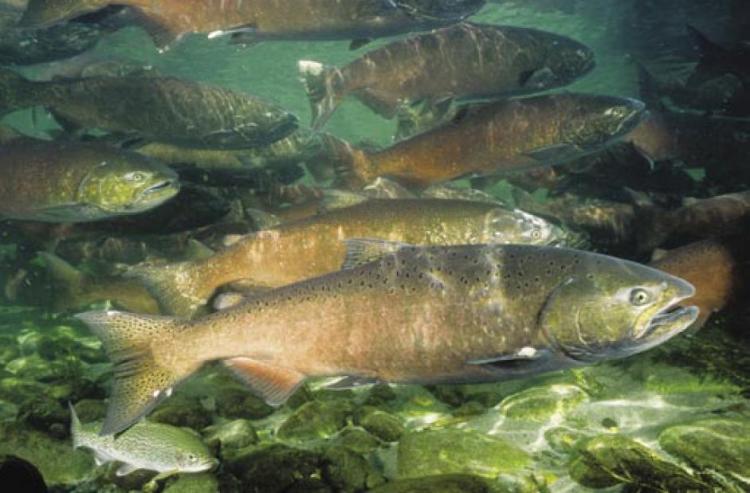 High Total Dissolved Gas (TDG) concentrations can reduce the population of some fish species.
These effects are most pronounced in the tailwater of reservoirs during spill operations. The TDG concentrations are increased by spills; the turbulent nature of the spill creates air bubbles that are then forced deep into the tailwater where they dissolve and propagate downstream, causing fish to experience bubble nucleation in the vascular. Fish mortality is observed
when bubble formation is sufficient to obstruct blood flow, and bubble growth under the skin,
mouth, gills, and eyeballs can lead to chronic tissue damage. To alleviate the problems of high TDG concentrations, certain reservoir operations are constrained by maximum allowable TDG tailwater concentrations. The purpose of this study is to implement TDG modeling in a general hydropower optimization model that can be used to guide operations of a hydropower system constrained by TDG limits. This was accomplished by linearizing a model based on findings of Politano at the University of Iowa, and to streamline the convergence/solution process in RiverWare to result in a user-friendly hydropower scheduling tool. The case study is the Mid-Columbia projects for which the Politano model and data have been calibrated.