Methodology to Assess the Value of Integrated Hydropower and Wind Generation 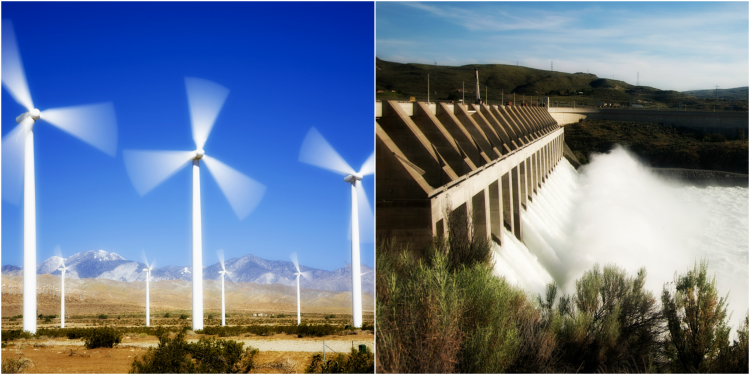 Funding Agencies
Hydro Research Foundation and the Department of Energy

Hydropower is considered a good resource to provide the needed flexibility to balance wind variability, but its flexibility is limited by nonpower constraints associated with environmental and water management objectives not fully accounted for in previous wind integration studies. This study developed a method for a more realistic evaluation of integrated hydropower and wind using the RiverWare river system and hydropower modeling tool. The model provides a representation of physical and economic characteristics of the hydro system with the limitations from realistic nonpower constraints. A test case was analyzed for a range of hydrologic conditions, levels of policy constraints and wind penetrations from 0 to 40 percent. Results showed that at low penetrations wind adds economic value but has diminishing value as installed capacity increases, primarily due to increased reserve requirements. Increased wind generation increases policy constraint violations. Nonpower constraints can significantly limit the total economic value of the integrated system.

Installed wind generation capacity has increased at a rapid rate in recent years. Wind generation provides numerous economic, social and environmental benefits, but it also carries inherent variability and uncertainty, which can increase the need for additional balancing reserves, generation resources that can adjust their output rapidly to keep power supply in balance with demand. Hydropower is an inexpensive and flexible generating resource that has been considered one of the best resources to provide the necessary balancing reserves for wind. Hydropower's flexibility and capacity are limited, however, by nonpower constraints associated with environmental and water management objectives that have not been fully accounted for in previous wind integration studies. We present a methodology to evaluate hydropower and wind integration using the RiverWare river system and hydropower modeling tool. The model represents both the physical characteristics of the hydropower system and accounts for realistic nonpower policy constraints. An economic evaluation is provided that includes the value of both energy and ancillary services. In addition, operational outputs include the ability to satisfy all policy constraints. The methodology is applied to a test-case integrated hydropower and wind generation system including five hydropower projects in a run-of-river configuration for a range of wind penetration levels and hydrologic conditions. Results show that wind at low penetrations adds economic value to the system. As the installed capacity increases, additional wind generation has diminishing returns, primarily due to increased reserve requirements. Increased wind capacity also increases the number of policy constraint violations. Nonpower constraints have a significant impact on total system value, but that relative impact varies depending on system conditions. Complex interactions between policy and the physical system result in a highly nonlinear response of the system to changes in wind penetration. Utilization of goal programming makes it possible to capture these effects that would be missed without a realistic representation of both the integrated physical system and its operating policy. This methodology can be used to provide an improved representation of hydropower systems in future wind integrations studies.