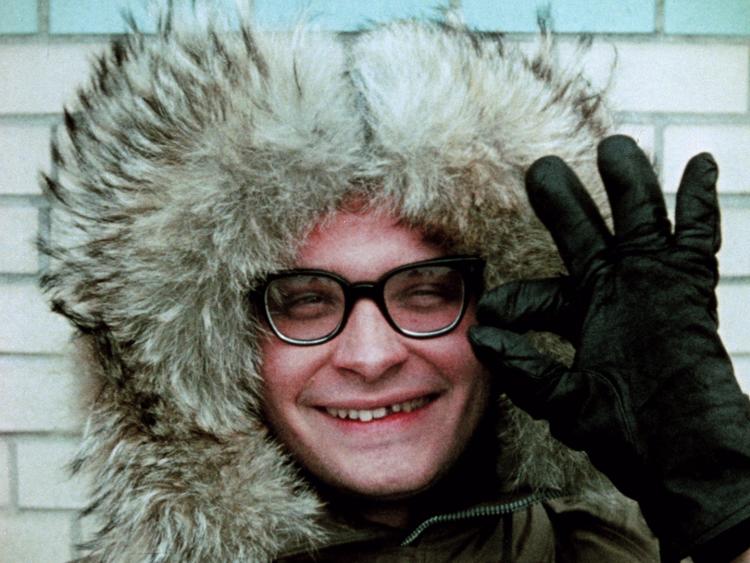 George Kuchar is one of the great artists in the history of the moving image…We are amazed by the craft, the perfect cues, the skillful edits, the startling images and visual rhymes, the flawless pacing and ingenious continuity, often achieved spontaneously, in camera. His images can be both insanely bizarre and rapturously beautiful, with a hallucinatory otherness seldom achieved by even the most visionary artists in film history…Few can match his eccentric imagination, his phenomenal wit, his peculiar way with language, and his ability to construct complex multidimensional narratives…The work is transgressive and subversive—transgressive sexually (he’s among the pioneers of queer and camp cinema) and in its scatological breach of decorum; subversive in its  zero-budget triumph over commodity cinema, the triumph of  amateur over professional.
----Gene Youngblood

Director, cinematographer and visual artist, Michael Kuchar is an underground film legend whose work--singly and in collaboration with twin brother George Kuchar--has inspired filmmakers from Jack Smith to John Waters. He currently teaches in the film department at the San Francisco Art Institute.

Actor, painter, dancer, Donna Kerness has appeared in films by Robert Cowan, Jack Smith, Michael Zuckerman, and, most notably, by George and Michael Kuchar which include Born of the Wind (1961), Lust for Ecstasy (1963), and Hold Me While I’m Naked (1966).

Andrew Lampert has created an extensive body of films, videos, photographs and performances, and his work has been shown at The Whitney Museum of American Art, The Getty Museum, and The Solomon R. Guggenheim Museum. He was archivist and later curator of Collections at the Anthology Film Archives from 2003-2015. He has edited The George Kuchar Reader.

Nancy Andrews works in hybrid filmic forms, combining storytelling, documentary, animation, sound and puppetry. She studied at the School of the Art Institute of Chicago and received a Master of Fine Arts in 1995. She teaches video making, animation, time-based arts and film studies at the College of the Atlantic.

Highlights of the Symposium: 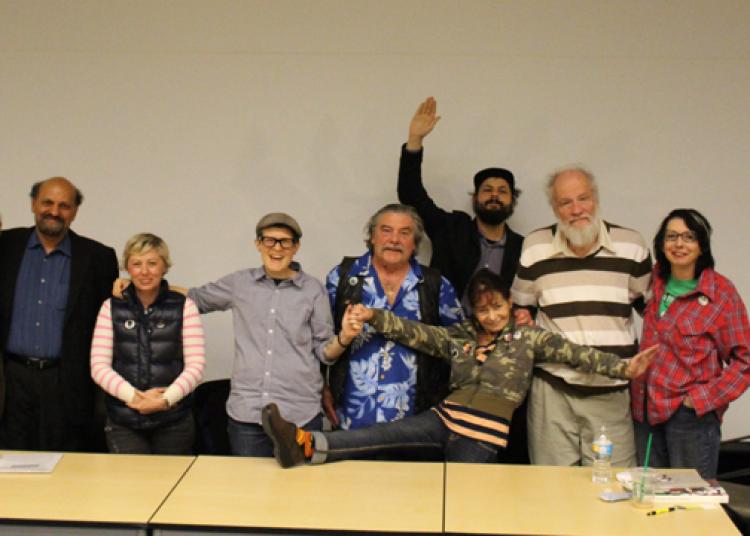 As with past years, the Brakhage Center Symposium brought together a dynamic group of filmmakers, scholars and other interested parties to provide invaluable presentations and real-time discussion about the work of this year's featured film artist, George Kuchar. I saw work I'd never seen mixed in with pieces I feel I know pretty well; I heard recollections/analyses that illuminated Kuchar in new ways, along with perspectives that resonated with a combination of comfortable nostalgia, irrepressible mirth, awe inspired by Kuchar's creative integrity and depth, and an immense sense of loss due to his passing.

The Brakhage Symposium is a wonderful opportunity to bring in an audience from around the country and foster a lively gathering of filmmakers, critics and avant-garde cinema enthusiasts. The opportunity to commune with featured filmmakers for a weekend is rare and is a valuable opportunity for students, faculty and local attendees.

I thoroughly enjoyed my day at this year's Brakhage Symposium, particularly the program curated and hosted by George Kuchar's star actress, Donna Kerness. Mike Kuchar's frequent participation from the audience was truly revelatory and moving to me, and the day was summed up by an excellent panel of all the guests hosted by Kuchar expert Andy Lampert. A well balanced day between the personal and the historical/academic. For those of us who knew and cared for George, this year's symposium provided a touchstone for a wonderful artist and his work. I could hear Stan roaring with laughter...

Every year the Brakhage Center Symposium melds rigorous intellectual, academic, and artistic components with an openness that welcomes everyone from filmmakers to curious community members, and the 2016 tribute to George Kuchar did not disappoint. The late George Kuchar's brother and fellow filmmaker, Michael; the star of many of the films shown, Donna Kerness; filmmaker Nancy Andrews; archivist Andrew Lampert; and professor, filmmaker, and Kuchar student and filmmaker Denah Johnston provided an engaging, entertaining, and uniquely educational experience. They defined George Kuchar as an artist, teacher, and human being through personal stories and placed him in a cultural context by detailing his influence on their own work and on the experimental and commercial film worlds in general. The symposium presented a valuable opportunity for students to engage personally with people in Kuchar's world and sphere of influence. The humor that pervades Kuchar's work made the weekend a pure joy.

I have be a devoted attendee of the Brakhage Symposium since I moved to Boulder in 2008. I look forward to it every year. The Kuchar event was certainly one of the most memorable. I was impressed with how well it was organized. It was wonderful to see Mike Kuchar again and to meet the glamourous Donna Kerness.

It was a pleasure to honor George Kuchar at the most recent Brakhage Symposium. Having his brother Mike present along with filmmakers Nancy Andrews, Andrew Lampert, Denah Johnston, and the actress, Donna Kerness. The screening and talks were informative, well planned, and very important for my students who attended multiple events during the 2 1/2 day Symposium. The work of George Kuchar and his importance in the American Avant Garde was highlighted and celebrated. This was one of the most important film events of the year on campus. 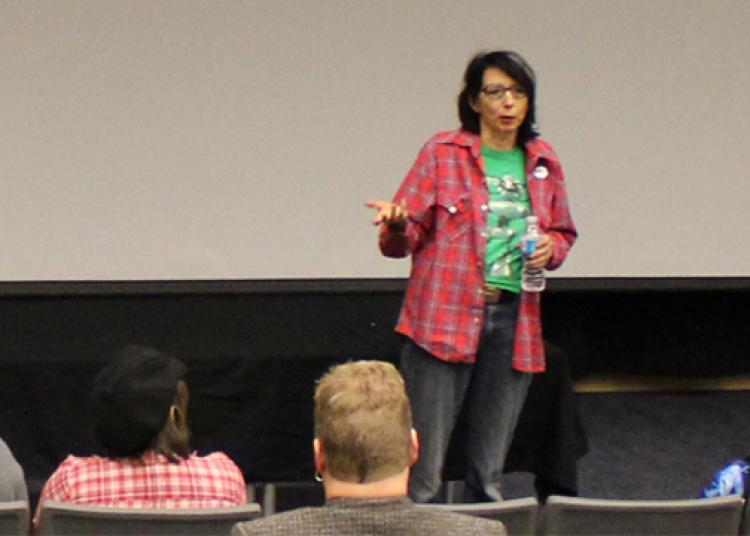 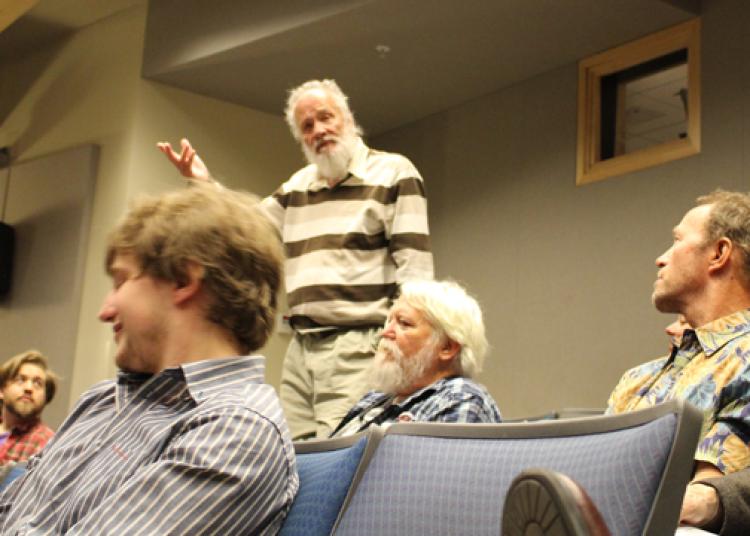 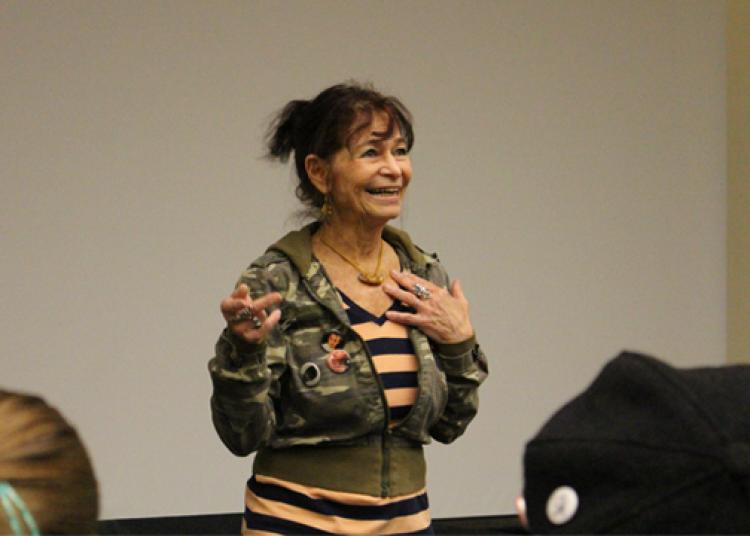 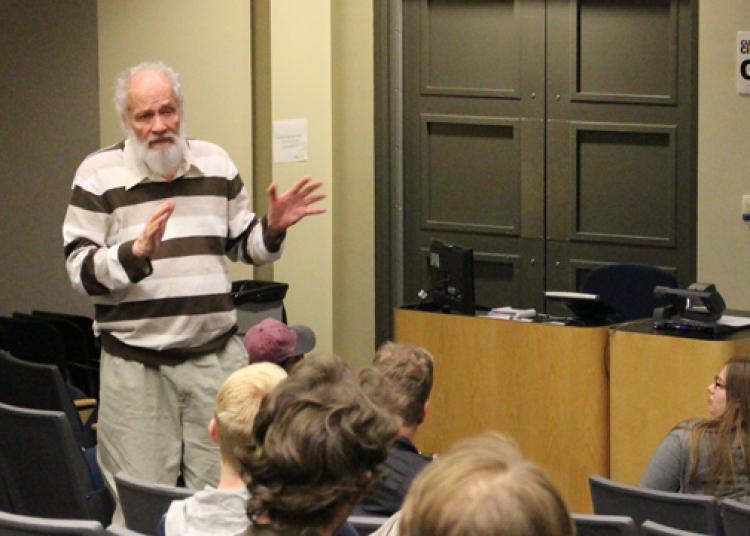 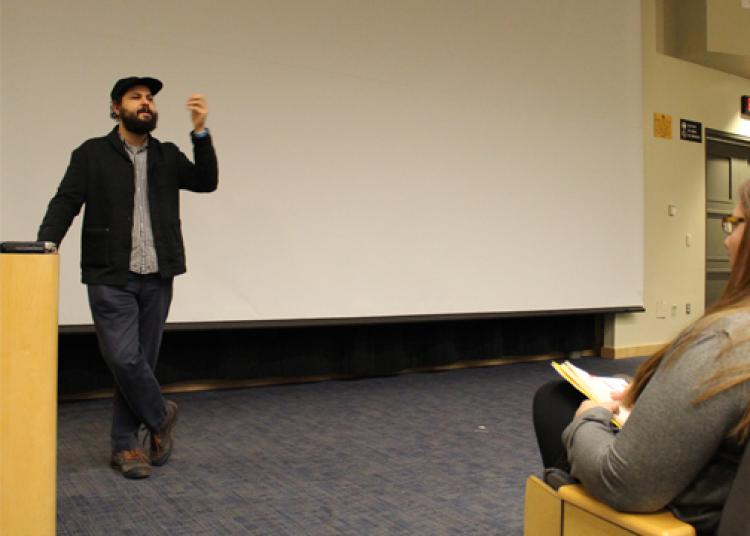 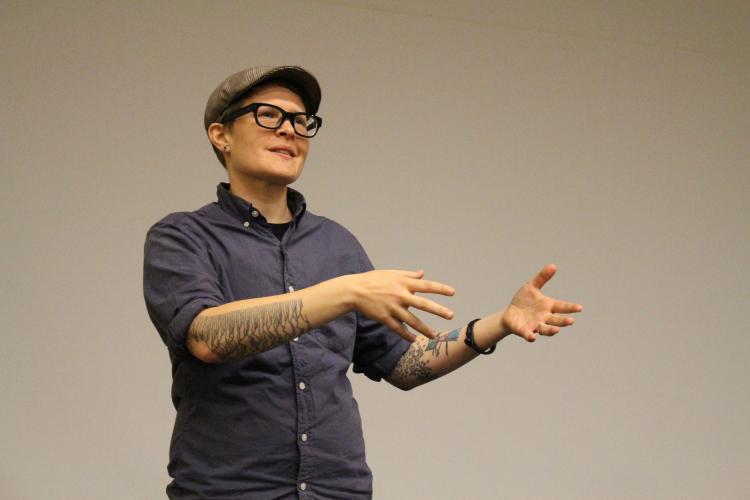