Quickly becoming a tradition in the world of avant-garde filmmaking and artistry, the Stan Brakhage Symposium will again be hosted this year by the Colorado University’s Film Studies Department. This symposium will be unlike any before it. Spanning over two days, two programmers from cities on either side of the country will meet at America’s core to recognize, honor, and carry on the legacy of the late Stan Brakhage, a man who once all but defined the American Avant-Garde. Cementing together the extensive video and film events being offered will be the symposium’s core of academia. Each day will feature either presentations or panels that will contextualize the programs in the light of the contemporary avant-garde world. What Brakhage began, the symposium seeks to continue, by each year bringing memebers of the experimental film and video community together, not only to celebrate art, but to share ideas and promote the evolution of the moving image. 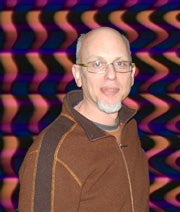 Steve Seid, curator of the Pacific Film Archives in Berkeley, California brings “A Cavalcade of Eccentricity” on Saturday, March 14th:

“If one desired to subvert cultural homogeny, eccentric behavior might be a practice worth pursuing. An exuberance of tics, gestures exaggerated, a histrionic of historic proportion, these characteristics can account for a performative presence that resists uniformity while shedding expectation. The works in this cavalcade of the unconventional represent a brand of artist-bound performance that promotes the peculiar, thrives on half-digested narrative, and places the artist, or, at least, a proxy, in a delirious universe of manic materiality. The settings for these performances brim with objects and surfaces that acquire uncanny meaning as the artists move about in frantic exhortation. These are not performances linked to the seventies when artists demanded great attentiveness to the minutiae of the everyday. Rather, here, the artist’s presence is just the starting point for an artful journey of sly incantation, physical verve, and pop criticality. This pageant of the peculiar patches together ten antic artists who unravel the mysteries around us as they themselves unravel.” — Steve Seid 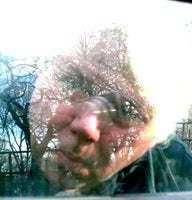 Mark McElhatten, co-founder and co-curator of the annual “Views From the Avant-Garde” programs at the New York Film Festival brings 3 programs on Sunday, March 15th:

“These programs offer a select range of unique and accomplished work of recent contemporary experimental cinema revolving around ideas of cinematic correspondences, open confidences of call and response both immediate and “long distance.” Some selections include: Special guest British filmmaker Ben Rivers’ fascination with architectural ruins, solitary landscapes, self-sufficient recluses, and pioneers results in films that are formally beautiful, ebullient and mysterious. Bruce McClure will be offering two supercharged live performances for three projectors involving a battery of guitar pedals that seize on the soundtracks of the film and make it soar against ghostly visual illusions. Mary Helena Clark will be present with pin-hole views of an abandoned schoolhouse and unsettled images offering hypnotic consolation. Fred Worden will show 1859 where the aberration of a momentary lens flare expands into a dynamic cosmos. Filmmaker David Gatten presents an epistle of instruction, murmurs of the heart phrased in magic light, and steadfast rhythms.” — Mark McElhatten