Please join us March 6th-8th for the 11th Annual Brakhage Center Symposium featuring the life work of cinema artist Ken Jacobs, one of the founding fathers of American experimental cinema. After more than 50 years as a filmmaker Jacobs has enthusiastically embraced digital filmmaking and remains engaged and influential.

This program of short films might remind us of Hemingway’s famous metaphor for his writing style: “The dignity of the movement of an iceberg is due to only one-eighth of it being above water.” The 7 films in this program are certainly evidence of Jacob’s ever-evolving vision, but they are at best an infinitesimal sign of a remarkable, even more prolific, contribution to modern cinema and modern art.– Scott MacDonald

4:00 PM – 5:00 PM
Professor of Film Studies and noted filmmaker Phil Solomon will be presenting an audio and video celebration of his teacher and friend, Ken Jacobs, including rare home movies, audio recordings and some surprise guests from the Binghamton years and after.

A PANEL ON THE WORK OF KEN JACOBS  with Ken Jacobs, Tom Gunning and Phil Solomon.

All events are free and open to the public.

The Brakhage Center Symposium is Sponsored by The Roser Visiting Artist Program, The William H. Donner Foundaiton, First Person Cinema, The CU Film Studies Program and The Center for Media Arts and Performance in ATLAS 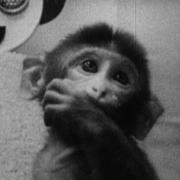 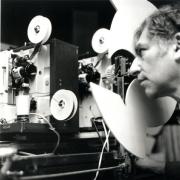 Tom Gunning on the work of Ken Jacobs!