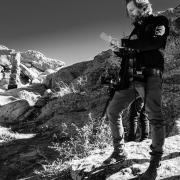 Geoff Marslett is a director, writer, producer, animator, actor and Assistant Professor in the department of Cinema Studies and Moving Image Arts. His career started with the punk rock animated short Monkey vs. Robot before directing two narrative films MARS and Loves Her Gun, as well as producing on and acting in the experimental feature documentary Yakona. He has appeared onscreen in films like Thou Wast Mild and Lovely and Tombstone Rashomon and even a TV guest starring role as the unibomber. His most recent film The Phantom 52 premiered at Sundance in 2019 and has gone on to play over 75 film festivals. He grew up a cowboy with an interest in physics and art, and has a cat named FatFace. He still loves making things. 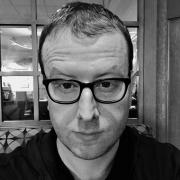 Josh Shepperd is assistant professor of media studies at the University of Colorado, Boulder and is a media historian who researches the parallels between critical media theory and critical intervention in media practice. His manuscript Shadow of the New Deal: The Victory of Public Broadcasting (University of Illinois Press) argues that U.S. public media originated as a grassroots coalition to increase equal access to education through technology during the 1930s. Shadow details how New Deal media producers, government agencies, and political economists organized an alternative media industry under dominant commercial and legislative discourses. In 2022 Josh will complete an update to the official “History of U.S. Public Broadcasting” with Dr. Allison Perlman (University of California-Irvine) for Current and the Corporation for Public Broadcasting (CPB). As Sound Fellow of the Library of Congress National Recording Preservation Board (NRPB), Josh has worked on numerous grant, collaborative, and preservation initiatives. He is currently director and convener of the “Sound Submissions Project,” a digital humanities and curatorial program of the Library of Congress Recorded Sound section. Between 2015 and 2021, Josh designed and directed the LOC’s Radio Preservation Task Force (RPTF), one of the largest public humanities projects in film and media studies. Josh is Associate Editor of Resonance: The Journal for Sound and Culture, and he’s published in Critical Studies in Media Communication, Communication Theory, The Moving Image, New Review of Film and Television and Zeitschrift für Medienwissenschaft. His research has been supported by the Library of Congress, Mellon Foundation, Rockefeller Archive and LBJ Presidential Library. Josh is serving on the program committee for the 2022 Organization of American Historians (OAH) conference. 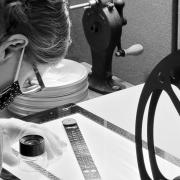 Jamie Marie Wagner is a Faculty Fellow and Moving Image Archivist in CU Boulder Libraries' Rare and Distinctive Collections, where she oversees archival film and video and collections related to media history. With Cinema Studies' professor Sabrina Negri, she is co-PI of a three-year Institute for Museum and Library Services grant to develop an experiential undergraduate curriculum in media archiving and preservation at CU Boulder. She has an MA in Film and an MLIS from the University of Wisconsin-Madison, and she currently serves as the Continuing Education Coordinator for the Society of Rocky Mountain Archivists and Colorado/Wyoming liaison to the Association of Moving Image Archivist's Regional Audiovisual Archives Committee.