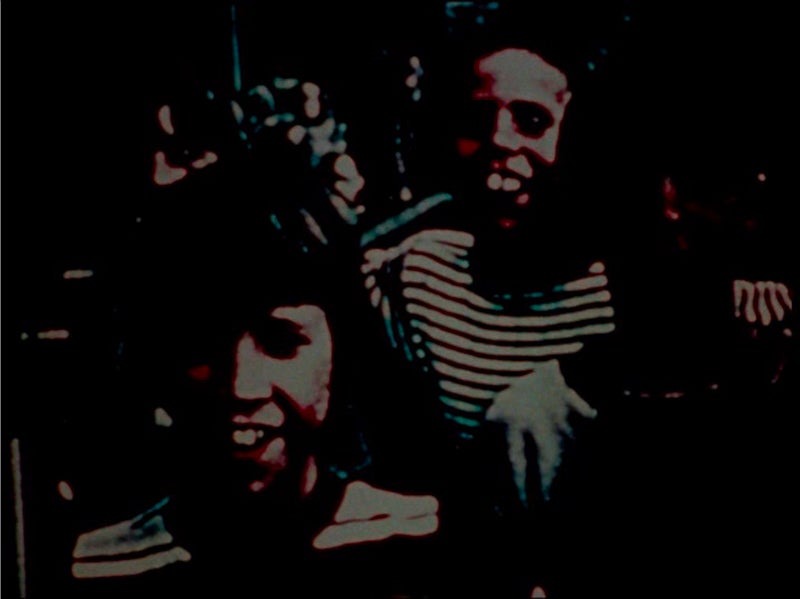 “Print Generation begins with glimpses of a series of shimmering red points of light which, through succeeding generations, begin to reveal the definition of a figure or an object. The sparkling reds – actually the last vestige of light held by a tiny crystal of emulsion – transform into whites, then the shock of blue-green is discovered, separating next into blue and green and combining for secondary colors in what by now is a recognizable representation. Once the images are brought up to full color, the movie heads back toward abstraction. A viewer, having built a picture from an abstract pattern of dots, now must literally choose what is seen, whether to hold memory’s trace of the representation or swim into the dancing crystalline waters of emulsion.”  (Anthony Bannon, Buffalo Evening News)

Though he’s perhaps best-known for PRINT GENERATION, in which the imagery of a one-minute piece of film, re-photographed fifty times over, becomes entirely abstract, J. J. Murphy’s body of work encompasses a number of remarkable and beautiful films, in a variety of styles and modes. His structuralist bona-fides are amply demonstrated by PRINT GENERATION, but an encounter with his other films reveals his remarkable wit and formal range. From the minimalistic simplicity of HIGHWAY LANDSCAPE, and the found-footage inventiveness of SCIENCE FICTION and PREVIEW, to the disarmingly comical yet quizzical beauty of the great SKY BLUE WATER LIGHT SIGN, J. J. Murphy’s films are as essential as they are difficult to pigeon-hole. (Anthology Film Archives)