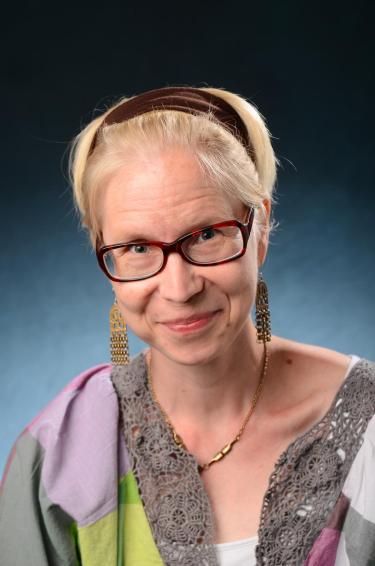 The problem I grapple with is in the broad realm of critical thinking. More specifically, I want students to experience studying history as a process of reasoning - asking a question, speculating on an answer, looking up information, modifying the answer (and/or the question), asking new questions.

Part of my concern with this emphasis on reasoning is that it makes studying history more fun. But I also want to put it to more history-specific uses. To that end, I explored team-based learning in this seminar. It provides a structure for group work that holds promise for improving students reasoning and professional skills.

The problem I grapple with is, I suppose, in the broad realm of critical thinking. More specifically, I want students to experience studying history as a process of reasoning - asking a question, speculating on an answer, looking up information, modifying the answer (and/or the question), asking new questions.

Part of my concern with this emphasis on reasoning is just that, well, reasoning is important; part of it is that it makes studying history more fun. But I also want to put it to more history-specific uses.

First, I want students to understand that context matters – historical actors lived in a different context and therefore their values & thoughts & concerns & assumptions were different from ours. BUT that does not mean that they were less intelligent than we are, or even more ignorant.

Second, I want students to realize that because context matters, it is less than useful to think of history in terms of the golden path that led us to this best of all possible worlds. At least to some extent, we need to understand historical actors on their own terms.

Third, I want students to at least begin to draw the conclusion that context matters not only in history, but in fact in the present as well: we are not loosely floating individuals, nor simply “products of our time,” but something rather more complex. Because we aren’t the former, it matters what the structures around us are. Because we aren’t the latter, we can change those structures.

I am concerned with this problem in most classes, but especially in survey-type classes (e.g. HIST1015, America to 1865). The pressure to “cover” material is so heavy in those classes that breaking from it is not easy, at least for me. It seems to me that there’s also quite a bit of student resistance to breaking away from coverage; that is how they’re used to measuring their learning, and that is what they know how to deal with (read the textbook, do the exam).  Also, these tend to be large lecture classes (I usually have 80-90 students), which limits the kinds of exercises we can do.

At the same time, I’m aware that people are using various kinds of technological interventions (having students tweet responses to questions and displaying these through Tweetwall or similar tools, for example) as well as effective group work and other active learning strategies to address these problems.

I have no wish to teach history as one damn thing after another, and I don’t think the students benefit much from it if I do (though I’m not claiming that coverage classes are worthless — some people enjoy them and retain much information, but I don’t think that describes the majority of my students). Thus, the implications are basically that most students — especially those not inclined to like history — will learn very little in my survey class that they take with them to other classes, let alone beyond college.

Given that the problem is most acute in the survey class, I’m going to try to do an intervention in that class specifically. Fortuitously, I am scheduled to teach a smaller version of the survey (33 students) this spring (2016), so that gives me a little bit more flexibility.

I’m drawing on what I think have been the most successful features of the survey as I have taught it up to now: group work on specific tasks and assignments involving the students in imagining other, historical, lives.

Group work on specific tasks has been fairly successful in earlier iterations of the class in getting students to reason using data and facts, one of the main goals I have for the course.

For example, I have had students examine tabular data drawn from the census and figure out whether there’s more social mobility in the U.S. or in Great Britain in the 19th century, guided by specific questions; this has been fairly successful but could be more effective if there were a better way for students to report their findings (something I hope to address; see below).

Similarly, imagining other lives has seemed to engage students. Twice, I’ve had an essay assignment where students read about the young women working in the Lowell textile mills in the 1830s (aka the Lowell Mill Girls) and then write a letter pretending to be one of those girls. They are required to provide an explanatory footnote for each statement in the letter, as in “Here I am, working with my sister Sally…. (footnote: Most women came to the mills because they already knew someone who worked there [citation]).” This has been a fairly popular assignment and students have done surprisingly well with it.

Below, I describe how these will be leveraged more fully and formally in the new iteration of the survey.

Here, I’m drawing on the principles of “Team-based learning” (see http://www.tblcollaborative.org/), which emphasizes structured group work that holds each group member accountable and encourages discussion through demanding that the group make a specific choice based on the data. In TBL, this is done through group quizzes (individuals take the same quiz and then take it in a group) and through in-class application assignments that pose a more complex question that the group must answer, usually in the form of “choose the best X” or something similar.

I don’t aim to completely revamp the course in the TBL mold, but rather to draw on it for ideas.

I will use a modified version of the group quizzes, and will use the application exercise principles as a resource, but I will keep some lecture days in the course and some of the group work will diverge from the TBL guideline of having all groups work on the same problem.

To offset student fears that they will be stuck doing the work for the whole group, each team member is accountable to his/her team: each student’s grade for team work is adjusted using a percentage multiplier determined on the basis of peer evaluations from his/her teammates (this is lifted directly out of TBL as well). Also, the final exam will be tied to the team assignment, so students will need to demonstrate that they at least know what their team was doing.

Each team will have an assignment that mirrors the Lowell Mill Girls assignment I have used before: using our class reader and some other assigned readings, the team will construct a life story for a character they imagine into being but that must be historically plausible and that draws on the readings assigned to the team. The readings reflect the broad demographic categories assigned to the team. Like the Lowell Mill Girls assignment, the team project requires both the imaginative portion (the life story) and the documentation (footnotes explaining how we know how this person might have lived and what they might have done).

In addition to the life story, each team will write a letter from the subject of their life story, dated April 20, 1865 (that is, a few days after the fall of Fort Sumter, thus tying their character to the Civil War).

In each assignment, there is a draft and a final version; the draft version is created on Google Docs and gets feedback from me and from one other team.

As already noted, the team assignments will be created on Google Docs, enabling the team to collaborate on writing without having to arrange meetings outside of class (we will also build in time in-class to work on the assignment at least enough to make plans and to brainstorm).

The other part where technology is crucial is in bringing out the results of in-class group work. This is even more important in larger classes, of course, but even in my 33-student version it can be helpful (and of course, I am hoping to scale this up to the larger survey). The main issue is that having groups report sequentially is terribly boring, and if all groups are working on the same task, becomes very repetitive. Thus it would be desirable to have a technology that would enable one to display the groups’ results simultaneously.

Originally I had planned to use Padlet (https://padlet.com/) , but though it looks neat, the problem is that at least as far as I can tell, there is no way to prevent groups from seeing other groups’ submissions when they submit their own results. Also, I don’t really need the ability to add images etc., as group reports will almost always be textual. So I’ve decided to use PollEverywhere (https://www.polleverywhere.com/), which, though very expensive for the paid versions, has a free version that allows 40 submissions per question/task, which is quite sufficient even for my large classes when using it for the group reports. The reports are free text, can be submitted on the web or by text message, and can be hidden until I want to display them. Then they can be displayed either as a text wall, a grid, or a word cloud.

The success of the intervention is measured both through the quality of the work students produce, individually and in groups, and through a goals writing assignment (beginning of term) and a self-evaluation writing assignment (end of term).  I may add a survey using SALG or similar, though I haven’t decided on that yet.

The main goal is to get students to think about history as something that requires them to use their reasoning skills, not just their memorization skills, and to recognize that indeed, history was made by real people just as stupid and faulty and persevering and sentimental and brave and petty as ourselves, and that those people were shaped by their environment even as/if they tried to change it. The in-class group work will particularly highlight the reasoning skills; by doing these tasks in groups and then comparing the results between groups, students get to see their peers thinking, and possibly outperforming themselves, hopefully underlining that reasoning is hard work but that it can be done. The team project will emphasize the human element in history by asking students to put themselves in the shoes of an imaginary historical person.