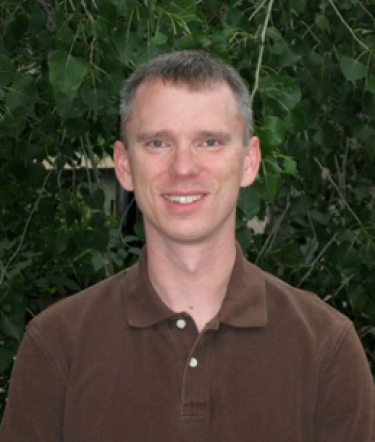 Imagine that as you walk into your freshman year introductory science lecture hall, you hear your professor playing music.  Dr. David Brain of the Astrophysics Department at CU Boulder says that before each Astronomy 1000 The Solar System class session, he plays, "Snippets of three songs."  Brain says that the snippets must have, "Some indirect relationship with the material."  He says that he might use Blondie's, "The Tide is High," during a class about the tides on Mars, or play "Toxic" by Britney Spears before a lecture investigating various elements in the Solar System.  When the day's playlist ends, students know that it is time for class to start.  Brain doesn't hog the role of DJ, either.  He invites students to post suggestions to the D2L discussion board page that Brain dedicates to class music ideas - and they do!  In a typical semester, students suggest almost 100 tracks.  Additionally, the music provides a token to remember the class.  At the end of the semester, students can access the entire semester's playlist on Grooveshark.

But there's more to remember from Brain's Introductory Astronomy course than just the music.  First, "... We are all scientists ..." greets students at the top of the class syllabus.  Perhaps because of this high standard that Brain holds for his students, complemented with his efforts to relate class material to their personal interests, students nominated Brain for an ASSETT Teaching with Technology Award last year for that class.  In their nominations, students expressed appreciation of Brain's use of D2L.  Brain and his TAs make sure to keep the course D2L page full of relevant current events and extra information about topics covered in class.

Brain also reserves nights at the CU Boulder Sommers Bausch Observatory for his Introductory Astronomy students to observe the night sky.  As an optional replacement for a homework assignment, students may attend and sketch their observations.  Additionally, "Professor Brain also uses the newly renovated [Fiske] Planetarium to supplement class lectures and make the class more exciting," a student wrote in Brain's nomination for the ASSETT Teaching with Technology Award.  Brain says that he tries to host about five class sessions in the Fiske Planetarium because there, students can, "Look at the night sky ... without being hampered by clouds," or even travel further out of Earth's atmosphere and virtually, "Fly through the canyons on Mars."

Brain also makes use of Clickers in class.  He may ask students to answer a question first on their own, without the opportunity to discuss with neighbors.  After students have submitted a Clicker answer on their own, Brain gives time to students to further discuss the question with their neighbors, and then answer the Clicker question again once more after having had the opportunity to discuss the question with their peers.

Brain has just finished his third year of teaching at CU Boulder, and he explains how much he collaborates with his colleagues and how they meet regularly to discuss best teaching practices.  "Everyone is extremely supportive," says Brain of his department.

For the future, Brain considers presenting PowerPoint lectures with headers, images, and blank spaces instead of bullet points.  Then, he would spend class time filling in notes with a stylus pen on a tablet device while he lectures, just as his students write down their own notes while listening to lecture.  Further, Brain also explains that he feels that PowerPoint is ultimately too linear in nature when it comes to the human dynamics of a live lecture - what if a student asks a relevant question that answering would throw his lecture out of sequence?  Brain says that he would like to be able to explore students' questions in the middle of the lecture without forgetting to cover important topics before he finishes.

Ultimately, Brain says his goal in teaching is: "I want [students] to realize that everyone has scientific capability," and to underscore, "... [Students' abilities] to reason things out for themselves."

When Brain is not teaching, he consults for NASA's ongoing MAVEN mission to Mars.