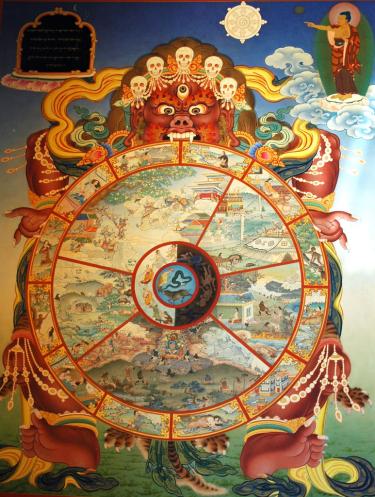 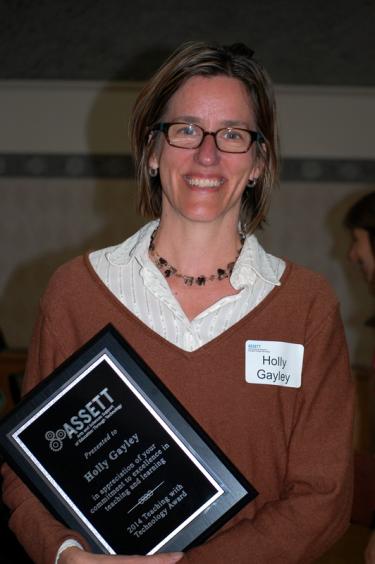 For Gayley, technology is a tool that can facilitate independent and critical thinking among students.  She says, "I can't imagine giving a lecture without interaction," and she uses technology to create opportunities for student participation even in large lecture classrooms.  For example, in the large course, Foundations of Buddhism, Gayley splits students into smaller groups to discuss potential morals for the multivalent tales of Buddha's past lives.  The groups come to their own conclusions about the morals of the story that the class is reading.  Gayley inserts their answers as choices for an entire class clicker question about the best moral of the story.  Then, the class has the opportunity to vote on and discuss the messages in the tale and how they serve Buddhist ethics.  In addition to empowering students to come to their own conclusions, this exercise, "... teaches students that such tales are multivalent and can have layered ethical messages," Gayley says.

Gayley says she sees students as knowledge generators, and she recognizes the potential of "Students [to] harness technology to express knowledge."  In that spirit, Gayley assigns students the task of becoming documentary film makers themselves in her Ritual and Media course.  She encourages students to use the technological resources that CU provides on campus to support their work; in particular, "The ATLAS media lab has been terrific [in supporting students]," Gayley says.  When students complete their original 3-5 minute documentary shorts, they upload them to a course blog that she created.  There, students can comment on and respond to one another's work.  Through her efforts to incorporate technology into her teaching, Gayley has found that not all attempts are always well received.  For example, she has observed that while students are generally enthusiastic to comment on online discussion boards on their own time, they may not be as willing to attend live online discussions at scheduled times.

Gayley stresses that a course on Buddhism would be incomplete without inclusion of visuals.  She explains that throughout pre-Modern Buddhist Asia, the general population was often illiterate, and intricate visuals were therefore essential to convey symbolism and myths.  Gayley has recently collaborated with Ariana Maki, the Associate Curator of Asian Art at the CU Art Museum, to apply for a GAMM interdisciplinary teaching grant to teach a class about Buddhist Art and Ritual.  If the grant comes through, Gayley would use Voicethread to facilitate online discussion of Buddhist images.  Students would record their own impressions and participate in interactive online discussions about works of art in relation to their ritual contexts.  I asked her, Why would you use Voicethread instead of just having students type in their comments on an online discussion board?  Gayley responded that hearing the voices of other students makes the dialogue more personal and dynamic, as opposed to reading a typed opinion.  Such understanding of the opportunities technology offers to facilitate learning has earned her awards and progress.