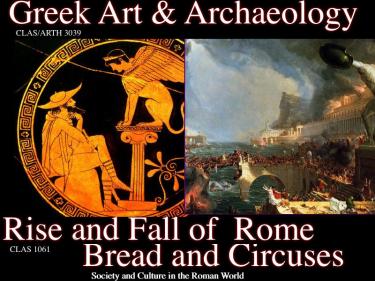 Travis Rupp believes that the best way to educate is to entertain. “As teachers, instructors, and professors we are essentially entertainers when we lecture. Since my field is Classics, being able to maintain my students' attention is critical to the preservation of history and my field.”

To this end, Rupp uses PowerPoint in every lecture, utilizing it to its fullest potential to maintain student interest. His students have told him that watching his lectures is like watching The History Channel, something Rupp takes pride in. “It is something for which I strive each time I teach,” he says.

Rupp also hosts his own website for his courses which act as a resource for students who are interested in learning more about a course before signing up, as well as for current students. Rupp uses these websites to post videos, resources, and self-guided study questions. Rupp uses D2L as well, posting Screencasts of his lectures and conducting assessments. “This eliminates the loss of class time on giving exams, and it allows students to complete assessments in a more relaxed atmosphere,” he explains. 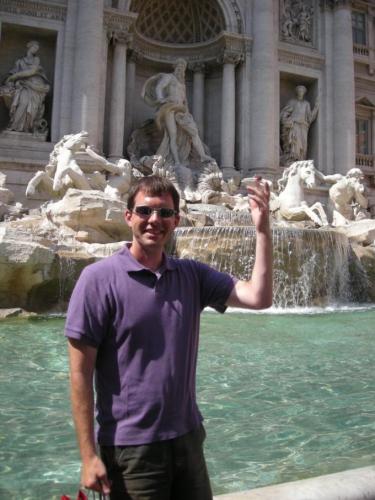 Rupp began using technology when he was a high school English teacher. Students responded positively to projects and classes that incorporated technology. “Their enthusiasm drove me to incorporate and experiment with more technology. The same is true of my current students at CU,” Rupp says. He delights in this enthusiasm, and he knows his students are engaged and interested when they find their own resources or websites that can be incorporated into the class. “On several occasions, their endeavors have yielded new research and archaeological that haven't even hit my scholarly publications yet,” he describes.

Technology is crucial not only for Rupp in his courses, but also in the field of Classics. “In my specialization, 3D modeling and video game technology are greatly aiding the study of ancient art and archaeology. So much of what we study has been lost or detrimentally damaged through history.” Rupp uses these walk-through videos and websites in his classes to engage with students. “Without computer modeling and video game "first person walk through" technology, it would be very difficult to conceptualize and visualize what's being discussed,” he says.

While some educators are resistant to technology, Rupp insists that it is crucial. “The fact of the matter is that the generations we now educate learn differently then we did,” he says, speaking to fellow instructors. While Rupp is a young instructor, even he notes the differences from the ways that his generation and current students interact with technology. “Information has almost always been accessible at their [current students’] fingertips regardless of where they were in the world. Since they learn differently than [past generations] did, we must educate them differently. The use of technology in education is the catalyst.”