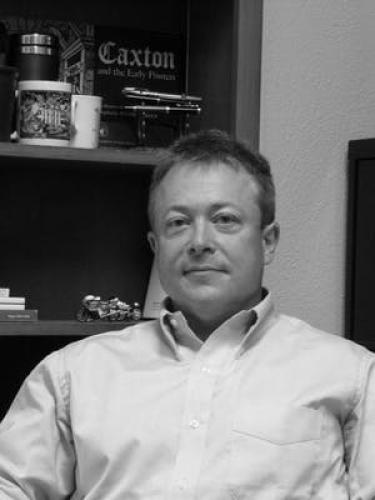 William Kuskin is Professor of English at the University of Colorado Boulder. He received his BA from Vassar College (1987) and his PhD. from the University of Wisconsin—Madison (1998). Prof. Kuskin works on the history of literary books, from medieval manuscripts to twenty-first century comic books. He has completed two books on England’s first printer, William Caxton, a monograph, Symbolic Caxton: Literary Culture and Print Capitalism (Notre Dame Press, 2008), and an edited collection, Caxton’s Trace: Studies in the History of English Printing (Notre Dame Press, 2006). He has written on fifteenth- and sixteenth-century English literature, world literature, online pedagogy, and graphic novels, including guest editing a special issue of ELN, Graphia: Literary Criticism and the Graphic Novel. His new book, Recursive Origins: Writing at the Transition to Modernity is just out.