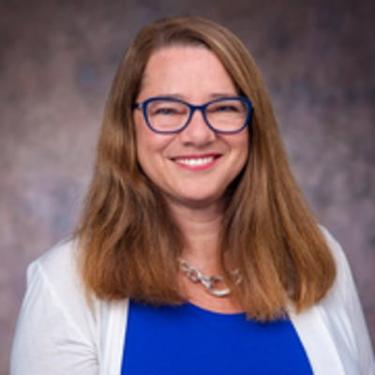 Dr. Jane Wall came to CU Boulder in 2021 as the Faculty Director of the Data Science Graduate Program. She has an unusual combination of business experience and technical skills. After completing an undergraduate degree in Classical Languages and Political Science, she attended graduate school in mathematics, earning two master’s degree from the University of Georgia (mathematics and applied mathematics). She then worked at IBM as a software engineer, a subcontract manager, a software development manager and an account representative. She held management positions in several other software development companies and was a global account manager. Dr. Wall returned to her studies in 2002, earning a masters and Ph.D. in Computational and Applied Mathematics from Rice University in 2006. Her research was in computational neuroscience where she modeled calcium signaling inside a neuron. She taught briefly at University of North Carolina at Asheville where she developed a neuroscience minor, a study abroad program to Greece and Turkey, courses in computational neuroscience and a freshman experience course. Later, at American University, she developed the graduate certificate in data science, the Bachelor of Science in Data Science and was co-developer of the Master of Science in Data Science. She developed and has taught three technical core courses in the data science curriculum – Statistical Programming in R, Data Science and the Data Science Practicum.