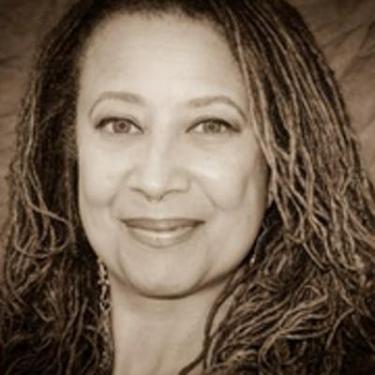 Donna Mejia is a choreographer, scholar, instructor, and performer specializing in contemporary dance, traditions of the African and Arab Diaspora, and emerging fusion traditions in Transnational Electronica. She is the first professor of Transcultural fusion globally, and serves as the Director of the graduate studies program. This genre provides a rich arena for the study of cultural imperialism, gender representation and electronic/digital globalization. Donna is also an authorized instructor of the Brazilian Silvestre Modern Dance Technique and is a lauded representative of this esoteric study of dance after 30 years of practice. She serves as Faculty Fellow to two remarkable organizations on the CU Boulder campus: The Center for Teaching and learning, and The Rene Crown Wellness Institute. Donna completed her undergraduate degree in Business at CU Boulder, and received her Master of Fine Arts degree on full fellowship from Smith College. After 20 years of accompanying decolonizing lectures with her live performances, a global tilt in practices, pedagogy, and language occurred in December 2020 when one of Donna’s blog post went viral to over 200 countries. In response to this beautiful reckoning, Donna will direct the First World Congress of Transcultural Fusion Dance in 2021. For 10 years she was a faculty member at Colorado College and Director of the Colorado College International Summer Dance Festival. For twelve years she served as Managing Director of the award-winning Harambee African Dance Ensemble of CU Boulder under the leadership of Instructor Emerita Letitia Williams. The Harambee ensemble was awarded the prestigious El Pomar Foundation grant, was featured in the March 1996 issue of Dance Magazine, performed for President Bill Clinton and Nobel Laureate Archbiship Desmond Tutu, is part of the Denver International Airport time capsule, and was hailed as the “Best of Boulder” for 3 years. Donna was the Guest Artist in Residence for Smith College Dance 2006 – 2009, and has been awarded residencies at Simon Fraser University, Colorado College, the Naropa Institute, University of South Florida, Mt. Holyoke College, Hofstra University, University of Wyoming, Hampshire College, Syracuse University, University of Northern Colorado, Taipei National University of the Arts, Bucknell University, Earth Dance, Jacob’s Pillow Dance Festival (three years), IsArt Post-Secondary School of the Arts in Mozambique, and the Bates Dance Festival (three years). She was nominated for a Pikes Peak Area Artist award in 2005. In October of 2011 she was selected by the Fulbright Association to present the Selma Jeanne Cohen Endowed Lecture for International Dance Scholarship in Dance, notably for her paper “Digital Diasporas and Transnational Dance Communities: The Effects of the Internet on Identity Formation and Collective Cultural Memory.” Her research was also the featured keynote of Syracuse University’s 2012 Symposium on Public Diplomacy. In 2014 Donna directed the first Viral Dance Colloquium; an interdisciplinary gathering of scholars and artists to discuss the impact of Internet usage on human affairs. More recently she collaborated with poet Andrea Assaf in performances for the venerable La Mama Theatre in Manhattan, The Kennedy Center in Washington D.C., and with vocalist Mankwe Ndosi for the Women of the World Festival at the Apollo Theater in Harlem, NY. Donna’s private projects include directing the philanthropic efforts of The Sovereign Collective, making music, and collaborating with artists she adores. Donna balances her time teaching and touring throughout the U.S. and abroad, and has headlined over 50 international festivals since 2012. Also dedicated to philanthropic work, she frequently donates her services and performances to conscious organizations and social justice efforts. Donna is a collaborator to the electronic music artist Saunt EP.