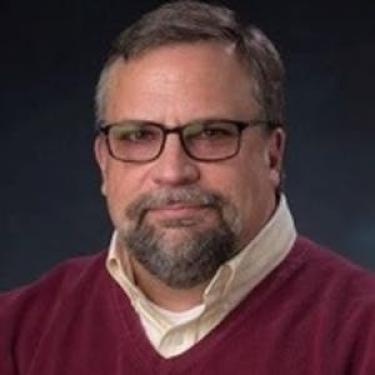 I am a life long student and supporter of the value of focused academic study and research. My academic background includes a B.S.Engineering in Computer and Information Science from the University of Florida (Gainesville, Florida) that I received in 1984, a Master of Arts in Mathematics from Trenton State College in Ewing, New Jersey (now The College of New Jersey) from 1990, and a Doctorate in Computer Information Systems from Nova Southeastern University in Ft. Lauderdale, Florida completed in 2011. My industry experience started with roles as a programmer and a manager for parametric design and CAD (Computer-Aided Design) systems with Pall Pneumatic Products Corporation in Ocala, Florida in 1984. I then accepted a position in 1986 at David Sarnoff Research Center in Princeton, New Jersey, becoming a Member of Technical Staff and working on statistical analysis and software development for computer graphics, visualization, and simulation with CAD/CAM (Computer-Aided Manufacturing) and Modeling & Analysis research teams. I followed my supervisor from Sarnoff to a new position with Cummins Engine Company in Columbus, Indiana in 1990, leading to a Technical Advisor role working on simulation, analysis, and database designs for the Reliability Engineering and Advanced Concepts groups. In 1997 I worked in the Integration Services team at the CAD/CAE (Computer-Aided Engineering) systems company Structural Dynamics Research Corporation (SDRC) in Cincinnati, Ohio as a developer and classroom instructor for the Open I-DEAS CAD/CAE system. In 1998 I returned to Florida and began a long association with the Edwards Systems Technology fire systems engineering group in Sarasota/Bradenton (now a part of United Technologies Corporation, UTC). I held roles as a software developer (in user interfaces and integration), a software team leader, a program manager (for access control and fire panel systems), and finally as a Global Engineering Leader, directing engineers in program management and software development in the US, Canada, Spain, China, and India. During this period I gained my certification as a Project Management Professional (PMP) from the PMI (Project Management Institute). I also acted as a member of a corporate acquisitions team, providing engineering due diligence in several studies and successful acquisitions. Finally, I helped found a usability methods team with researchers at the UTC Research Center to help disseminate usability best practices across various UTC divisions. Current: Colorado, Inovonics, and CU-Boulder Wanting to return to my technical roots, I accepted a position as a systems developer with Inovonics in Louisville, Colorado in 2013, at the urging of a former supervisor from Edwards who had moved to Inovonics. For over thirty years, Inovonics has been a manufacturer of wireless embedded devices - currently for the security, senior care, utility sub-metering, and environmental monitoring markets. My primary focus initially was developing a discrete-event simulation in Python of the company's proprietary wireless network to model performance and system loading. I moved into other roles, including leading software and firmware engineering, followed by my current executive position as Vice President of Engineering for all Inovonics design and development, including hardware, software/firmware, mechanical, test, and manufacturing teams. As engineering lead at Inovonics, I began efforts to connect the company with engineering programs at CU-Boulder that complimented our development of wireless IoT-type embedded devices. Inovonics provides industry advisors to both the Interdisciplinary Telecommunications Program and the Embedded Systems graduate programs at CU-Boulder. Inovonics has also sponsored the GNU Radio Conference held at CU-Boulder in 2016, and sponsors student capstone projects for the Embedded Systems program. Through these contacts, I began working with Andrew Femrite, the Embedded Systems graduate program lead, to develop the Embedded Interface Design class. Now as a full-time Sr. Instructor at CU Boulder, I am very much looking forward to continuing to tie real industry concerns to academic research and instruction directions, and to apply my interests in usability design, IoT and the Cloud, and systems integration to help students develop valuable and marketable skills that bring embedded systems to ever broader and more effective use.