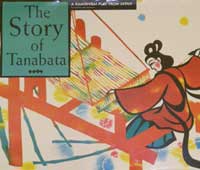 Instruction: Reading and Analyzing “The Cowherd and the Spinning Girl” and The Seventh Sister

Instruction: Reading and Analyzing The Story of Tanabata

Resources for Use in Extensions or Cross-Curricular Ideas