Home Texts and Contexts Grass Sandals: A Mini-Unit on Haiku and Brush Painting

Grass Sandals: A Mini-Unit on Haiku and Brush Painting 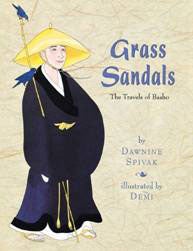 A checklist for assessing students’ work is provided.