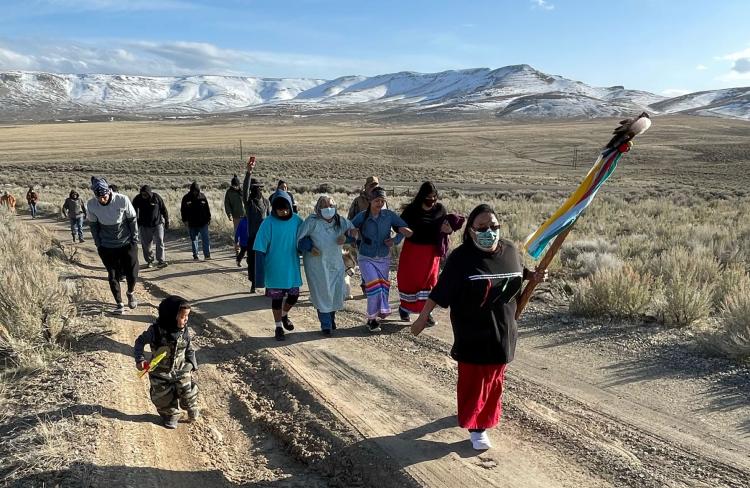 First Peoples Worldwide is among several organizations to provide leadership to a new coalition to Secure Indigenous People’s Rights in a Green Economy (SIRGE Coalition). To commemorate the International Day of the World’s Indigenous Peoples, the SIRGE Coalition will launch its website www.sirgecoalition.org on August 9.

Founded by Cultural Survival,  Batani Foundation, Earthworks, the Society for Threatened Peoples, and First Peoples, the SIRGE Coalition works to ensure that the rights and self-determination of Indigenous Peoples are upheld in the just transition to a low-carbon economy.

The transition minerals necessary for new and renewable energy development, such as nickel, lithium, cobalt, and copper are found on Indigneous land throughout the globe. With demand for these minerals skyrocketing, “increased mining threatens Indigenous rights and territories where there is not a comprehensive assessment of risks and harms to Indigenous Peoples, and complete participation of Indigenous Peoples who are impacted,” the coalition said.

“We must center Indigenous Peoples’ and human rights as well as true, regenerative practices as we transition to the new green economy,” said Galina Angarova, Executive Director of Cultural Survival. “A meaningful, intentional, and truly Just Transition will require a set of solutions including improving existing standards, reforming old mining laws, mandating circular economy practices, setting standards and meeting targets for minerals’ reuse and recycling, reducing demand and accepting de-growth as a concept and a pathway, and most importantly, centering human rights and the right to the Free, Prior and Informed Consent in all decision-making."

To promote constructive dialogue, SIRGE Coalition works with corporations, finance and government decision-makers to forward Indigenous rights in accordance with the United Nations Declaration on the Rights of Indigenous Peoples and to “uphold all rights of Indigenous Peoples, including their cultures, spiritual traditions, histories, and especially their rights to determine their own priorities as to their lands, territories, and resources.”