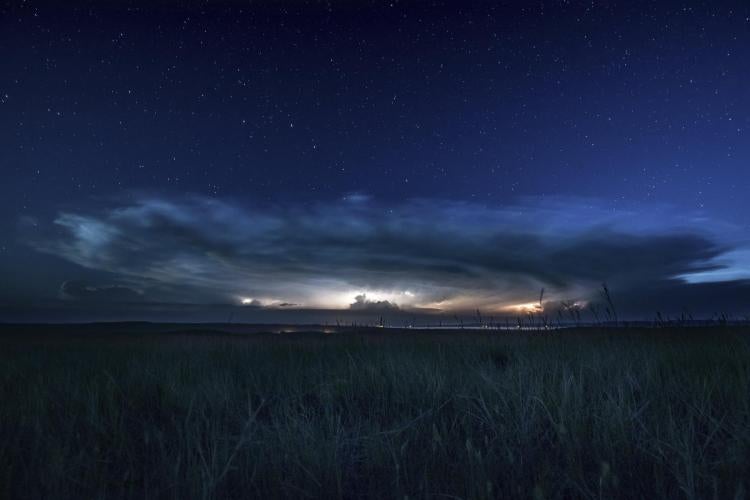 For auto companies, a robust incorporation of Indigenous rights must include all stages of the value chain and should be bolstered by the company’s due diligence process to ensure that the best practices are being followed by companies and suppliers they source from.

Over the last year, the Biden Administration announced a host of sustainable initiatives designed to make the U.S. a leader in clean energy technologies, to reduce greenhouse gas emissions, and to support the transition to net zero. Many of these domestic policies incentivize a national transition to clean energy by way of tax credits, consumer incentives, and other actions designed to create increased access to and use of low-carbon technologies. With these incentives, demand on transition mineral production could increase 500 percent by 2050.

The Biden Administration proposed actions to meet its 2030 goals, including to have half of all new vehicles sold be zero-emissions. This significant increase in electric vehicle (EV) production will require a significant increase in transition mineral production. For example, an EV requires six times the mineral inputs of a non-EV car. So, while the ultimate goal is to increase EV production and use, the entire process to make that goal a reality has far-reaching ramifications that, if not addressed, will harm both the planet and people. In particular, Indigenous Peoples will be severely impacted if their rights are not considered and prioritized in the growing demand for transition minerals as countries race to low carbon and net zero goals.

At present, First Peoples Worldwide has identified eleven auto companies that have committed to Biden's auto goal: BMW, Chrysler, Ford, General Motors, Honda, Hyundai, Mazda, Nissan, Toyota, Volkswagen, and Volvo. Significantly, none of these companies have fully integrated or operationalized the rights of Indigenous Peoples in their policies. Each of these companies have human rights policies or guidelines, but none have policies specific to Indigenous Peoples, and less than half – only Ford, General Motors, Toyota, Volkswagen, and Volvo – mention Indigenous Peoples at all.

This is especially significant for companies who commit to upholding the United Nations Guiding Principles on Business and Human Rights (UNGPs), but fall short of acknowledging that, per the UNGPs, this includes upholding human rights standards, like the the United Nations Declaration on the Rights of Indigenous Peoples (UNDRIP). An explicit mention to the UNDRIP falls within a company’s responsibility to respect human rights as per the UNGPs.

BMW is the only company with a policy that mentions free, prior and informed consent (FPIC), and states, “Suppliers are required not to engage in land grabbing, to obtain Free Prior and Informed Consent.” While notable in its inclusion of FPIC in its entirety (i.e. identifying consent and not only consultation), the policy limits applicability significantly because it does not state how this will be monitored by BMW, nor does it provide any other discussion of the practice by which a supplier must obtain FPIC.

Although BMW’s policy is arguably one of the more robust considerations of Indigenous Peoples by auto companies, the references to Indigenous Peoples are relegated only to a paragraph in a policy specific to suppliers – a pattern which is found in other auto company supplier policies. Indigenous Peoples should not be siloed into specific operational policies, but rather integrated at all stages of a project. A best practice would be a human rights and/or Indigenous Peoples policy that applies to all company operations and is specific about the ways in which the company will monitor and evaluate suppliers and other partners’ implementation of this policy throughout the production lifecycle.

A recent report on the cobalt supply chain showed serious labor exploitation and made direct links from the industrial mines to refineries to car makers like Volvo and Volkswagen. The attenuated nature of the multi-sector supply chain for minerals, as detailed in the report, demonstrates that a vague mention of FPIC without real enforcement mechanisms will be insufficient to reach a level of real respect for human rights. For auto companies, a robust incorporation of Indigenous rights must include all stages of the value chain and should be bolstered by the company’s due diligence process to ensure that the best practices are being followed by companies and suppliers they source from.

It is clear that auto companies will be interacting with Indigenous Peoples as the increased demand for EVs looms. As buyers of the transition minerals that are needed for the EVs, auto companies are now in the position to either perpetuate human rights abuses by extractive industry or to influence positive and necessary change. Without explicit and public-facing policies that address human rights throughout the supply chain, human rights violations will continue unfettered with the rise of clean energy and green technologies.

The Biden Administration’s goal around EVs is just one policy priority forecasting the ripple effects of net zero policies. From the point at which minerals are mined to building the batteries that will power the energy transition to negotiating deals that create energy sovereignty, there are opportunities for companies to uphold their responsibility to Indigenous Peoples to respect human rights.