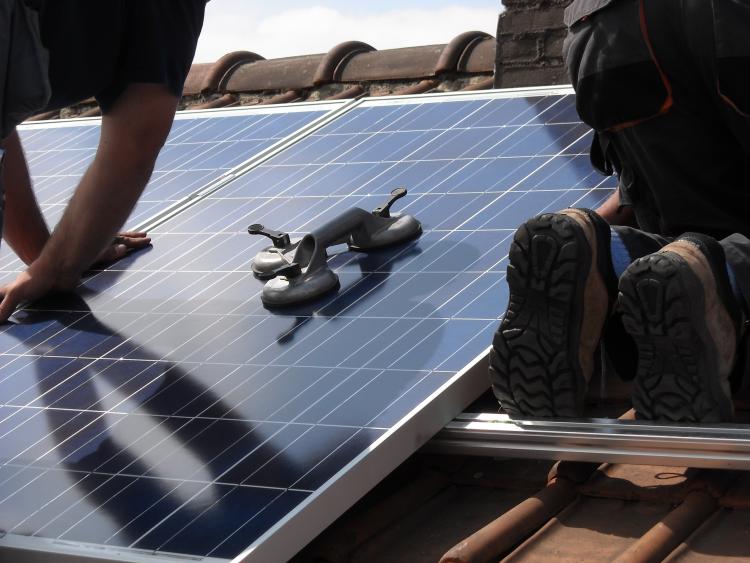 With a focus on building a green economy that benefits all community members, the City’s plan includes a roadmap to advance social justice in the transition to renewable energy. The focus on social justice emerged from community input into the draft climate plan, facilitated by the CU Boulder Just Transition Collaborative and partner organizations. It was also guided by model projects such as the FLOWS Leaders program, which brings students and primarily low-income community members together to work for more affordable water and energy practices.

“Boulder has an opportunity to be a trailblazer among U.S. cities with a focus on a socially just transition to a renewable energy economy,” said David Ciplet, Interim Executive Director of the Just Transition Collaborative and Assistant Professor of Environmental Studies at CU Boulder. “By building inclusive policy processes, the City can show the world that it’s possible to respond to the demands of climate change in ways that also improve the lives of all members of our community, especially those with the most at stake,” Ciplet said.

Framed as a commitment to a “just transition”, the City’s plan includes objectives to strengthen community leadership and policy inclusion of under-represented constituents, generate socially just economic and employment opportunities, and promote equity in energy costs and ownership of green technologies.

A report from the CU Boulder Just Transition Collaborative informed the City on the ways that the Climate Plan could specifically benefit low-income Boulder residents and other socially and economically marginalized groups. The report was developed in partnership with CU Boulder faculty, program staff, and community-based organizations, and with input generated from several community workshops.

“The City’s commitment to a just transition is an important opportunity to strengthen dialogue about how Boulder’s Latino community can help lead in this transition, as well as benefit from the jobs and economic opportunities that the new climate plan will bring,” Sifuentes said.

The CU Boulder Just Transition Collaborative was created in July of 2016 to support leadership of underrepresented groups to foster more equitable energy, climate and employment practices and policies, and to produce community-relevant research. The collaborative is funded through a CU Boulder Outreach Award, which connect research, teaching and creative work with public needs and interests.