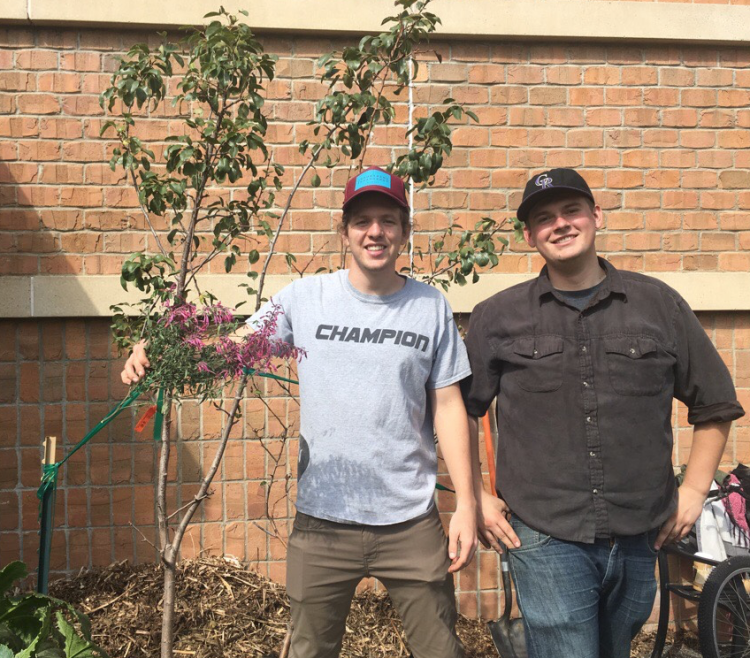 Michael Gilmore and Dakota Anderson (INVST Class of 2016) were more than excited to celebrate the culmination of more than two years of work with the official opening of the Sustainability, Energy and Environment Community (SEEC) Garden on the East CU campus! More than 75 people attended the ribbon cutting ceremony of the community garden, followed by a festive celebration with food, music and dancing on October 4. The 450 square-foot food forest is home to not only annual vegetables, but also perennial plants including fruit trees, that community members are encouraged to enjoy. The idea for the community garden started out as an INVST Community SOL (Serving*Organizing*Leading) Project called Collaboration for Local Solutions, designed by Gilmore, Anderson and fellow INVST student Sam Callahan (Class of 2016).

Community partners with whom the group worked over the course of two summer experiences in INVST inspired them to think about the intersections of social and environmental justice, food access, and environmental sustainability. They decided to work with members of the Boulder community to increase access to organic, fresh, and nutritious food, while helping people connect to their food source. Gilmore said, “though it seems simple, it’s revolutionary in this world where the majority of people are so disconnected from nature and where their food comes from.” 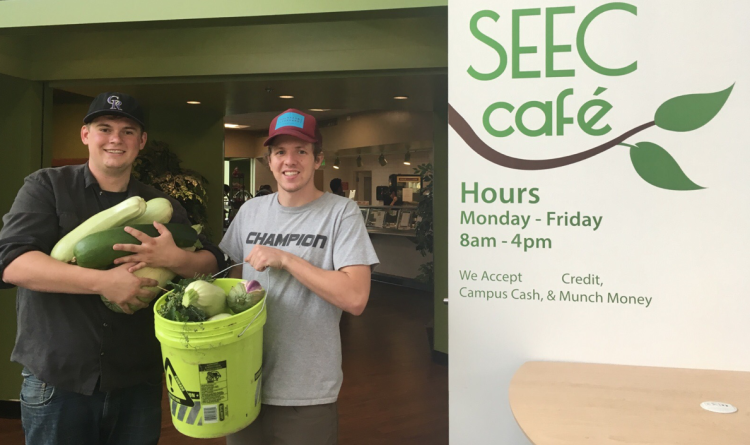 The INVST alumni envisioned building urban agriculture into landscapes in highly populated areas. First steps toward the creation of the garden included creating a steering committee for urban agriculture in the Boulder community. They interviewed members of the community involved in planning and permaculture design, and initially proposed a garden in Valmont Park. Though the city liked the idea, funding wasn’t available, so the group turned to the University. By learning how to approach and navigate partnerships within CU, as well as writing a detailed proposal, they received approval and funding for the garden on East campus and a partnership was created with SEEC. Food produced in the garden goes directly to the SEEC Café where it turns into meals available to students on campus.

“Though it seems simple, it’s revolutionary in this world where the majority of people are so disconnected from nature and where their food comes from.”