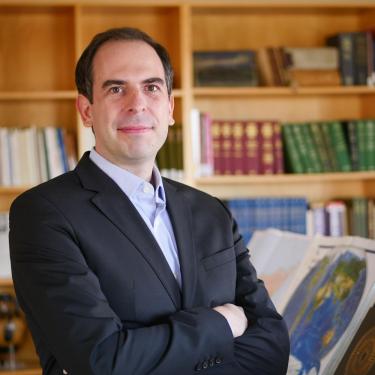 Professor Murphy is a native of Paris. After passing the Baccalaureat, he moved to the US to study engineering and fine arts at the University of Minnesota, Twin Cities. Later, while completing his MFA at Vermont College of Fine Arts, he developed a strong interest in contemporary debates concerning the social and intellectual function of artistic productions in the modern world. He pursued this interest further as a doctoral student in Comparative Literature at the University of California, Santa Barbara, where he specialized in French literature and philosophy, Haitian culture and the interactions between literature and science. Before coming to Boulder he taught in the Department of French and Italian at Dartmouth College.

Professor Murphy’s research has appeared in Contemporary French and Francophone Studies/Sites, Substance, Epistemocritique and artUS. As a contribution to the history of ideas and to the ongoing need to bridge disciplines, his first book manuscript explores the cultural and scientific context surrounding the emergence of the electromagnetic age during the 19th c. The Society for Literature, Science and the Arts recently awarded him its 2012 Schachterle Essay Prize.

He is on the editorial board of Epistemocritique and a member of Erlangen University Center for Literature and Natural Science.