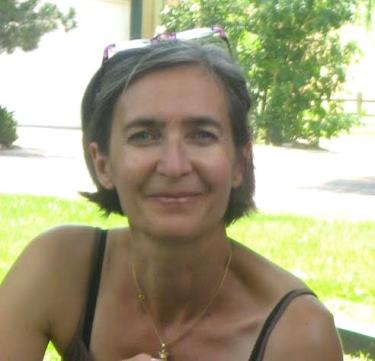 Elisabeth Arnould-Bloomfield received her Licence and Maitrise de Lettres from the Sorbonne University (Paris IV).  She completed her Ph.D. in French Literature from the University of California at San Diego and taught briefly at the University of Kentucky before coming to the University of Colorado, Boulder, in 2002.  Her research and teaching interests include poetry, critical theory, philosophy, trauma and animal studies, environmental thought and science studies. She has published on Ponge, Michon, Proust, Boubacar Diop and Marie NDiaye and a monograph on Batille et la terreur dans les lettres, published at the Presses Universitaires du Septentrion in 2009.  She is currently finishing a manuscript on contemporary animal discourse entitled Negative Zoologies and the Limits of Knowledge, and editing a collection of essays on Bruno Latour and relational thinking in collaboration with Dr. Claire Lyu (University of Virginia).