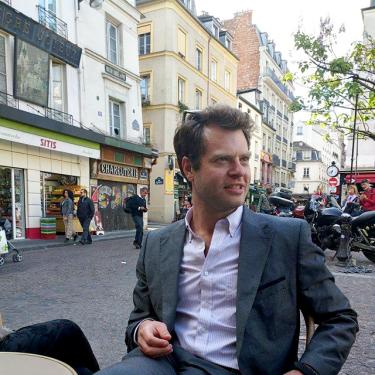 Charlie Samuelson (BA Amherst College; PhD Princeton) comes to CU Boulder from King’s College London, where he taught for three years. He is a specialist of medieval French literature. He is interested in courtly literature of both the High and the Late Middle Ages. His current book project considers in tandem two sorts of verse narratives: high medieval verse romance, best known for the twelfth-century work of Chrétien de Troyes; and late medieval dits amoureux, associated in particular with the fourteenth-century oeuvre of Guillaume de Machaut. His research focuses, on the one hand, on the indeterminacy of courtly texts: how they persistently play with form and self-consciously indulge the messiness of language. Resisting any impulse, though, to conceive of medieval literature in primarily formal or esthetic terms, his research also attends to how poetic play routinely, and almost invariably, spills into gender and sexual politics: to the political implications, often remarkably subtle, of the devious self-consciousness of medieval French literature. In thinking about the persistent indeterminacy of representations of ‘courtly love,’ his research follows in the footsteps of groundbreaking work which has shown how productively medieval literature and modern theory can dialogue. His work looks in particular to deconstruction, narrative theory, and queer theory.

‘Queering Temporality and the Gender Binary in Flamenca.’ Postmedieval: a Journal of Medieval Cultural Studies 7.3 (2016): 431-55.

‘The Beast that Therefore Chrétien is: the Poetics, Logic, and Ethics of Beastliness in Yvain.’ Exemplaria 27.4 (2015): 329-51. Winner of the 2016 Al & Judy Shoaf Prize, awarded biennially to paper which makes the greatest contribution in the field.