"I am tremendously grateful to the French & Italian Department at CU for a rigorous international education."
- Kenneth Landers - French BA 2015 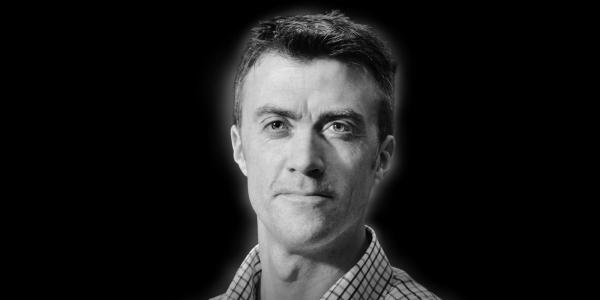 Nick De Toustaint received his undergraduate degree at CU in French with a double major in Math in 1993. He continued on for his graduate MBA plus M.A. at BU in International Relations, then in 1997 worked in Paris for Valtech, a French IT consulting company. He then moved to London and finaly New York City with the same company.

"I have literally put my French degree to work as an employee of now 3 different French companies. It's interesting because some of those three companies are unabashedly French, whereas others (e.g. my current one) prefer to downplay it or not bring it up at all. French origin: asset or liability? In any case, being able to communicate in the language of Moliere both verbally and in writing with my French managers has served me well. It not only helped me get the job in the first place but added to the value I'm able to deliver to the company.

I will always be grateful to my CU French professors who taught me, challenged me, and yes, entertained me. Ever hear Prof. Braider's rendering of the "tarte à la crème" passage from l'Ecole des femmes? No? You're missing out!" 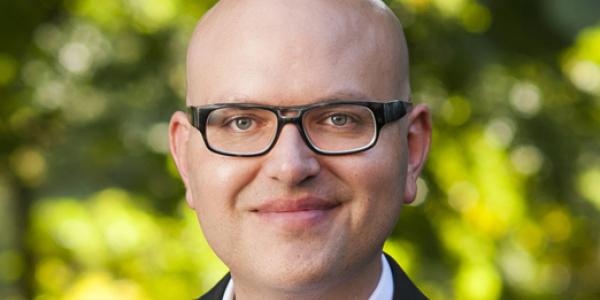 "I will always be grateful for my time in the Department of French & Italian at CU-Boulder. I was accepted to several excellent graduate programs, but the deciding factor for me was hearing from other students about how closely they worked with their professors. When I arrived in Boulder, I quickly discovered that in addition to being excellent scholars and fine teachers, my professors were kind people. I enjoyed a great deal of support beginning in my first semester in the M.A. program and extending all the way through my time on the job market. Now that I am a professor myself, I am all the more cognizant of the excellent mentorship that I received as a student, and I’m thankful for the friendships and professional relationships that continue to the present day." 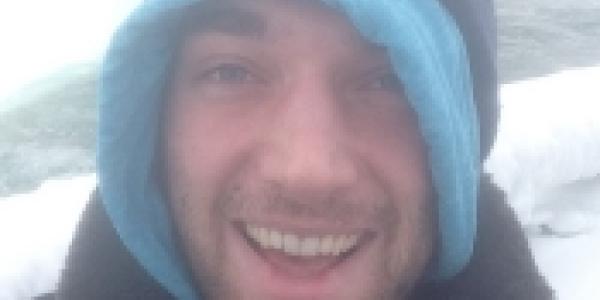 Sam Teets is a Ph.D candidate in the English Department at USC Dornsife. 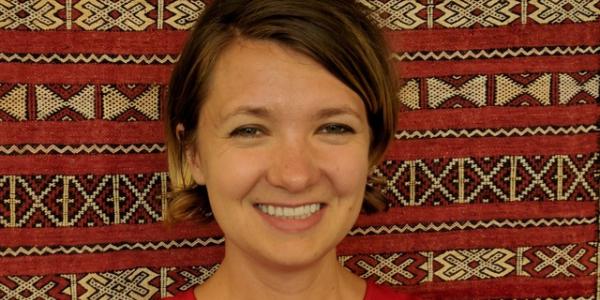 With a BA in French and anthropology from Dartmouth and two years served in the Peace Corps, I came to CU to sharpen my French skills to use in international work and to gain a deeper, more nuanced grasp of the language. I had the opportunity to study at CU from 2014-2015 in the Master’s program, teaching an undergraduate French course and honing my French skills while being exposed to ideas and authors that opened up my mind. I’ll never forget discovering Proust with Professor Bloomfield or the joys of extreme contemporary literature with Professor Motte!

My French study has opened doors for me to a unique and international career. After CU I had the opportunity to spend a year in Paris, where I interned at UNESCO’s headquarters and had a chance to combine my passions for language, culture, and the environment. While there, I drew on my French to collaborate in cofounding an international nonprofit focusing on cultural heritage protection in developing states threatened by climate change, and become a contributor and translator for a book published at UNESCO. Since then, for the past three years, I have worked in the nonprofit sector using my French as a program manager of international development projects across Africa. 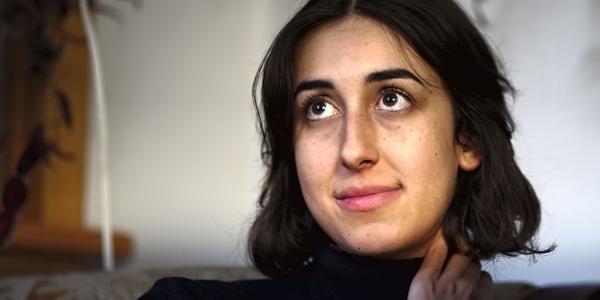 "In my five years studying at CU Boulder, the French department became my home. The program offers a 5-year BA/MA track, which I pursued thanks to the support and encouragement of my professors. Having the opportunity to study alongside such excellent faculty, to teach my first class, and to come out with an MA in the process was pivotal in my professional development. This program gave me the tools necessary to go on to teach language, to hold a management position at a bilingual non-profit, and to pursue an MFA in writing.
The French program at CU Boulder is outstanding in terms of its faculty’s passion and commitment to their subject and to their students, and I believe that motivated students will find a home there, too." 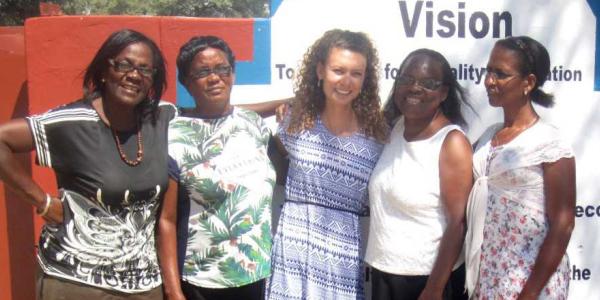 Shortly after graduating from CU in Anthropology and French, I joined the Peace Corps and served as an English teacher for two years in Namibia. My time in Namibia, combined with current political events in the U.S., kindled my interest in advocacy work for immigrant populations. I returned to CU to pursue a law degree, and am hoping to practice refugee and asylum law. Given that a great number of refugees come from Francophone countries, I’m looking forward to the prospect of utilizing my French skills to connect on a deeper level with future clients. For this, I owe a great deal of thanks to the wonderful French department. Learning a language can be daunting, but the professors de-mystify the undertaking with their passion, support, and all-around great teaching! The faculty were also incredibly helpful and encouraging as I researched study abroad programs, and I was able to spend a semester in Dakar, Senegal. Between the diverse array of classes, experienced professors, study abroad options, and on-campus resources and activities, CU’s French department truly provides a comprehensive and effective program. 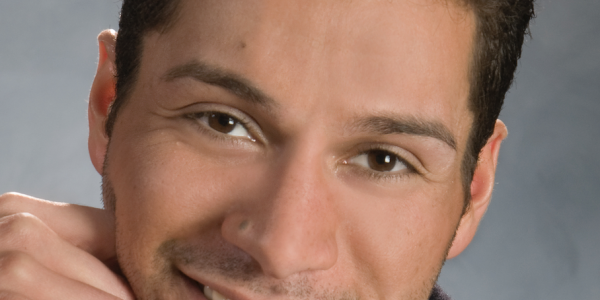 "My work is focused on advancing philanthropic support for Harvard University internationally. I am tremendously grateful to the French and Italian Department at CU for a rigorous international education. Everyday I draw on the analytical tools of my education to understand how Harvard, along with its friends and alumni, can make meaningful contributions to other parts of the world. I can't think of more satisfying work!" 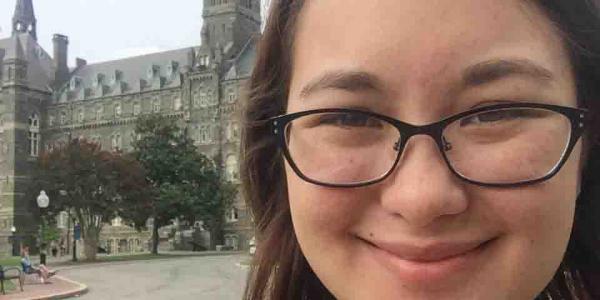 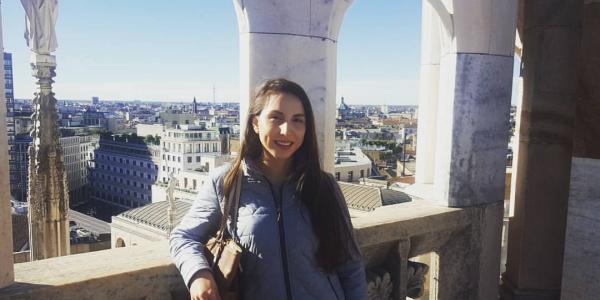 "My name is Marlene Aramburo and I graduated from CU Boulder in August 2017. I declared a Humanities major the day of freshman orientation- having no idea what that meant- after looking at the degree audit for an Integrative physiology major. How did I chose to study Italian? To begin with, my freshman advisor told me I had not taken enough language courses in high school and thus had to take three semesters of a language of my choice at CU. Annoyed at the already-confusing university curriculum, as my advisor read the endless language possibilities, I stopped her at Italian. Three semesters quickly flew by and I realized that my Italian classes gave me a thrill that no other class gave me. I asked about a minor- then soon after, a major. I simply did not want to stop taking Italian classes.

Four years later, I am using my Italian major more than I ever imagined. I studied abroad in Ferrara during fall semester of 2016, where I lived with a host family and took classes at the local university. By May of 2017, three months before my official graduation, I had a job waiting for me in Milan- la città metropolitana. As you can imagine, summer was filled with prospect. Forward to now and I use my Italian every single day.

If it had not been for the Italian department always procuring not only my academic but also my professional life, I would not be nearly as happy as I am today. More than a “department”, I learned to view everyone as la mia famiglia. Out of a mass of 30,000 students trying to make it into the “real world,” the staff in the Italian department truly sought out my potential and provided me with a plethora of resources that enabled me to thrive with my Italian major. Studying Italian at CU Boulder was an unforgettable experience that created life-long bonds and passions."

Currently Marlene is working at the Univerity of Colorado Boulder as a Transfer Admissions Counselor in the Admissions Office. 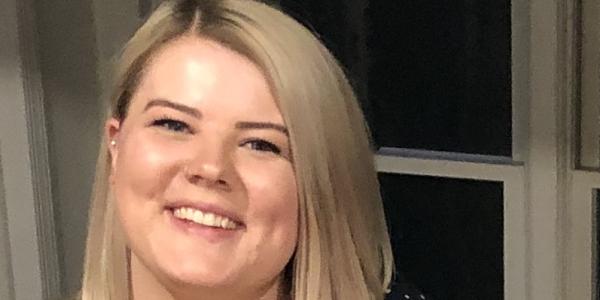 I graduated from CU in December 2017, and since then my French degree has continuously served as a powerful asset. I am currently in the J.D. program at American University Washington College of Law in Washington, D.C. I'm pursuing a concentration in international law and I believe that my background studying a foreign language and living abroad has been crucial to my success in law school. I am hoping to go through the international dual degree program here at WCL, and if all goes well, I'll be returning to France in 2021 for the last two years of my legal studies.
The Department of French & Italian at CU was a wonderful tight-knit community within the greater CU campus. I started taking French classes in high school and wasn't sure that I would be able to continue once I started at CU, but I was captivated by all of the courses and opportunities offered through the department. I am so happy that I ultimately chose to pursue a French major because I had such an enriching experience learning from exceptional faculty, and now I have an invaluable skill to carry with me throughout my life and career. 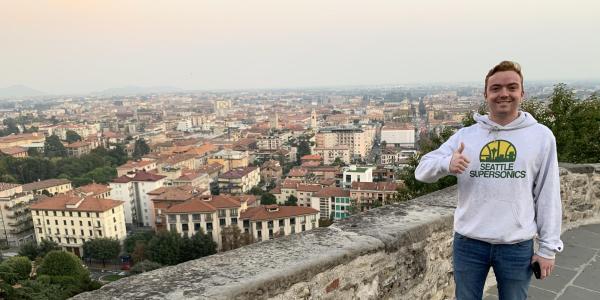 Milan has been absolutely fantastic these last few months. It's taken a little bit of time to assimilate and get the layout of the city, etc, but now after the winter break I am really beginning to feel like a local. My Liceo where I am working at is really nice, good students and very helpful and nice teachers as well. It certainly took a little while to get the hang of teaching but I think I have improved over these past few months. I have met a great group of other American interns here, and we have all gotten along very well, and they have been great travelling partners! Around Milan over the past few months I have visited Parma, Bergamo, Torino, a town in the Alps called Sauze D'Oulx (with much cheaper skiing than CO), among a few others. I spent some time in Rome with my family there, and then was able to visit a cousin of mine in Stuttgart, Germany, as well as spending the holidays with family in Ireland. My Mom came to visit just this past weekend so I was able to do a few more tourist activities with her. We got a spot to go see the Cenacolo, which was absolutely incredible and well worth it even after being shuffled out after only 15 minutes. I have also been able to see plenty of the works we examined in our class at the Pinacoteca di Brera. Specifically to see a few of Canaletto's works up close was really incredible, much better than on a computer screen! I am still going through a few lists of things to see in Milan and around Italy, even though I have done and seen a lot, it feels as though I have barely scratched the surface! I have attached a few photos of my travels so far. 2 Pictures of myself at the Bergamo "Alta Citta", the stunning San Siro Stadio, the view from our hotel in the Alps, a few of the works we studied that I have now seen up close and personal, and the armor room at the museo Bagatti Valsecchi, which might be my personal favorite museum in Milan. Hope all is well in Colorado and CU! I can't say enough how much of an incredible experience this is! 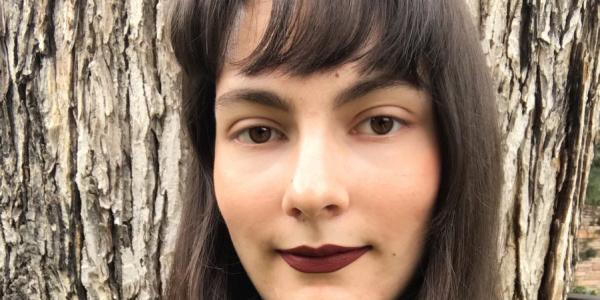 Serafina Paladino will be a Master of Letters candidate at St. Andrews in Scotland in the fall of 2020.