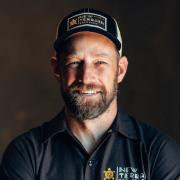 Josh Robbins is the president and brewmaster at New Terrain Brewing Company in Golden, Colorado.  He obtained his BS in chemical engineering from Colorado School of Mines in 1995, and then begin his career as a process development engineer for Texas Instruments in Dallas. After several years in industry, Josh returned to Colorado School of Mines and obtained his MS and PhD in Chemical Engineering. Working under Professor Colin Wolden, his research focus was on the production of unique transparent conducting oxides using plasma enhanced chemical vapor deposition. Immediately after grad school, Josh founded CMD Research, a small start-up that focused on the production of novel solid-state materials using innovative production processes. Promising results from a project at CMD Research were used as the foundation of a spin-off company, SiC Systems, which was funded through a mix of government grants, angel investors, and venture capital. After 6 years, SiC Systems folded, and Josh turned to his love of beer and chemical engineering for his next project as founder of Mountain Toad Brewing. The success of Mountain Toad allowed he and his wife moved on to “new terrain” and form their dream brewery in Golden. 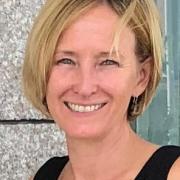 Heather Callender-Potters is Co-Founder, Vice-Chairman and Chief Advocacy and Shareholder Relations Officer of PharmaJet, a needle-free jet injection technology focused on immunizations.  Having spent more than a decade to develop the company’s technology, including clinical testing, regulatory achievements, and commercial scaling for wide-spread use of the technology, PharmaJet currently enjoys 60 collaboration relationships across 140 distinct vaccine and therapeutic development programs.  Partners span the globe, and include pharmaceutical companies, governments, universities, and NGO’s.

The original vision of focusing on immunization to help improve people’s lives and contribute to world health through the elimination of needle-based risks and inefficiencies, PharmaJet is the first and only WHO prequalified needle-free technology, among numerous other regulatory approvals (FDA, CE Mark, and multiple countries).  PharmaJet also uniquely plays a role in the Global Polio Eradication Initiative, where clinical studies conducted by the World Health Organization have proven that its intradermal technology generates a superior immune response using 60% less vaccine.  During the past year of the pandemic, PharmaJet has established several COVID vaccine collaborations, and currently is scaling its manufacturing to support the Zydus Cadila Plasmid DNA vaccine candidate in India.

Underlying Heather’s involvement with PharmaJet, she has ~30 years of Private Equity fund management and international investment experience across multiple jurisdictions.  Her investment career started in 1991 when she moved to Poland as part of the Enterprise Fund concept championed by President Bush, Sr. Over time, she spent 19 years investing three funds, covering Central and Eastern Europe, and managing individual investments and financial investor consortiums, in early stage and growth companies, ranging from $1 million to an excess of $100 million, in a variety of industries.  She returned to the US in 2010 to focus on PharmaJet’s development, she has continued as an active board member and/or angel investor in certain other companies with the ability to make a profound impact in health.  Underlying her practical experience, she has a Bachelor of Arts degree in International Management from Claremont McKenna College and an MBA from Wharton, the University of Pennsylvania. 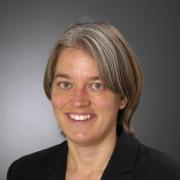 Dr. Jeanne Atwell is the Vice President of Engineering at Ball Aerospace. In this role, Dr. Atwell engages across the company focusing on execution throughout the life cycle of Ball Aerospace programs, from proposal to final delivery.

In her 20 years at Ball Aerospace, Dr. Atwell has served in widely diverse roles, including as a data scientist, systems engineer, technical manager and functional manager. She has supported programs in all phases of the program life cycle, from architecture studies to requirements development and post-delivery support, including serving as chief engineer on several programs and proposals. In addition, she directed the internally- and externally-funded research and development portfolio for the National Defense business unit. Most recently, she served as the senior director of Advanced Mission Solutions, supporting the National Defense business unit. In this role, she oversaw programs and business development for critical national security space missions, including survivability and resiliency, advanced technology and missions and special programs. 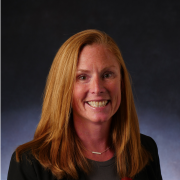 Christine Wiedinmyer is the Associate Director for Science at the University of Colorado Boulder’s Cooperative Institute for Research in Environmental Sciences (CIRES). In this position, she serves on the senior management team, helping to oversee the human resource, finance, communications and IT needs of CIRES' 820+ people. A former scientist at the National Center for Atmospheric Research (NCAR) (for more than 16 years), Dr. Wiedinmyer holds a Bachelor of Science in Chemical Engineering from Tulane University and a PhD in Chemical Engineering from the University of Texas at Austin. Dr. Wiedinmyer’s research focuses on the identification and quantification of various emission sources and modeling the transport and fate of emitted pollutants in the atmosphere. She is the recipient of the Walter Orr Roberts Lecturer for Interdisciplinary Sciences from the American Meteorological Society in 2014 “for research on biomass burning and its impact on the atmosphere and terrestrial biosphere, and bridging atmospheric science, biology, engineering, public health and other disciplines.” Dr. Wiedinmyer is also a founding member and a current Board member of the Earth Science Women's Network (ESWN) and has focused much effort on the professional development of scientists at all career levels. 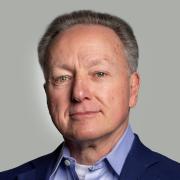 Byron Hewett has led healthcare and life science companies for more than 30 years, in multi-national firms, development-stage and start-up companies. Byron is a 4-time CEO, including being a founder of Brava Diagnostics (now LightDeck Diagnostics). Prior to Brava, Byron was CEO of SomaLogic, a life sciences tools company focused on biomarker discovery where he raised $240M in capital to fund the company’s growth. He served as Chairman and CEO of BioBehavioral Diagnostics, a start-up medical device company with the first FDA-cleared system for the assessment of ADHD. He served as CEO at Immunicon (NASDAQ: IMMC), the first FDA-cleared test for circulating tumor cells. He served in senior executive roles at Qiagen, Bayer Diagnostics, Chiron Diagnostics and Abbott Diagnostics. Byron earned his MBA from Northwestern University’s J.L. Kellogg Graduate School of Management and a Bachelor’s of Science degree from the University of Virginia’s McIntire School of Commerce. Byron currently serves as a Board Director for the Colorado BioSciences Association and HepQuant. Byron also serves as an advisor to the SPARK program at CU-Anschutz as well as being a grant reviewer for the State of Colorado Advanced Industries Grant Program. 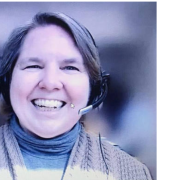 Dr. Marla Dowell is Director of the NIST Communications Technology Laboratory and NIST Boulder Laboratory.  Marla has a passion for solving problems that help people.  Her work has touched the lives of many people by enabling better optical measurements for photodynamic therapy to treat cancer, laser safety, communications, and manufacturing. Her abilities to foster collaborations with both private and public sector partners and to lead high performing research organizations have been recognized with numerous awards, including Department of Commerce Silver Medal, NIST Equal Employment Opportunity/Diversity Award, Allen V. Astin Award, and the Arthur S. Flemming Award from George Washington University. 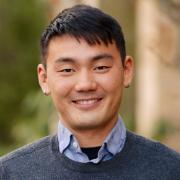 Kangmin Kim is a Lead Chemist at Living Ink Technologies. He leads a wide spectrum of research projects from product research & development to pilot plant scale-up to commercialize algae-based ink formulations. He has received a PhD in Material Chemistry at the University of Colorado Boulder and a BA in Chemistry at Colorado College. He enjoys outdoor activities when he is not in lab or factory. 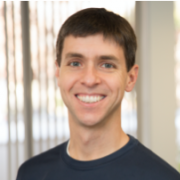 Brett T. Hannigan is the Director of Bioinformatics and Software Engineering at Inscripta where he leads a team of bioinformaticians in developing software used by scientists to create highly multiplexed libraries of edited cells. Brett received his PhD in Genomics and Computational Biology from the University of Pennsylvania in 2013. While at Penn, Brett performed research in structural biology and computational protein design in the lab of William DeGrado. 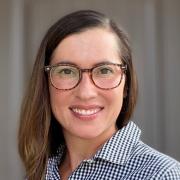 Samantha Bokatzian is an Account Manager for Agilent Technologies in Colorado.  Prior to this she was a Mass Spectrometry Product Specialist for Agilent in Boston/Cambride (2016-2018) and the Mountain West (2019-2021).

Sam received her PhD in Analytical Chemistry from the University of Alabama in 2012.  After completion of her graduate studies, she enjoyed two post-doctoral research positions focusing on mass-spectrometry based metabolomics.  Sam explored mycobacterium tuberculosis during a Gates Foundation-funded post-doc at Colorado State University under John Belisle from 2012-2014.  She was on the DARPA-funded metabolomics team for Subcellular Pan-omics for Advanced Rapid Threat Assessment (SPARTA) at National Jewish Health under Nichole Reisdorph from 2014-2015.  Sam then spent a year as the Assistant Director of the Mass Spectrometry Core at the University of Colorado Denver School of Pharmacy before making the leap to sales in 2016. 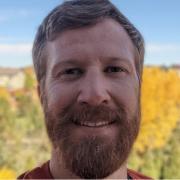 Josh Pergande is the lead systems engineer for Sierra Space’s Destinations Product Line.  With experience at both private and publicly traded companies, he has worked across all program life cycle phases, from proposals through development through operations, on various satellite, spaceplane, lunar, and space station missions.

Josh earned his MS degree in applied mathematics and BS degrees in mathematics and astrophysics & astronomy from Michigan State University in 2006.  After doing research in automated, robotic telescopes at Los Alamos National Laboratory, Josh followed his passion for space by pursuing a career in the aerospace and defense industry.  He served as the lead command & control engineer for a commercial, high-resolution imaging satellite at GeoEye (now Maxar Technologies), where he was responsible for ground segment architecture and resolving spacecraft anomalies.  For the past several years, he has held multiple roles at Sierra Nevada Corporation / Sierra Space, including on the Dream Chaser spaceplane program in support of the International Space Station and on the commercial Sierra Space Station program. 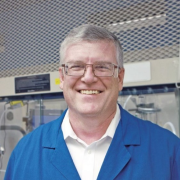 Chuck received his Ph.D. from the University of Michigan, Ann Arbor, and then did a post-doc at the Philipps Universität in Marburg, Germany. He has spent 30 years in the pharmaceutical industry, working on developmental and commercial-scale process development for drug substances.