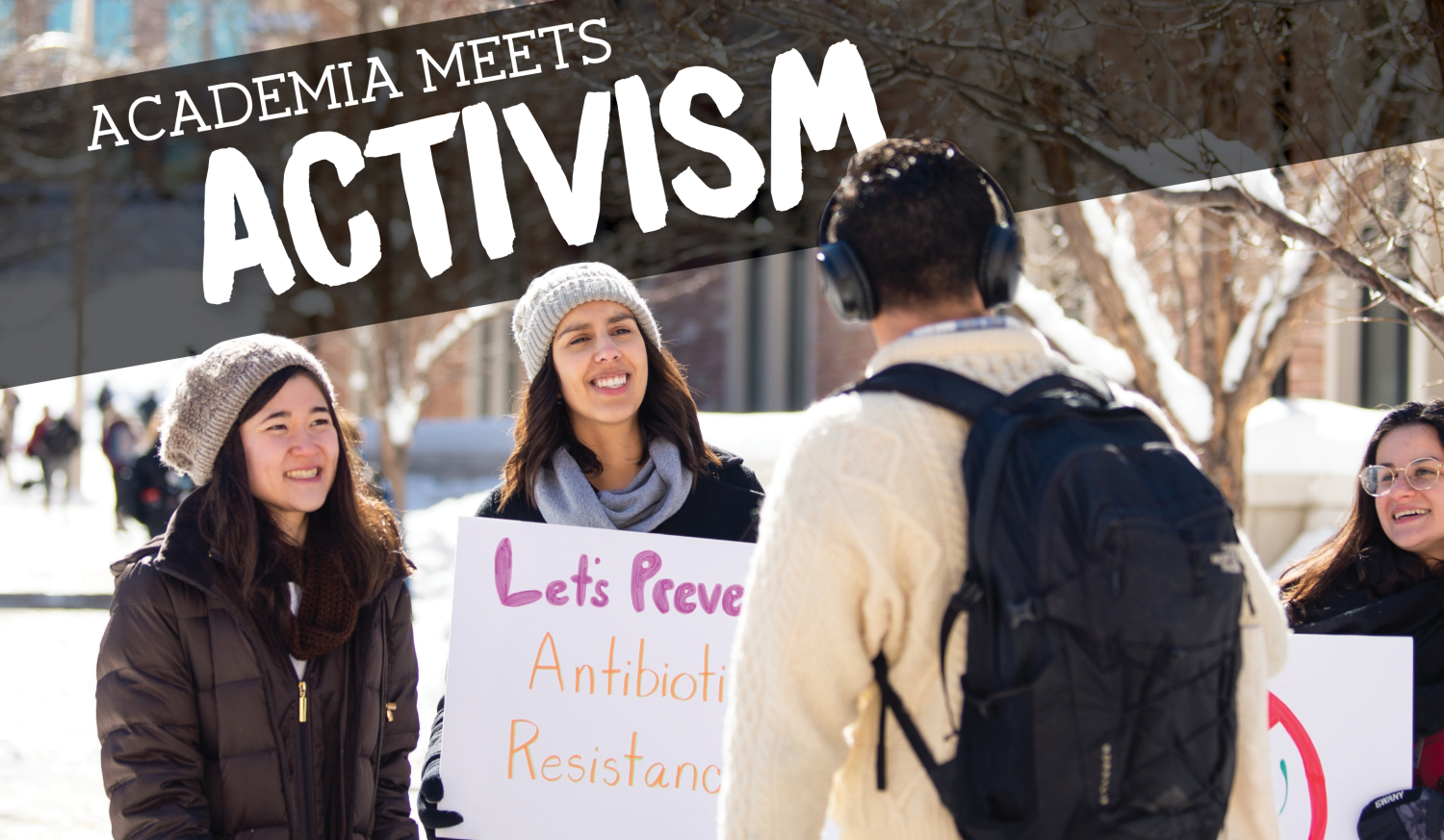 In labs at CU Boulder and around the world, researchers are exploring strategies for revamping antibiotics to work in the face of resistant superbugs and investigating new, adaptive therapies that work in completely different ways. 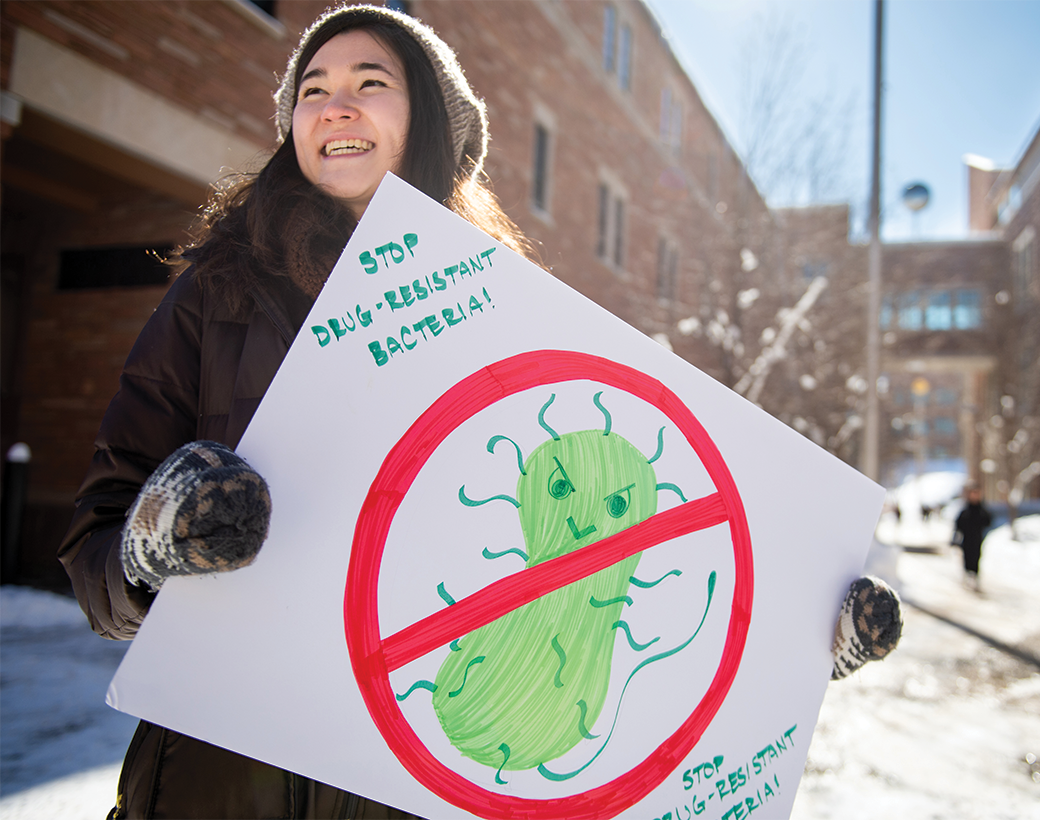 Now, a group of student researchers at CU Boulder is taking steps to improve public awareness of antimicrobial resistance. They hope to show that the average person doesn’t have to wait around, fingers crossed that scientists and policymakers will offer a solution—we all can play a role in curbing the problem.

In early 2019, they created ARMOR, which stands for Antimicrobial Resistance Mediation Outreach. The organization, which has a half-dozen core members, meets weekly to discuss tactics for spreading the word on campus and beyond. ARMOR was created under the Antimicrobial Regeneration Consortium initiative, which aims to bring together global scientific expertise in academia and industry to tackle this major health crisis.

“We kind of decided that we needed to do more,” said Colleen McCollum, a PhD student in chemical and biological engineering. “There’s a lot that you can do in academia, but without the public behind you, there’s only so far you can go.”

Each year in the U.S. alone, at least 2.8 million people are infected with antibiotic-resistant bacteria, and more than 35,000 die as a result, according to the Centers for Disease Control and Prevention. The evolution of resistant microorganisms occurs naturally, but scientific consensus suggests that human activity is accelerating the pace.

At its worst, antimicrobial resistance could make today’s curable infections more difficult or impossible to treat. Common conditions like a urinary tract infection or stomach bug could spell hospitalization, while procedures like chemotherapy, joint replacement or C-section births could become impossibly risky. In this scary scenario, even a paper cut could lead to death.

ARMOR is taking several steps to address these urgent and emerging issues.

The members have created informational pamphlets about antibiotic resistance now being distributed at the campus’s Health and Wellness Services that explain how antibiotics work and why they might not be prescribed for every illness.

They visited the Boulder County Farmers Market to talk to local producers about their approaches to antibiotic use, and they talked with people at the Boulder County wastewater treatment facility to understand how antimicrobials accumulate in our water and ecosystem.

They even hosted a soap-making event to provide natural alternatives to antibacterial soaps that have flooded the market.

“There is a disconnect between discoveries in academia and what’s actually making it to the public,” PhD student Dana Stamo said. “The value of ARMOR is bridging that gap and finding out, how do we bring those discoveries to the public?”

Small Steps You Can Take

At the doctor’s office

Keep in mind that antibiotics can treat only bacterial infections. The common cold, flu and many coughs and sore throats stem from viruses, so antibiotics won’t be effective. Wait until tests confirm the source of your illness, or ask your doctor if there are steps you can take to feel better without using antibiotics.

Don’t use hand soaps marked “antibacterial.” For most healthy people, they aren’t necessary and have not been proven to be any more effective than plain soap and water, according to the U.S. Food and Drug Administration. Over time, less demand may lead to less supply of these products.

At the grocery store

Consider purchasing meat and dairy products from sources that don’t treat animals with antibiotics. The FDA already monitors antibiotic residue in meat, so the problem isn’t ingesting residual drugs – it’s about the other ways that resistant bacteria can enter the food chain during the slaughtering process.

Wipe down your gym equipment after use with cleaners that don’t use antimicrobial chemicals. Bacteria on your skin or in your sweat could be resistant, and shared equipment at the gym is an easy place to pick up a bug the last user left behind. 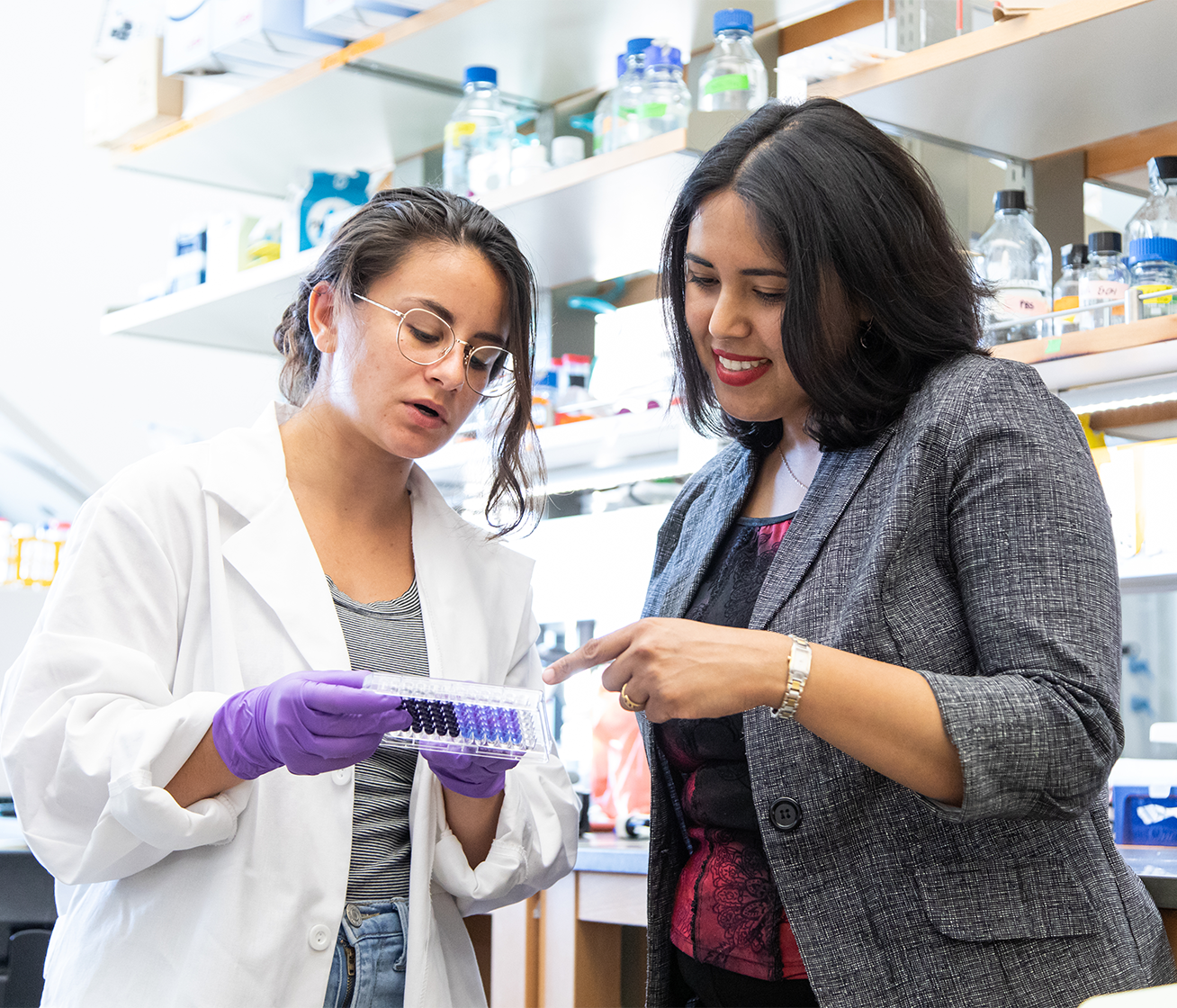 Dana Stamo, left, and Anshuree Chatterjee in the lab in the Department of Chemical and Biological Engineering at CU Boulder.

In Professors Anushree Chatterjee and Prashant Nagpal’s labs in the Department of Chemical and Biological Engineering, several promising strategies have already been identified to fight antibiotic resistance.

First, the team devised a way to use quantum dots – minuscule crystals of semiconductors, activated by light—to produce a substance toxic to bacteria that doesn’t harm surrounding healthy cells. The dots are cheap and easily manufactured, making them excellent candidates to fight superbugs around the globe.

More recently, the Chatterjee lab found a way to use CRISPR DNA editing techniques to alter genes in bacteria that stunt their ability to evolve and reproduce. The tweaked gene expressions build up stress in the bacterial cell until it fails and becomes susceptible once again to current treatments. The technique is called Controlled Hindrance of Adaptation of OrganismS, or CHAOS, because of the mayhem it produces in the resistant cells.

Chatterjee’s lab also has developed a Facile Accelerated Specific Therapeutic platform, or FAST, that can generate novel antimicrobial therapeutics in less than a week to counter multi-drug-resistant bacteria.

Those techniques together, along with other promising therapies being developed around the world, may one day stop antibiotic resistance in its tracks.