This article originally appeared on OpenColleges.

Deborah Clay is one of Australia’s most experienced and respected radio journalists. Working for the Australian Radio Network, she is the Sydney and Brisbane News Director and also presents the drive news across WSFM and the KIIS National Network.

She has a postgraduate degree in journalism and has worked in the industry for more than a decade in roles such as News Director and Breakfast News Presenter roles at Southern Cross Austereo and a journalist at Sky News, Nova and 2SM. She is also a regular contributor on Channel 7’s Sunrise.

At the 2013 ACRAs Deborah received the Brian White Memorial Award in recognition of sustained excellence in journalism.

1.    What made you want to become a journalist?

As a child, I was an enthusiastic reader. For me, journalism is a natural extension of my passion for literature, which often sees me awake in the wee hours of the morning, chipping away at a good book.

I've also been interested in politics for as long as I can remember. In the early nineties, my family was planning our first trip overseas to see Disneyland. I asked if we could visit the major landmarks in Bill Clinton and George H. W. Bush's life.

The sights of Arkansas and Space Mountain were equally exciting.

2.    What was your first job and what path led you to your present job?

I grew up in Sydney's north-west and throughout school my strongest subjects were 3 Unit English and 2 Unit Drama. After studying, I made contact with my local newspaper, The Hills Shire Times, and cut my teeth writing articles about council issues and crime, as well as food and film reviews.

Around the same time, I received some life-changing advice from the late, respected Greg Henricks who was the News Director at Australian Radio Network (which is the position I currently hold).

He strongly urged me to pursue a career in radio news, saying I had the writing skills and voice required to be a radio journalist. I landed my first job in radio on the AM band and after three years made the move to Sky News Australia, before returning to radio.

The breakthrough role was in 2011 when I became a radio News Director. I am also a regular contributor on Channel Seven’s “Sunrise”.

I love chasing the news and creating interesting content. When I am sitting on the news desk or reporting from the scene of a breaking news story I am completely engaged by the process.

I also love the gradual accumulation of knowledge, which accompanies working as a journalist and in my particular role as News Director, the fusion of broadcast news, management and the associated mentoring.

Culture is of critical importance to me when it comes to job satisfaction and ARN has created an environment where hard work, a positive attitude and having fun are valued. 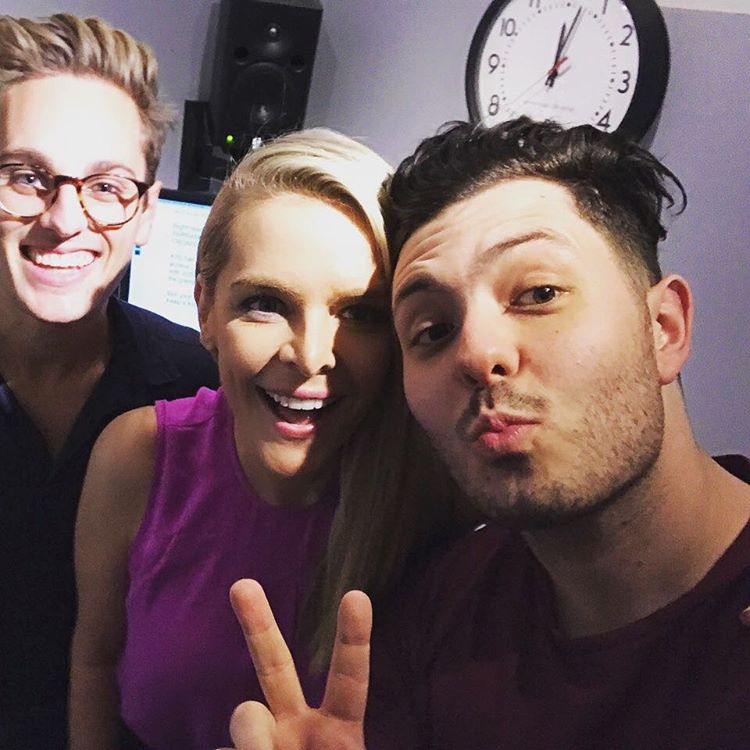 4.    What is the biggest challenge you've faced as a journalist?

The seemingly endless deadlines in newsrooms appear to be a challenge however they shouldn't stop journalists asking questions about specific aspects of stories and always striving for accurate, compelling bulletins.

When I'm recruiting for radio journalists I ask applicants if they enjoy chasing the news and creating unique content, as well as presenting.

For me, an enquiring mind stands out from the crowd. I plan on doing further post-graduate study, as I believe learning never ends.

5.    What do you think is the biggest misconception about journalists?

There is an unfair stereotype of journalists lacking ethics when in my experience, the opposite is the case.

From home, I listen to the early ARN stations' news bulletins and often make contact with the office. I peruse websites, blogs and social media.

My Facebook feed is interspersed with updates from friends and short video news pieces. Twitter is a highly effective tool for sourcing news and contacts, as news breaks.

Once I'm in the office, the first part of my day is taken up with strategy, executive meetings, work in progress meetings with staff, recruitment and rosters. The second half of the day I am on-air reading drive news.

If I was asked this question five years ago the answer would have been my current role.

The media landscape is constantly evolving so “the dream job” is about continuing to work with talented journalists and having the resources to produce quality content.

8.    Do you think the industry is harder for women or men?

When it comes to radio news, in particular, we can see female News Directors or Managers appointed at each of the major radio networks (FM and AM), which is a profoundly positive statement.

The broader picture of Australian employment isn't as promising, though. It is improving thanks to advocacy and evolving awareness.

The gender pay gap remains an issue across Australia. A recent report found both women and men are being pigeonholed into certain industries, which doesn't help anyone.

A diverse team is productive and adds to a vibrant culture.

9.    Now that so much of the industry is online, do you believe it's a case of adapt or die?

The core function of the broadcast radio journalist is the on-air coverage. Five years ago we were talking about "adapting" to digital in broadcast newsrooms - we've gone beyond that now.

Social media is an integrated aspect of a radio journalist's role, whether it's sourcing the news or posting to Twitter.

A number of journalists in the Sydney and Brisbane newsrooms also create video content.

10.    Advice to young people considering a career in journalism?

An authentically positive attitude is essential.

Take the time to identify the specific type of journalist you wish to be (radio, television, print, online, investigative) and slowly build your skills within that niche area.

Wonderfully authentic and real, Shelly Horton is a renowned and trusted voice in the area of pop culture and entertainment, women’s issues and health. Known for fronting up to uncomfortable conversations and never sitting on the fence, Shelly’s opinion can be heard nationally a number of times a week with regular segments on Channel 9’s Today, Today Extra and Weekend Today. She has previously appeared on Channel 7’s Sunrise, The Morning Show, The Daily Edition and Weekend Sunrise; and was host of Mamamia TV, creating, researching and producing inspiring video content in the areas of health, women & celebrity. She’s interviewed everyone from Tom Cruise and Kim Kardashian to the Dalai Lama.

Transferable Skills and How to Articulate Them

Breaking Into (And Staying in!) The TV News Business

Working in the Public Relations Industry: Tips from PR Pros

This article originally appeared on The Campus Career Coach . Ever wanted to be a... END_OF_DOCUMENT_TOKEN_TO_BE_REPLACED

How Can I Make My Application Stand Out?

This article originally appeared on The Campus Career Coach . Grant from University of Northern... END_OF_DOCUMENT_TOKEN_TO_BE_REPLACED

This article originally appeared on OpenColleges . Deborah Clay is one of Australia’s most experienced... END_OF_DOCUMENT_TOKEN_TO_BE_REPLACED
Return to the top of the page