The Ignite Conference is an annual one-day conference-style leadership and social justice program that serves as a learning and networking opportunity for student leaders across CU Boulder’s campus.

2022 Ignite Conference •
Good Trouble: We Rise, We Move, We Change

The conference focuses on empowering student leaders to rise above adversity, engage in social movements and lead others in positive social change in order to transform the CU Boulder community and beyond. 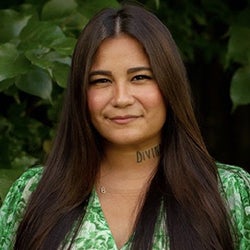 Prisca Dorcas Mojica Rodríguez was born in Managua, Nicaragua but calls Nashville, Tennessee home. She got her masters of divinity from Vanderbilt University in spring 2015. The bulk of her work is around making accessible, through storytelling and curating content, the theories and heavy material that is oftentimes only taught in the racist/classist institutions known as academia. To date she has participated in the Young Adult anthology "Nevertheless, We Persisted." Recently Prisca also participated in an anthology edited by Lynda Lopez titled, "The Fearless Rise and Powerful Resonance of Alexandria Ocasio-Cortez."

She started the platform Latina Rebels in 2013, and currently it boasts over 300k organic followers online. She has been featured in Telemundo, Univision, Mitú, Huffington Post Latino Voices, Guerrilla Feminism, Latina Mag, Cosmopolitan and Everyday Feminism, and was invited to the White House in fall 2016. She is unapologetic, angry and uncompromising about protecting and upholding the stories of Latinx communities. Que viva la gente!

Currently, her first full length book with Seal Press a subsidiary of Hachette Book Group, is out everywhere books are sold. 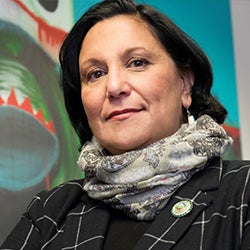 Dr. Dwanna L. McKay is a citizen of the Muscogee Nation and an assistant professor in the programs of Race, Ethnicity and Migration Studies and Indigenous Studies at Colorado College. She is the youngest of eight children, a first-generation college student and the first in her immediate family to earn a college degree, including a BA in political science, an MS in sociology, an MBA in management science and a PhD in sociology. Born and culturally raised within the boundaries of her tribal nation in rural Oklahoma, McKay understands the definitive disadvantage of growing up in an area steeped in discrimination, and how that discrimination manifests in environmental racism and constrained access to basic needs like housing, healthcare, employment opportunities and equitable education for BIPOC communities. McKay seeks to inspire others to understand, disrupt and overcome such obstacles, and therefore centers her teaching, research, service and activism on an overall commitment to social justice. McKay also works to engage nonacademic audiences to create awareness about Indigenous histories, narratives and experiences to disrupt stereotypical and racist assumptions about Indigenous Peoples.

McKay’s research focuses on social inequality, race and racism, and Indigenous identity, and has been published in numerous scholarly journals, including the Sociology of Race and Ethnicity, American Indian Quarterly, American Indian Culture and Research Journal, and the European Sociological Review. McKay currently serves on the National Advisory committee for the Native American Student Advocacy Institute and as a Deputy Editor for the American Sociology Association’s journal of Sociology of Race and Ethnicity, and previously held an appointment as Secretary of Education for the Muscogee (Creek) Nation (2014–15) and served as a member of the Native American Advisory Committee for the Office of the Governor of Kansas (2013–15). 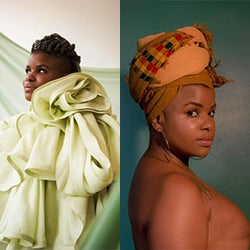 Ericka Hart (pronouns: she/they) is a black queer femme activist, writer, highly acclaimed speaker and award-winning sexuality educator with a master’s of education in human sexuality from Widener University. Ericka’s work broke ground when she went topless showing her double mastectomy scars in public in 2016. Since then, she has been in demand at colleges and universities across the country, featured in countless digital and print publications like Vogue, Washington Post, Allure, Harper’s Bazaar, VICE, PAPER Mag, BBC News, Cosmopolitan, Vanity Fair, W Magazine, Glamour, Elle, and Essence. Ericka’s voice is rooted in leading edge thought around human sexual expression as inextricable to overall human health and its intersections with race, gender, chronic illness and disability. Both radical and relatable, she continues to push well beyond the threshold of sex positivity. Ericka has taught sexuality education for elementary-aged youth to adults across New York City for over 10 years, including for four years at Columbia University’s School of Social work and the CUNY School of Public Health at Hunter College. They are currently an adjunct faculty member at Widener University’s Center for Human Sexuality.

Call for proprosals is now closed.

We are seeking faculty and staff members who have demonstrated a commitment to student success to submit program proposals for the Ignite Conference. We are requesting program proposals in the following areas:

Proposal deadline was Friday, Jan. 21, 2022. The Ignite Conference committee will review program submissions and notify faculty and staff by Jan. 28, 2022. Selected programs will be based on the relevancy of the presentation, the conference theme, and the needs of conference attendees.

How to write an effective program proposal

Questions or concerns? Please contact Ysatiz Piñero or Nicole Laverty. Thank you for your continued support.