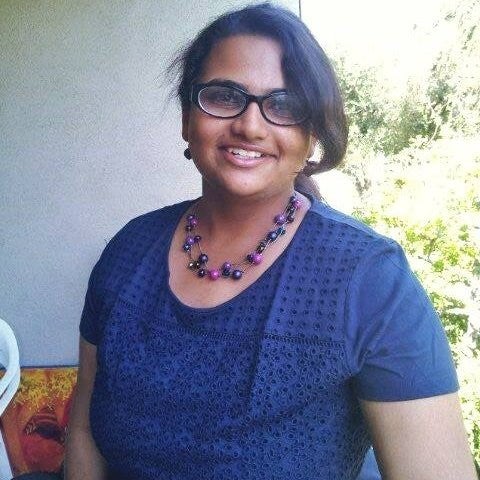 Sindhu Sadineni is the winner of the 2020 Tito Torres Student Activist and Leadership award given by the CU Pride Office. Sindhu has been an impressive force for advocacy since entering the LGBTQ community at CU Boulder. Morgan Seamont, Director of the Pride Office, describes Sadineni as an unstoppable force when bringing an idea for an event, improving student organizations or recognizing the work of previous LGBTQ ancestors and states “Once Sindhu puts her mind to something, there is no stopping her, which really works to benefit the entire queer and trans community at CU- and for that I think she is awesome!”

In the fall of 2019 Sadineni brought to fruition the Evelyn Hooker Advocacy Award and ceremony while working as a board member for out in STEM (0STEM). The submitted story of Hooker’s work is related here:

“It was the height of the McCarthy era in the United States. Political persecution of “possible communists” and homosexuals was rampant. Many in the LGBT community were imprisoned for their sexual orientation. Anyone associated with a known persecuted group was subject of intense scrutiny, investigation, and in some cases, imprisonment. Gay bars were frequently the target of police raids and being openly gay had extensive ramifications. It was during this time that one woman began her research into homosexuality. The objective? To prove that homosexuality was not the “sexual perversion” or “deviant behavior” that most renowned psychologists of the time perceived it to be. Her research would then be cited as one of two papers that led to the American Psychological Associations’ elimination of homosexuality from the Diagnostic and Statistical Manual of Mental Disorders.

That woman’s name is Dr. Evelyn Hooker. Born into an impoverished family in 1907, Evelyn had humble beginnings and a great deal of determination to pursue a higher education. On the encouragement of several faculty members at her school, she enrolled in the University of Colorado at Boulder in 1924 with a tuition scholarship. She paid for her living by working as a housecleaner for a wealthy family in Boulder. It Dr. Evelyn Hooker was here at CU that she became a student of Dr. Karl Muenzinger and found intrigue and inspiration on his lectures on scientific investigation of behavior. She continued her work with Dr. Muenzinger as a master’s student and on his suggestion, began working on her PhD in psychology with Knight Dunlap (who normally did not approve of women doctorates) at Johns Hopkins. Since faculty positions for women were hard to find during the great depression era, she studied psychotherapy in Berlin where she boarded with a Jewish family and witnessed the rise of Nazism firsthand. Witnessing the persecution of these groups of people spawned her desire to “make her life count in helping to correct social injustice.” Working as a research associate in UCLA, Dr. Hooker befriended one of her brightest students, Sam From who introduced her to his circle of gay friends and urged her to conduct research on homosexuals. It was then that she began administering psychological tests on homosexual men. After a divorce and a few years of personal struggle, in 1953 she applied to the National Institute of Mental Health (NIMH) for a grant to study nonpathological homosexual men. The application was seen as unusual owing to the fact that during this era homosexuality was considered a mental illness by psychologists, a sin by the church, and a crime by law. Despite the nature of the study, her grant was approved with a fair warning from the chief of the grants division about the possibility of her being subject of an FBI investigation due to her association with the LGBT community. Her study required utmost privacy due to the confidentiality concerns of the subjects of her study. Despite attempts by law enforcement to look at the contents of her study and one incident of her arrest, she protected the privacy of her subjects. The conclusions of her study were corroborated a panel of experts who failed to distinguish the results of homosexual men vs the heterosexual ones proving that there is no abnormality in homosexual behavior.

Before Evelyn Hooker’s study, the common corrective procedures on gay people included lobotomies, chemical castration, and electroshock therapy. Sodomy laws criminalized homosexual behavior and the APA wasn’t advocating for the civil rights of LGBT citizens. This would all change over the course of the next fifty years. After her groundbreaking research, Dr. Evelyn Hooker spent the remainder of her life advocating for the LGBTQ community and becoming one of our most treasured allies.

She has done the work that enabled generations of queer youth to be liberated and pursue our civil rights without the burden of who we are being perceived as a pathology by the scientific community. True allies pave way for the liberation of oppressed masses and lay foundations for their empowerment”.

Sadineni brought the idea of creating an award in Hooker’s name to honor advocates across CU Boulder who have done work that changes the lives of LGBTQ students on campus. Seamont states that, much like Hooker, Sadineni has been a tremendous advocate for many LGBTQ students on campus after having struggled with acceptance from her own family. Sadineni has worked tirelessly with oSTEM helping the organization to win the Outstanding Student Organization of the Year award as well as many other accolades. Her curiosity and driven desire to learn more about our community, to reach out to those who may be struggling and compassion for others make her one of the strongest advocates on campus within our community. With these accomplishments, and many others, we are happy to have awarded Sindhu the Tito Torres Student Activism and Leadership award for 2020.

I dedicate my CU Savit Scholar Award (received for my research into the sports climate for LGBTQ-NCAA athletes) in honor of George Floyd, pride month, and ally-ship. In 1978, Harvey Milk urged all gay and lesbian teachers and their allies in the California Public School system to come out to defeat proposition 6, which would have banned out teachers from the classroom The movement gained unstoppable momentum and ultimate success...