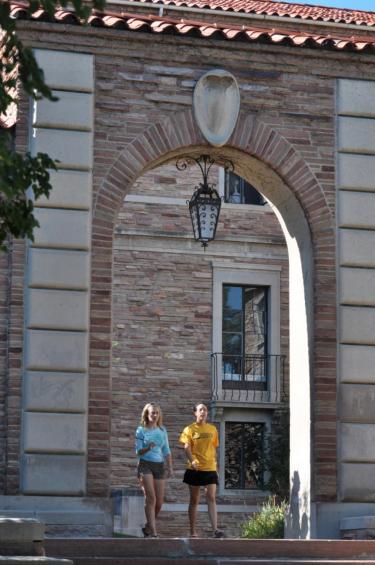 Baker Hall was named after a former CU President and is centrally located in the heart of campus, just next to Farrand Field and the College of Music. It was originally designed by Charles Klauder and G.H. Huntington as a men’s residence hall in 1937. It is a very attractive building that stands out in part because there are many beautiful details that are original to the design of this building. During World War II, Baker Hall served as a dorm for US servicemen. They were at CU to learn foreign languages, such as Japanese,. After their training was complete, they were reassigned to either the Pacific or European theaters of war.

Residents in Baker Hall enjoy the large classrooms and open spaces which allow students to meet each other. The majority of the rooms in Baker are double occupancy, with a few singles, triples, on each floor. Baker Hall offers beautiful views of campus and the Flatirons, depending on where the room is located.

Baker has laundry facilities for residents, a TV lounge, game room, study lounge, and a few smaller social spaces for residents. Baker does not have a dining facility, but there is a grab-n-go in Farrand and students can use their meal plan in the UMC and C4C.