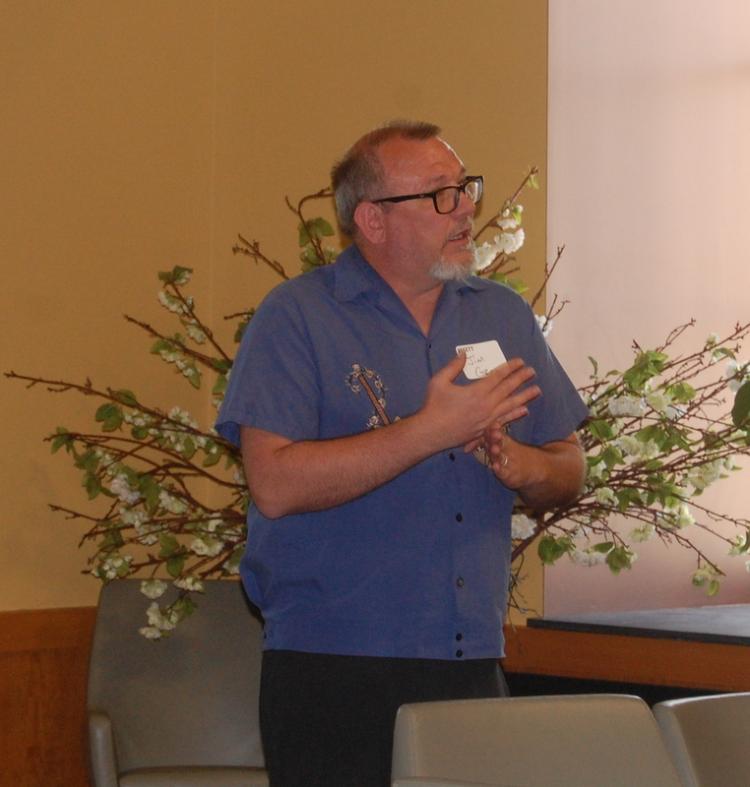 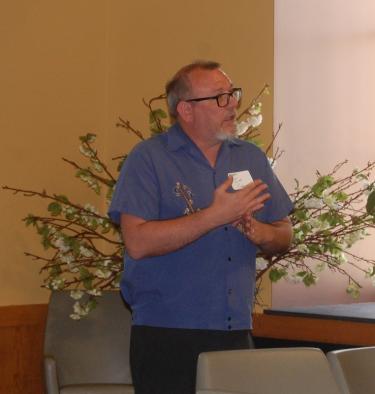 Jim Groom Presents at the 2015 ASSETT Teaching with Tech Symposium

"Digital Agency in the 21st Century," was the theme at the Third Annual ASSETT Teaching with Technology Symposium in April.  The Director of the Division of Teaching and Learning Technologies and Adjunct Professor at the University of Mary Washington, Jim Groom, gave the keynote speech.  Groom spoke about, and explained his involvement with, the Domain of One’s Own at UMW project.  UMW gives each student and instructor the option of creating a domain that UMW hosts.  Groom explained that UMW Domains recognizes and codifies the importance of digital agency for each and every learner on campus.  After his talk, several instructors discussed whether we could bring such a program to CU. 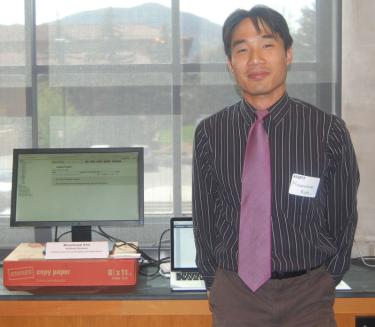 Also at the Symposium, ASSETT awarded the 2015 Excellence in Teaching with Technology Award to Political Science Assistant Professor Moonhawk Kim.  Kim joined several other instructors at the Symposium in presenting a teaching with technology tool that he uses in his teaching.  Kim uses open educational software Nota Bene that was created by MIT for collaborative reading.  NB is an online annotation tool that allows students to better engage with content.  Through NB, the instructor can assign articles for students to read and dedicate prompts for students to consider and respond to as they read.   With NB, the instructor can better task students to consider their course readings with a more critical eye.  Then, in class, students can use their annotations to participate in more productive conversations about their class readings.  Students must find evidence in the assigned readings to support their ideas. 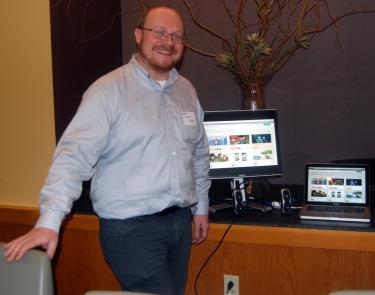 Several other CU Boulder instructors and professors presented their teaching with technology projects at the Symposium.  Italian Instructor Giorgio Corda returned to the Symposium this year to present a second time.  In both years, Corda has presented an effective and engaging tool he uses in teaching foreign language in a hybrid format.  Corda says that he believes hybrid learning for foreign languages is a unique approach that shows much promise for some of CU's student populations.

This year, Corda displayed examples of students' work from his hybrid language classes.  Students used GoAnimate software to create avatar cartoon characters and place them in virtual social situations.  Students meet and converse in Italian online with their peers through the personas of their selected Avatar characters.  Students record their own voices speaking in Italian, and GoAnimate plays their voice along with animation of the selected avatar.  It may look like students are meeting online through cartoons, but Corda said that when students respond to messages in Italian from their peers several times throughout the week, they access the new language more frequently than they would if they attended Italian class in person only.  Corda says that he sees higher test scores among students who opt for his hybrid classes.  Corda has completed ASSETT's Hybrid and Online Design Seminar and ASSETT's Teaching with Technology Seminar.  He has received an ASSETT Development Award. 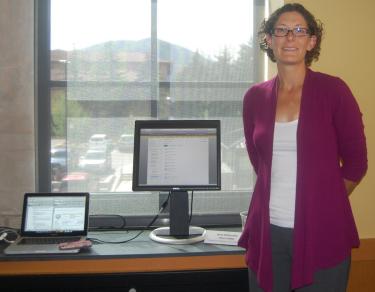 Instructor Jenny Withycombe of the Ethnic Studies Department also presented at the ASSETT Symposium this year.  She also talked about her experience converting her traditionally formatted Ethnic Studies class to a hybrid model.  Withycombe gives her students an option about whether to continue in the traditional in person classroom or to watch her lectures online and come to recitations in person.  Withycombe has completed ASSETT's Hybrid and Online Design Seminar. 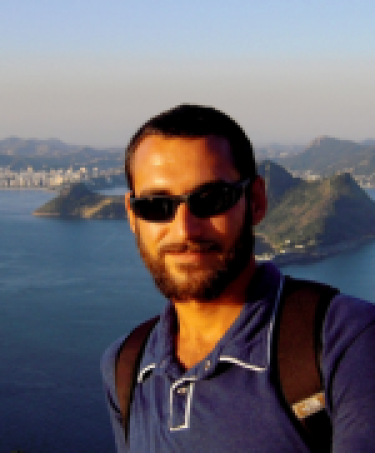 Also, Sociology Graduate Part Time Instructor Joshua LePree presented at the 2015 ASSETT Symposium.  LePree talked about his implementation of Twitter and TweetBeam to support online discussions in the courses he teaches.  Similar to Corda's idea of continuing conversations between students outside the classroom, LePree asks students to post pertinent articles on Twitter about topics they're learning about in class throughout the week.  Students read and Reply to one another's Tweets.  LePree's incorporation of technology into student discussions and homework has been well received.  Students have nominated LePree for ASSETT's Excellence in Teaching with Technology Awards in multiple semesters.

The 2015 ASSETT Teaching with Technology Symposium enjoyed a successful turnout.  Participating faculty and instructors from the Libraries engaged in discussions about the latest trends in digital agency and pedagogy.