Where is the Teacher? Using Software to Flip the Classroom

If you were to stumble upon Professor John Flynt’s applied mathematics classroom, you may not notice him at first. Dr. Flynt has rejected the podium and now sits among his students, using a tablet to make notes that are then projected onto a screen and written immediately to a server that undergraduates can access on their laptops. “Use of chalkboards and whiteboards is an outmoded way of doing things,” he insists. 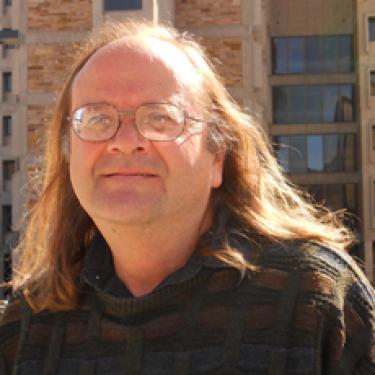 Together with his colleague Dr. Adam Norris, Dr. Flynt has been experimenting with several different software systems that have the potential to help transform traditional student-teacher hierarchies. Flynt and Norris first tested a program called Labview. “Labview allows engineering students to build controls on a PC that can be connected to machines they want to control,” Dr. Flynt explains. However, the student response was not encouraging. Beginners had a difficult time learning the software and it was found to be inappropriate for general users. “It’s like joining a club, maybe a secret one,” says Flynt.

Another software system called Dyknow, on the other hand, had much more potential in the classroom. Dyknow allows the instructor to use a tablet and a projector and to connect to a server. The instructor can walk around a classroom using a tablet and Microsoft OneNote to transcribe lectures that are automatically projected onto a screen and an online server. The students have immediate access to the notes on the server and they are able to retrieve the information whenever they need to. It is no longer necessary for students to struggle between listening and note-taking.

The change is a simple one, but the implications are significant. “It is possible to completely transform a classroom,” says Dr. Flynt. Using Dyknow software and the current IT capabilities of CU Boulder (augmented with wireless connectivity), teachers can deconstruct traditional lecture styles by physically integrating into the classroom, sitting with their students rather than in front of them. Instead of standing at the head of the class, instructors can have conversations with and among their pupils, which can result in more energizing discussions and increased responsiveness.

However, in order for Dyknow to work, Flynt suggests that CU needs to upgrade its classrooms to include wireless projectors. There are a few CU classrooms with wireless capabilities, but most require a physical connection between the tablet and the projector. The need for a wire reinforces the traditional “authoritarian” student-teacher model, says Flynt. The teacher’s mobility is limited and he or she must, once again, address students from the lecture stand. Another potential upgrade would be to provide personal laptops for all students.

Of course, new teaching methods will always be questioned. When Flynt and Norris first introduced their project idea, some colleagues were deeply skeptical.   Using Dyknow and a tablet, professors feared that they would no longer be able to rely on the handwritten lectures that they had used for decades. Additionally, some lecturers may have been nervous about privacy issues. Everything that a professor writes on the tablet is archived and available to students. Successes and mistakes are uploaded to a server immediately. Other teachers worried that undergraduates would be more likely to skip class when comprehensive lectures are made available online.

Despite these potential problems, Flynt believes that the advantages far outweigh the inconveniences. “People need to overcome their fear of computers in the classroom,” he says. He observed that using Dyknow allows students to have access to much more course material than before. Digitizing the classroom also significantly cuts down on paper waste. One less obvious advantage that may be especially important in a mathematics course is that students are given access to the professor’s mental processes. Describing his first attempt at posting his lectures online, Flynt says, “The material was not particularly clean or tidy, as it would be if it was turned into a textbook or handouts, but it showed teaching at work.”

The lecture notes from Dr. Flynt’s Spring Pre-Calculus For Engineering class are still available online. There is something beautiful about them from a purely aesthetic perspective. They are a blending of printed words and handwriting scrawled in black and red ink, numbers scratched out and rewritten. Although the notes are a little messy, the result is that students are able to see the cerebral process involved in solving a mathematical problem. Instead of being presented only with finished equations, the corrected mistakes and comments in the margins show the imperfect brain at work as it tackles a problem and grapples for a solution. It is strange, perhaps, that the use of computers has a potentially humanizing effect. In the end, this more intimate view of mathematical thinking may be the key that improves student learning.