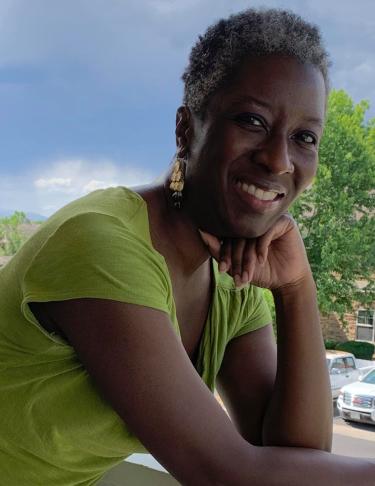 Dr. L. Kaifa Roland is an Associate Professor of Anthropology at the University of Colorado Boulder, and the Chair of Women and Gender Studies. She has conducted extensive field research in Cuba, with a regional focus on the Caribbean and the broader African Diaspora, and her research interests include the intersection of racial and gender constructions within tourism, national identity, and popular culture.

Dr. Roland's first book-length ethnography, Cuban Color in Tourism and La Lucha: An Ethnography of Racial Meanings (Oxford University Press 2011), describes the shifting intersections of race, class, sexuality, and belonging. "Through vivid vignettes and firsthand details, Roland exposes the lasting effects of the collapse of the Soviet Union and the subsequent rise of state-sponsored segregated tourism in Cuba... [she] uses conversations and anecdotes gleaned from a year of living among locals as a way of delving into these struggles and understanding what constitutes life in Cuba today." Her current research projects include an upcoming book regarding AfroCubana entrepreneurial experiences.

Dr. Roland teaches many courses which involve globalization and cultural practices in Cuba and the Caribbean, as well as several courses cross-listed with women and gender studies, including: Anthropology of Tourism; Brown Studies; Cuban Culture: Race, Gender, and Power; Popular Culture(s), Star Trek and the Next Generation of Anthropology, and Zora Neale Hurston–Anthropologist.