It’s no secret that slugging down caffeinated drinks in the evening can disrupt sleep.

But a new study led by the University of Colorado Boulder and the Medical Research Council’s Laboratory of Molecular Biology in Cambridge, England shows for the first time that evening caffeine delays the internal circadian clock that tells us when to get ready for sleep and when to prepare to wake up. The research team showed the amount of caffeine in a double espresso or its equivalent three hours before bedtime induced a 40-minute phase delay in the roughly 24-hour human biological clock.

The study also showed for the first time how caffeine affects “cellular timekeeping” in the human body, said CU-Boulder Professor Kenneth Wright, who co-led the study with John O’Neill of the Medical Research Council’s Laboratory of Molecular Biology (LMB) in Cambridge. While it has been known that caffeine influences circadian clocks of even primitive creatures like algae and fruit flies, the new study shows that the internal clocks in human cells can be impacted by caffeine intake.

“This is the first study to show that caffeine, the mostly widely used psychoactive drug in the world, has an influence on the human circadian clock,” said Wright, a professor in CU-Boulder’s Department of Integrative Physiology. “It also provides new and exciting insights into the effects of caffeine on human physiology.”

A paper on the subject led by Wright and O’Neill is being published online in the Sept 16 issue of Science Translational Medicine.

For the study the team recruited five human subjects, three females and two males, who went though a double-blind, placebo-controlled 49-day protocol through CU-Boulder’s Sleep and Chronobiology Laboratory, which is directed by Wright. The subjects were tested under four conditions: low light and a placebo pill; low light and the equivalent of a 200-milligram caffeine pill dependent on the subject’s weight; bright light and a placebo pill; and bright light and the caffeine pill.

Saliva samples of each participant were tested periodically during the study for levels of the hormone melatonin, which is produced naturally by the pineal gland when directed to do so by the brain’s “master clock.” The master clock is re-set by exposure to light and coordinates cellular clocks throughout the human body. Melatonin levels in the blood increase to signal the onset of biological nighttime during each 24-hour period and decrease at the start of biological daytime, said Wright.

Those who took the caffeine pill under low-light conditions were found to have a roughly 40-minute delay in their nightly circadian rhythm compared to those who took the placebo pill under low light conditions, said Wright. The magnitude of delay from the caffeine dose was about half that of the delay induced in test subjects by a three-hour exposure to bright, overhead light that began at each person’s normal bedtime.

In addition, researchers at O’Neill’s lab at the LMB in Cambridge used “reporter” genes that made cells glow when the clock genes were expressed to measure changes caused by caffeine. O’Neill’s group showed that caffeine can block cell receptors of the neurotransmitter adenosine, which normally promotes sleep and suppresses arousal.

The results may help to explain why caffeine-drinking “night owls” go to bed later and wake up later and may have implications for the treatment of some circadian sleep-wake disorders, said Wright.

The new results could benefit travelers. Properly timed caffeine use could help shift the circadian clocks of those flying west over multiple time zones, said Wright.

In a 2013 study, Wright and his research team showed one week of camping in the Rocky Mountains with no artificial light, not even flashlights, synchronized the circadian clocks of the eight study subjects with the timing of sunrise and sunset.

Other co-authors on the new paper included former CU-Boulder students and researchers Tina Burke, Rachel Markwald, Andrew McHill, Evan Chinoy, Jesse Snider, Sara Bessman and Christopher Jung. Markwald and Bessman are now at the Naval Health Research Center in San Diego, while Jung is at the University of Alaska Anchorage, and McHill and Chinoy are at Brigham and Women’s Hospital and Division of Sleep Medicine at Harvard Medical School.

The study was funded by the National Institutes of Health, including NIH’s National Center for Advancing Translational Science, as well as the Howard Hughes Medical Institute in collaboration with CU-Boulder’s Biological Sciences Initiative and its Undergraduate Research Opportunity Program. The Medical Research Council and the Wellcome Trust also helped to fund the study. 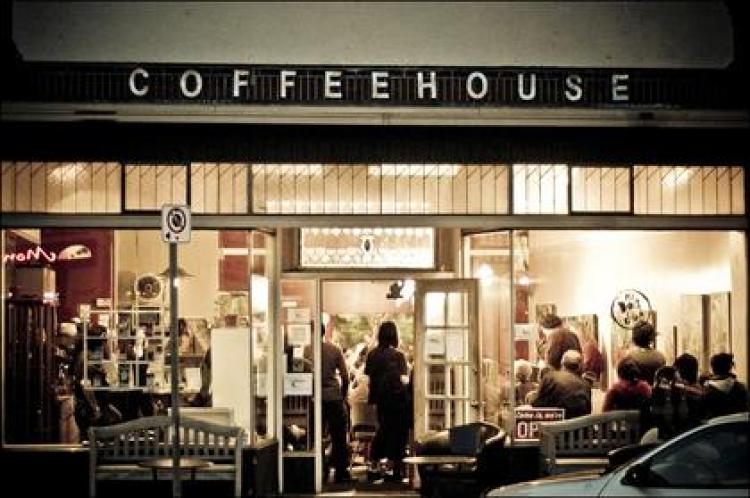 A new CU-Boulder study shows for the first time that caffeine in the evening can delay our our circadian clocks that tell us when ready for to sleep and for awakening. (Photo courtesy Kenneth Moyle)

“This is the first study to show that caffeine, the mostly widely used psychoactive drug in the world, has an influence on the human circadian clock,” said Kenneth Wright, a professor in CU-Boulder’s Department of Integrative Physiology. “It also provides new and exciting insights into the effects of caffeine on human physiology.”
Categories:

Seventy-eight years ago on Jan. 27, the Auschwitz concentration camp closed after liberation by the Soviet army. Professor Janet Jacobs, who researches genocide, trauma and collective memory, discusses the ways in which the experiences and trauma of Holocaust survivors are passed down through generations. END_OF_DOCUMENT_TOKEN_TO_BE_REPLACED

A model of your very own kidney made entirely from soft and pliable polymers? Researchers at two CU campuses are on the cusp of 3D printing realistic replicas of human anatomy. END_OF_DOCUMENT_TOKEN_TO_BE_REPLACED

Legalizing recreational cannabis does not increase substance use disorders or use of other illicit drugs in adults and may reduce alcohol-related problems, according to new research. The study also found no link between cannabis legalization and increases in cognitive, psychological, social, relationship or financial problems. END_OF_DOCUMENT_TOKEN_TO_BE_REPLACED
Return to the top of the page