Alarmed by melting glaciers and inspired by University of Colorado Boulder scientists’ efforts to teach the public about mechanisms that drive environmental change, emeritus Department of Communication faculty member Brian Daniell and his wife, Vicki Bynum, have pledged $500,000 toward the university’s Sustainability, Energy and Environment Complex (SEEC).

The commitment, the largest so far in support of SEEC, will establish the Albert A. Bartlett Science Communication Center on the building’s second floor. The center will foster the exchange of information among CU-Boulder students and scholars, federal researchers and community members.

When completed in August 2015, SEEC will consist of 430,000 square feet of research labs, classrooms and other academic spaces on CU-Boulder’s East Campus. It is intended to be a catalyst and national hub for learning, research and innovation.

SEEC’s partners include CU-Boulder’s Institute of Arctic and Alpine Research (INSTAAR); the Renewable and Sustainable Energy Institute (RASEI), a joint institute comprised of CU and National Renewable Energy Laboratory scientists; the Department of Atmospheric and Oceanic Sciences; elements of the Department of Civil, Environmental and Architectural Engineering; and the Environmental Studies Program.

Bynum chose the name to honor legendary CU-Boulder physics Professor Albert Bartlett, who worked at Los Alamos National Laboratory for the Manhattan Project in 1944 before his 38-year tenure on CU’s faculty.

He warned about the consequences of human overpopulation and the resulting depletion of resources and environmental degradation, giving his famed “Arithmetic, Population and Energy” lecture more than 1,700 times before he died last September.

“The clarity and power of this lecture, and the energy with which he gave it over a period of decades, made him a quintessential science communicator and the archetype for the kind of people that we hope the new center will develop and support,” Daniell said.

Bartlett was instrumental in establishing Boulder’s open space policies. As a CU donor, Bartlett inspired a scholarship for CU physics students who aspire to teach in high schools.

As a communication instructor, Daniell integrated sustainability issues into his lectures as he became increasingly concerned about climate change. In 2008, he created the Communication Project for Civic and Social Engagement (CASE), providing internship opportunities that enable CU-Boulder communication students to serve environmental-sustainability interests in their communities.

“That year I began to look for opportunities for students in my discipline to participate in and contribute to wider efforts to disseminate the threat of climate change to the general public,” Daniell said. “My original motivation in this effort was to explore partnerships with the scientific community.

“Vicki and I have done two trips to Antarctica, the first to South Georgia Island and the Antarctic Peninsula in 2008. In 2011, we spent a month on a Russian icebreaker in the Ross Sea. Last year we visited Finnmark in the Norwegian Arctic. Every time we go outside, whether on a hike in the foothills west of Boulder or to British Columbia, the Arctic or the Antarctic, we become more attuned to the fragility and the preciousness of our planet, its wildlife and wild places,” Daniell said.

Daniell’s teaching experience and travels to the Arctic sparked conversations with INSTAAR Director Jim White, the primary academic liaison for SEEC. Daniell envisions the complex of SEEC buildings, for which the effort to raise private support is intensifying, as a new way to learn—influenced as much by outside forces as by university leaders.

“Donations made toward SEEC today will be instrumental in creating a key facet of the university of the future,” Daniell said.

“Building a resilient future for us all is a major challenge for the coming decades,” White said. “It is our responsibility, as Colorado’s flagship university, to help search for solutions, train the problem-solvers of the future, and communicate what we know to the people of our state. That communication piece is so vital to forming a working partnership with Coloradans, and Vicki and Brian’s generous gift in Al Bartlett’s name is key to ensuring that the communication continues and improves.”

Shelly Sommer, INSTAAR’s information and outreach director, added, “We want everyone in SEEC to be able to share what they find with a broader public and be part of the conversation on sustainability. We need to not only be experts in our fields of interest, but also to listen and to speak to broader issues. The Bartlett Science Communication Center will help us learn to do that well.”

For more information view the SEEC brochure. To donate to SEEC visit this website.

“Building a resilient future for us all is a major challenge for the coming decades,” said INSTAAR Director Jim White, the primary academic liaison for SEEC. “It is our responsibility, as Colorado’s flagship university, to help search for solutions, train the problem-solvers of the future, and communicate what we know to the people of our state. That communication piece is so vital to forming a working partnership with Coloradans, and Vicki and Brian’s generous gift in Al Bartlett’s name is key to ensuring that the communication continues and improves.”
Categories:

The University of Colorado Boulder was highly rated in a number of subject areas in the latest World University rankings by Quacquarelli Symonds Ltd. (QS). END_OF_DOCUMENT_TOKEN_TO_BE_REPLACED 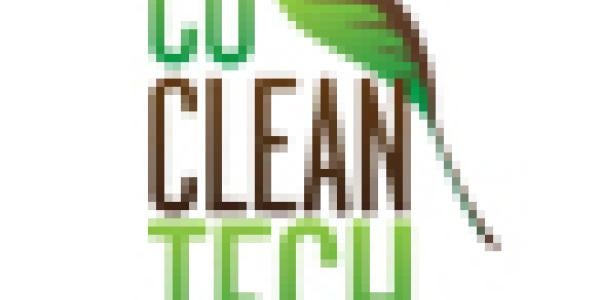 Regional student commercialization projects -- ranging from an advanced manufacturing technique that prevents the clogging of whey-producing machines to an unmanned aircraft that helps farmers reduce their energy and water use -- will be recognized at the CU Cleantech New Venture Challenge this week. END_OF_DOCUMENT_TOKEN_TO_BE_REPLACED

The University of Colorado Boulder today announced five finalists for Visiting Scholar in Conservative Thought and Policy. Within the next five weeks, four of the finalists will make one-day campus visits during which they will hold public forums. END_OF_DOCUMENT_TOKEN_TO_BE_REPLACED
Return to the top of the page