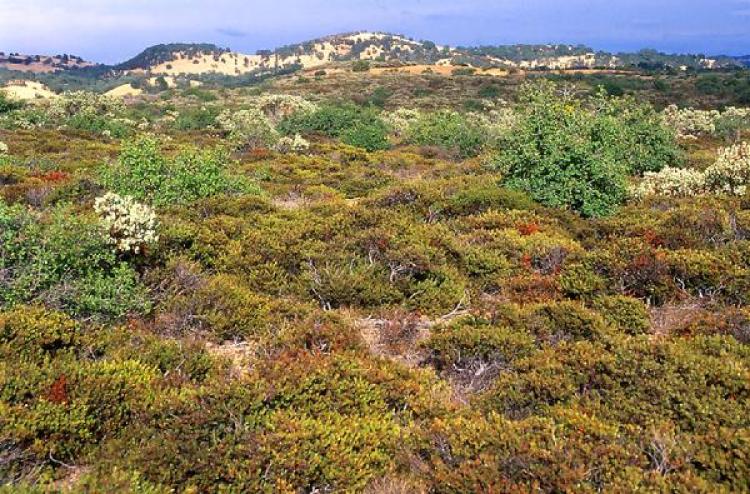 [This is the third in a series of interviews with past and current Timber contributors. In this installment, Social Media Coordinator Ryan Chang chats with Winter 2016 contributor Bonnie Chau about her forthcoming story, “Monstrosity,” about writing growing up Chinese-American in Orange County, CA, the confluence of images and sentences, and the writing about race.]

One of the reasons why I like this story so much is that it’s haunted by Orange County. I think haunting is an appropriate word, though it may not be for readers who know nothing about the place. Could you talk a little bit about how Orange County informs this story, and if being from there informs you as a writer?

Oh man, it’s going to be hard to talk only a little bit about how much I’m influenced by Orange County. I was just telling someone recently that I wouldn’t be into being labeled a “New York (or Brooklyn) Writer” (not that anyone is out there labeling me as any sort of writer at all); I feel like my identity—as a writer and otherwise—is very inextricably tied to Southern California. So many of the issues that I think about or struggle with, or that are important or interesting to me, have their roots in being from Orange County. The stereotypes—of suburbia, of the new planned city, the strip malls, the shopping malls, the strange confluence of the wealthy beach elite versus the trashy beach bros versus cities full of Chinese, Vietnamese, Latino communities, versus the very sterile, boring blankness of Irvine where I grew up… The conservatism. The conformity. The Christians. The juxtaposition of beach and desert. Others’ perceptions and opinions of Orange County and Southern California and the West Coast… And at the same time, feelings of loyalty and defensiveness. In many ways, the things you’re always thinking about end up becoming part of your identity. These issues and obsessions make their way into my stories as themes and recurring motifs, because I’m trying to pull them apart a bit, look inside, see if I can make more sense of any of it that way.

Also probably just because I live in New York and have such a chip on my shoulder about the superiority complex of the New York literary scene/East Coast academia/the Eurocentric canon, old versus new money, high versus low culture, etc., I feel like I just need to give Southern California its due. I love the vocabulary that I associate with the Southern California environment, the Spanish street names; I love writing about the landscape of the west, not just the beaches and deserts, but the other in-between places, the chaparral. That’s one of my keywords—chaparral. It was permanently implanted into my brain from all those elementary school field trips and science classes learning about native flora and fauna, and I remember being so shocked to realize that people on the East Coast (and in many other places, I’m sure) had no idea what it was. It’s basically the major plant ecosystem where I grew up—a lot of low-lying shrubs. Educational materials and activity books for kids are so deciduous-centric! The West needs to up its game on that. It can be kind of surreal to have it hammered into you as a kid in Orange County looking at these worksheets teaching you about seasons, like this is ur-winter, snow and bare branches, but you look around, and you think, “Um, that’s weird, that’s not what winter is like here.”

I’m always so desperate for spring to arrive in NYC. I start hallucinating, seeing leaves budding on tree branches a full month before it happens, but then when all the light green baby leaves start popping out, I feel kind of creeped out. It looks too yellow, too delicate, too alien-green to me. I’m used to the more neutral browns and greens of Southern California chaparral. Like cacti and Mediterranean-climate shit. It’s really important to me that the sensibility of that geography is present in my writing.

At risk of cliche, I’m curious about the genesis of this story. Did this start as an image or a sentence? Neither? I guess what I’m after is whether or not you’re a sentence- or plot-level kind of writer.

I write a fair amount about sex and bodies, because, like Orange County and Coastal Sagebrush, these are things I think about a lot, and at any given time I might have a handful of tiny, half-formed ideas about any of those topics floating around in my head. With “Monstrosity,” I think it started with the idea of being split into multiple selves, the idea of sex being the catalyst for some crazy transformation… Those are neither images nor sentences, maybe some sort of hybrid of the two. I might even say that the image and sentence are inseparable, because the image isn’t a neutral object. The instant I visualize a boba shop or a strip mall parking lot, there are already thoughts and words and history and prejudices attached to it.

I suppose I’m more a sentence person than a plot person. That’s kind of an understatement; I think many people who have read my writing, especially in the past several years, would agree very vigorously. I am so bad at plot. I guess I’m supposed to be working on that. When I was young, my dad would tell me stories, like, “Once upon a time, there was a butterfly,” and then go on to spin this funny, colorful, wacky story, and then he would be like, “Okay your turn now.” And I would be like, “Okay, once upon a time, there was a butterfly, and then one day it died. The end.” Because I just couldn’t come up with a real plot. I’m not even kidding.

I’d like to echo your narrator’s desire and say that it’d be easier to have someone else be Chinese for me, but also completely disastrous. We’re not alone in this; it’s symptomatic for many Chinese- and Asian-Americans. Is this something that also informs your artistic practice overall?

Right, I guess it’s this passing notion that it might be a great idea to pass off the burdens and responsibilities of being Chinese, the Asian- part of being Asian-American, to someone else, and that what would be left would be like some ultra pure and stripped-down artist, creating pure and perfect art in a vacuum, feeling so light and free, moving so much more easily. The writing world version of the white cube museum or the black box theater, you know? Showcase the art, the language. But that doesn’t actually seem appealing to me at all. I think I would be afraid of what might be created in that vacuum—it just sounds sinister, doesn’t it? I should write a version of “Monstrosity” where the main character sees not herself, but Michael Herrick Hudson, or whatever that guy’s name is, some random white dude, who’s going to shoulder the responsibility of being the Chinese her. Haha.

When I was younger, most of the short stories I wrote tried to keep the characters race-neutral. I wanted the possibility that the main character(s) could be any color. Like I wanted them to be… clear? I certainly didn’t write about race or ethnicity explicitly, as a topic. Why would I? My elementary school was 95% white; being not white was something that had brought me grief for a significant chunk of my childhood, and I didn’t want it to bother me on the page. I don’t think I’m exaggerating much if I say that when I was a kid, aside from my Chinese family, my few Chinese family friends, and Chinese food, in no other way did I feel like being Chinese had any benefits.

In college, I had this one short story I turned in for a fiction workshop, and my teacher, David Wong Louie—this sharp, cynical Chinese-American ex-New Yorker—wrote some pretty great comments in response. He said that there were a few details in the story that seemed to slightly hint that the character was Asian, and perhaps I could explore that? It wasn’t until much later that I actually started exploring that, but I think the incident really stuck out, because not only was it maybe the first time anyone had ever suggested that to me, but he was someone I really respected and admired and who seemed to have some sort of authority in the field.

I’d spent all this time wanting to be someone or somewhere else, and then I got somewhere else, but I couldn’t ever really escape being from Orange County—I was always going to have grown up in the city that, year after year, is ranked as the number one safest large city in the country. And I was always going to be Asian-American. I think writing about these things, allowing them to seep into my artistic practice, has accomplished some sort of, like, energy transfer. Like, transforming albatrosses into neck pillows or lovely scarves or some shit. Few things have I struggled with more than trying to navigate ethnicity and gender, so what better way to inject conflict into my writing than by exploring those themes?

Bonnie Chau is from Southern California, where she studied art history and English literature at UCLA, and ran writing programs at the nonprofit, 826LA. She received her MFA in fiction and translation from Columbia University. She is a Kundiman fellow, and her short stories have appeared or are forthcoming in Flaunt, Columbia Journal Online, AAWW’s The Margins, and Drunken Boat. She works at the nonprofit, Poets & Writers, and also as a bookseller at an independent bookstore in Brooklyn.