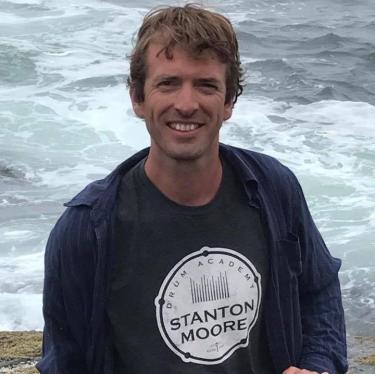 Stephen joined the department in January, 2011, and is excited to be part of the team.  Stephen has a BA in Theatre Arts from Earlham College, Richmond, IN, and a Master’s degree in Landscape Architecture from The University of Colorado—Denver.  From 2001-2004, he worked as Technical Director of the Mary Moody Northern Theatre, an equity theatre-in-the-round at St Edward’s University in Austin, TX, where he also had the opportunity to design, direct, and act in main stage productions as a member of the Actor’s Equity Association.  As a journeyman member of IATSE # 35 (International Alliance of Theatre and Stage Employees) in Austin, he worked in a variety of venues in a number of different roles–from carpenter to electrician to running crew–before leaving the Union as a member in good standing to move to Colorado in 2004. Stephen lives in Longmont with his two kids, one dog, and eight chickens.