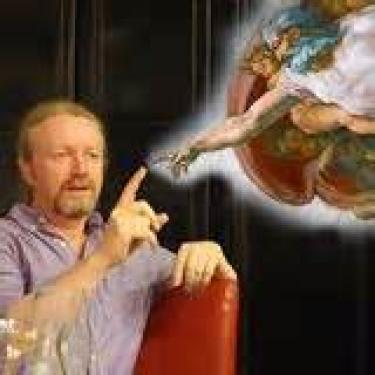 Professor Court comes to us from Cal Arts, where he was the Lighting Designer and Technical Director for their School of Dance.

Originally from Sydney, Australia, Iain Court has worked as a designer and productionmanager/stage manager as well as performer and director across all genres ofperformance and in theatres throughout Australia and touring Europe and North America.  His principal interest is in Lighting Design and he has lit works in medieval churches, circus tents, on river banks and in haunted houses as well as many theatres. He has along association with Igneous Dance Company in Australia and has worked with a lot of interesting Aussie choreographers including Garry Stewart, Paul Mercurio, Elizabeth Dallman, Michael Waits, Ros Crisp, Graeme Watson and Helen Herbertson.

In the USA, Court has worked with Luna Negra, DaZain, Lisa Giobbi Movement Theatre, Keely Garefield Gerald Casel, Beth Corning, Milwaukee Ballet, Julianna May, Juliette Mapp and others as well as recreating lights for works by Amercian masters including Mark Morris, Arnie Zane, Laura Dean, Garth Fagan, Alwyn Nikolais, and Martha Graham. He also has an interest in new media performance and has collaborated on installations and touring productions.

Professor Court has been involved in arts education for over 20 years, teaching at the Australian National Institute of Dramatic Arts, as chair of drama at Wesley Institute, developing the technicians’ training programs for the Sydney Opera House and consulting on National Standards for the Entertainment Industry in Australia. He was the production manager and lighting designer for the Department of Dance at University of Western Sydney for 11 years and at the University of Wisconsin Milwaukee from 2006 to 2012. He won the David Helfgot award for his contribution to Accessible Arts in Australia. Most recently he also performed with Theatre Gigante in the self devisedwork “Our Our Town”.