Home About Us Aerialist and Alumnae Terry Sendgraff Passes 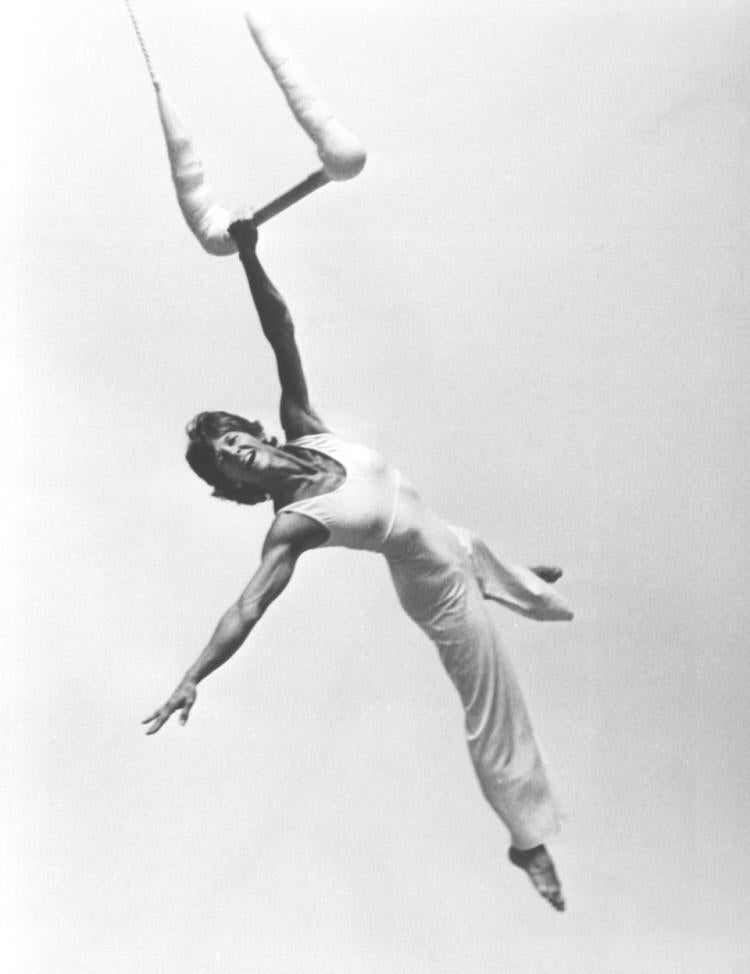 Thank you to Nancy Smith for sharing the following:

An icon in the San Francisco Bay Area, Terry influenced the fields of performance, improvisation, and aerial dance. Her reach extends nationally and internationally, and can be felt in the bodies of artists, friends, and colleagues across all disciplines. She has been called the “mother of aerial dance” because of her impact on so many aerial artists.

Terry was born on October 12, 1933 to Harold (Terry) and Ruth M. Dolson in Ft. Myers, Florida where her desire to dance and to fly was first ignited. Her family relocated to New Castle, Pennsylvania when Terry was nine. Terry earned her BA in Recreation from Pennsylvania State University in 1955.

Teaching in the public schools of Colorado, Terry fashioned a career in both dance and gymnastics. She was involved in crafting the earliest national standards for competitive gymnastics for girls and women, earned her MA in Dance from the University of Colorado, Boulder, and coached women’s gymnastics and taught dance at Arizona State University. During her studies, Terry’s exposure to the work of Alwin Nikolais, Jose Limon, Charles Weidman. and Merce Cunningham were a great inspiration, nourishing her developing aesthetic.

Invigorated by the rigor and structure of the forms she was studying, Terry was increasingly drawn to awareness-oriented movement forms and fueled by the freedom of improvisation. Determined to find her own dance, Terry moved to California where she developed a movement and performance practice, pedagogy, and opus that blended her extensive dance and gymnastics backgrounds with her passion for improvisation and the emerging counterculture of 1970’s Bay Area. Terry’s teaching style was influenced by the developing “Motional Improvisation” work of her mentor and lifelong friend Al Wunder.

Years before the term aerial dance was popularized, Terry had a studio full of flying dancers working from her innovative low flying trapezes. She named her work Motivity. Terry is credited with discovering and deploying in performance the single point trapeze that allowed expansive possibilities not seen with parallel rope trapezes. Over time, aerial dance emerged as a popular post-modern dance genre that has grown and taken root as an almost ubiquitous part of the contemporary performing arts vocabulary.

The essence of Motivity, though, was Terry Sendgraff herself. With her keen ability to elicit the gifts and unique voice of each student, she helped them to hone their aesthetic values. She used a system of heightened sensory awareness while on the ground and in the air, a rigor of practice in the present moment that called out the best and the wholeness of her students and colleagues. Motivity was an embodied blend of personal, political, and spiritual.

While Terry’s choreography ranged from whimsical to profound, and her performance persona from innocent to sophisticated, her audiences were treated to unexpected surprises. Between 1974 and 2007, Terry created over three hundred performances including her celebrated birthday performances (1974-83) and her unprecedented A Year of Sundays (1977-78). Performance venues ranged from a golf course fairway to a proscenium stage. She directed several distinct but related dance companies including Fly By Nite (1978-1980)—the first women's trapeze dancing troupe in the country—and the Motivity Company (throughout the 1980’s and beyond).

An irrepressible art spirit, Terry Sendgraff kept innovating. In addition to her multi-level trapezes, she was among the first to use bungee cords in dance performances. Struck with breast cancer in 1984, her process, her recovery, and her one-breasted body became the subject of several pieces including one of her most memorable (and acclaimed) works, Hovering (1988). Launching into another performance medium, Terry took up stilt walking at age 57 to create Women Walking Tall (1991-95). Originally a commissioned performance for the Michigan Womyn’s Music Festival, Women Walking Tall expanded to a community project that empowered hundreds of women to walk, dance, and perform on stilts.

The enthusiasm that met Motivity—both the aerial work and her teaching of sensory awareness, presence, and improvisation—led her to explore more deeply what she called the marriage of the “motional and the emotional,” by earning a master’s degree in Clinical Psychology from John F. Kennedy University in 1986.

Terry Sendgraff received many honors throughout her career, including Isadora Duncan Dance Awards for Solo Performance (1989) and Sustained Achievement (2005). She was a featured artist and faculty member at the Annual International Aerial Dance Festival in Boulder, Colorado (1999-2005). Her career was also chronicled by Jeff Friedman as an oral history for The Legacy Project (1991). She received numerous grant awards, most notably a Choreographer’s Fellowship from the National Endowment for the Arts (1993-1994) and Artist Residencies from the California Arts Council (1993, 1994). In 1990, PBS aired Can You See Me Flying: A Portrait of Terry Sendgraff, by filmmaker Fawn Yacker. A larger than life sized bronze sculpture of Terry is part of a group of sculptures called Dance (1974), created by John Waddell that can be viewed in front of the Herberger Theater Center in Phoenix, Arizona. She published her memoir Can You See Me Flying: Memoir of an Aerial Dance Pioneer in July 2018.

Terry is survived by her loving wife, partner, and best friend of nearly 35 years, Aileen Moffitt. She will long be remembered and celebrated by a large group of loving friends, colleagues, collaborators, dancers, and students.

Memorial gifts can be made to the Terry Sendgraff Scholarship Fund or to the charity of your choice. Scholarship donations can be made to http://coloradogives.org/TerrySendgraff  (Frequent Flyers International Aerial Dance Festival) or http://www.zaccho.org/?sfaaf_terry-sendgraff (San Francisco Aerial Arts Festival). For information regarding the fund or for details of Celebration of Life to be held in November, please contact terrysendgraffmemorial@gmail.com. 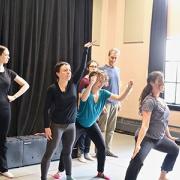 In the hands of these actors, theatre builds bridges 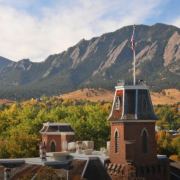 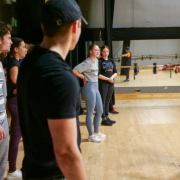 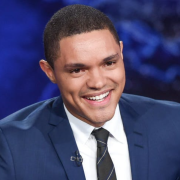 A little humour may help with climate change gloom 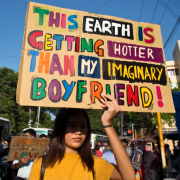 Leave ‘em laughing instead of crying: Climate humor can break down barriers and find common ground
END_OF_DOCUMENT_TOKEN_TO_BE_REPLACED
Return to the top of the page