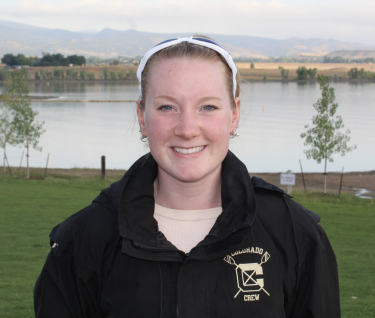 McKayla started her rowing careers as a junior in high school for Westford Littleton Community Crew, her time there was spent between rowing, coxing, and coaching.  Her senior year was spent stroking the Varsity LTW 4+ to USRowing Youth Nationals in Sarasota Fl, where they placed 9th overall.  Appearing also at the Canadian Henley in 2014 racing in a pair, 4+ and 8+.

McKayla pursued her passion for rowing at the University of Delaware where she raced in the Varsity 8 all four years of her career.  Some of her highlights include, a 3rd place finish at the Dad Vail Regatta in 2016, winning Head of the Occoquan three years straight and getting 2nd in their conference championship in 2018, all the top varsity eight.  Also, in Mckayla's time at Delaware, she was waitlisted for the U23 National Team to practice and compete at worlds in 2018 but was unable to compete due to an injury.

Mckayla has also coached since high school where she assisted with the towns middle school Learn to Row programs. She continued her passion for coaching in college by first working as a volunteer coach for a nonprofit high school program, Wilmington Youth Rowing Association.  After one season of volunteering as an assistant coach she was hired full time as the Head Coach for the men’s team.  Mckayla is excited to continue coaching as the novice women’s coach for Colorado Crew.

McKayla graduated with a bachelors in neuroscience and cognitive science with a minor in biology from the University of Delaware and is currently continuing her education at the University of Denver where she will pursue a master’s degree in social work and international human rights.

We are lucky to have McKayla on our coaching staff and excited for her to shape the next generation of Colorado Crew women’s rowing through her capacity as a novice coach.