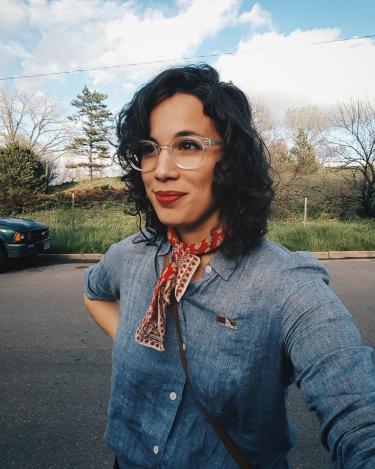 Taiko Haessler finds the classroom to be an inspiring laboratory of new ideas, with students and their growth as critical thinkers at the center of her teaching model. Haessler has taught all levels of language classes and a variety of literature courses for the department. She is the GTP's Lead Teacher in the Spanish and Portuguese Department for AY 2018-2019.

“The Saint and Her Sinner: Identity Negotiations in Isabel of Aragon and Denis I of Portugal”

“Saint of the Silver Screen: Queen Isabel of Aragon’s Legacy in the Twentieth Century.” Miríada Hispánica 2016

“Vataça in the Court of Dom Dinis: The “Other Woman” in the Court of Medieval Iberia” presented 7th Annual Graduate Student Conference. University of Colorado, Boulder, 2017

“Crowned on Earth and in Heaven: The reign of the Saint-Queen, Isabel of Aragon” presented: 6th Annual Graduate Student Conference. University of Colorado, Boulder, 2016

“The Saint Queen’s Gift: The Arrival of the Franciscan Orders in Portugal” presented American Association of Italian Studies Conference, 2015

“The Vibrant Life of a Tomb: The Material Self-Fashioning of Isabel of Aragon” presented 5th Annual Graduate Student Conference. University of Colorado, Boulder, 2015